In Chinese culture, they believe gold (yellow) bring fortune and joy, and the color purple has a long association with royalty, power, and wealth in the western world. It seems the Chinese owner of this Huayra Dinastia combined those two powerful colors to the fullest by giving his brand new car a stunning makeover. Back in 2014 when Pagani announced the Huayra Dinastia, it was confirmed to be a limited edition of just 3 examples. Apparently, they had a change of heart when the owner this car showed up with his order. 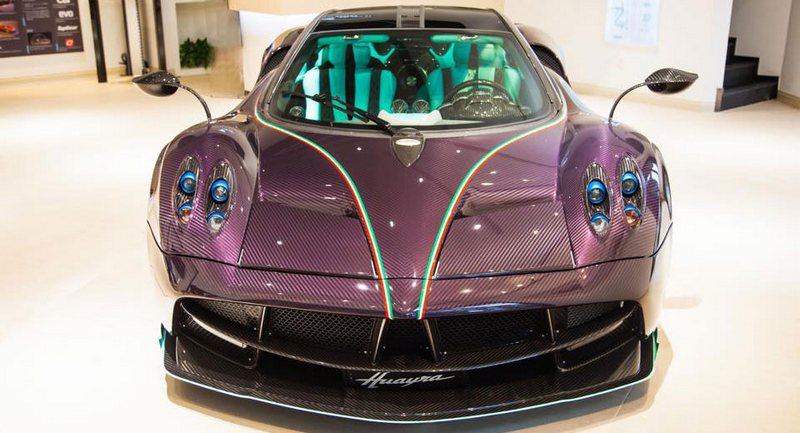 The original 3 examples of the special edition launched to celebrate the opening of Pagani China Automotive Limited came in carbon fiber bodies in gold, blue and red. This purple version named Yazi has the same specifications as the other three but also received some optional features. The decorative wheels extended carbon fiber splitter and rear diffuser is part of the Pacchetto Tempesta package. Custom side skirts and a special fin on the docklid with a unique graphic included. 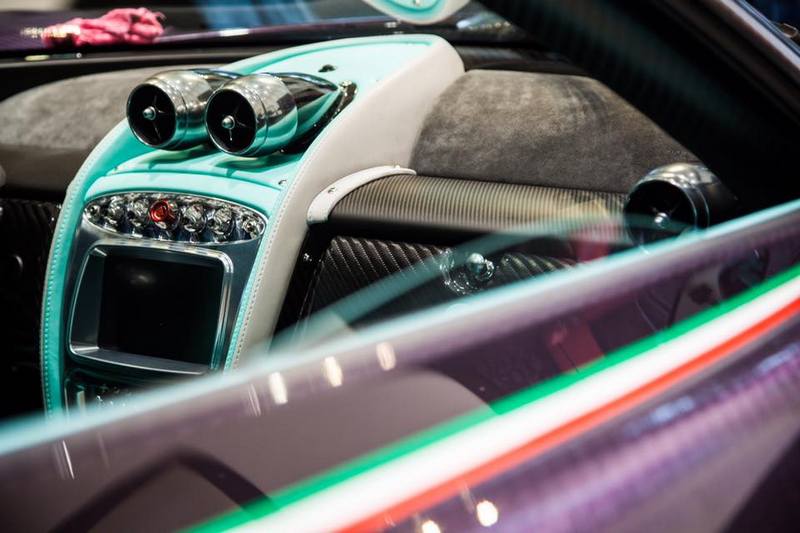 The interiors feature a lot of carbon fiber as well, this in addition to plenty of black Alcantara. Bright turquoise is visible inside and outside. However the turquoise-clad seats, stitches, and leather on dashboard look simply magnificent as it contrasts well with the plum purple of Pagani Huayra Dinastia exteriors. 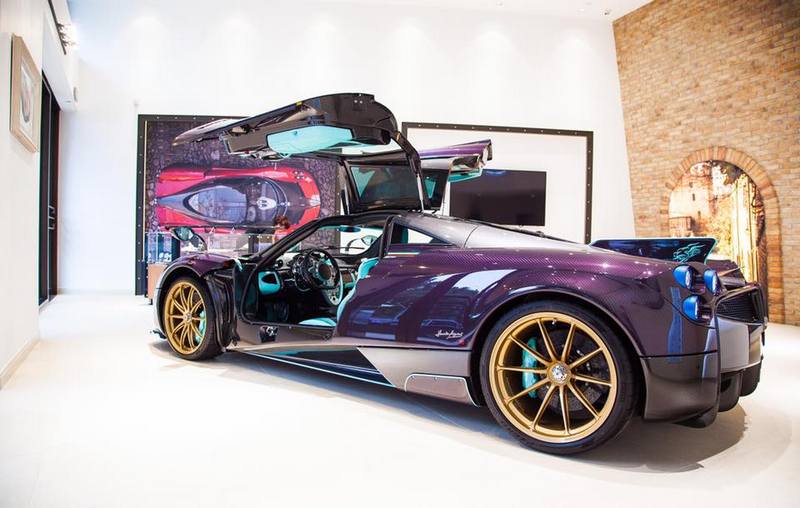