It seems Dubai Police Department is on a short break from adding new supercar models to their fleet. The latest addition to law enforcement agency is a mini robot car equipped with facial recognition technology and a companion drone that moves a lot slower than supercars. Named O-R3, by the end of this year a fleet of these slow moving robot cops will begin to man the streets of Dubai to identify and track suspects, though they’ll leave actual catching of offenders to real cops. According to its Singapore-based manufacturer Otsaw Digital, this is the first ever drone equipped car in the world – big or small. 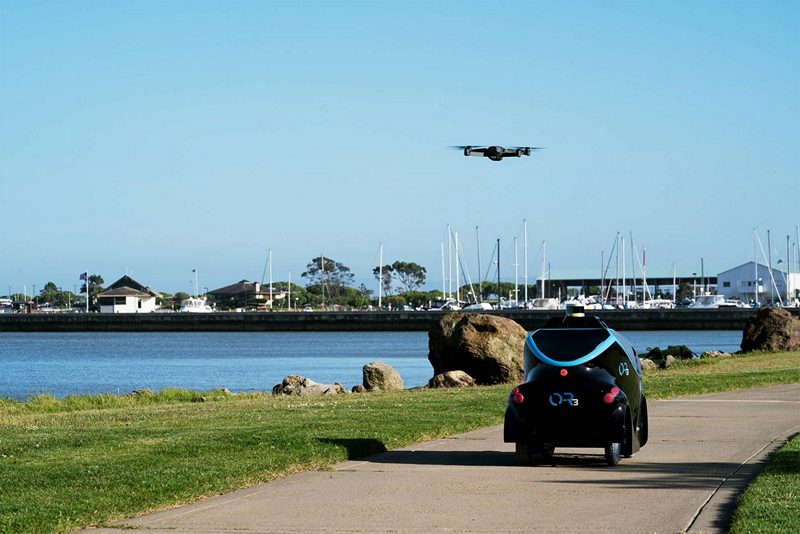 The O-R3 moves at a very slow speed, reports say during demonstrations it only moved at a stroll’s pace. It can navigate on its own by using machine-learning algorithms and also controlled remotely from a computer dashboard, which is a great asset as it helps avoid putting lives of security personnel in danger unnecessarily. Other advanced features include thermal imaging and license-plate readers.

According to Otsaw, the car recharges itself, making it capable of operating non-stop 24/7. Abdullah Khalifa Al Marri, the head of the Dubai police said in a press release “We seek to augment operations with the help of technology such as robots. Essentially, we aim for streets to be safe and peaceful without heavy police patrol.”

This robot car cop is not their first high-tech law enforcement member. Last month they introduced the world’s first police bot, not to patrol or hunt bad people, but to monitor tourist attractions. Affectionately called “RoboCop”, the bi-lingual robot currently speaks English and Arabic, they plan to turn it into a multi-lingual robot by adding two more languages. There are plans to introduce more robots in the next few years, including a 10-foot-tall version with a 50 mph speed – the best thing about this robot is it can be controlled by a human officer riding inside its frame and it can carry heavy equipment. Dubai’s long-term plan is to fill 25-percent of its police force with robots, by 2030.