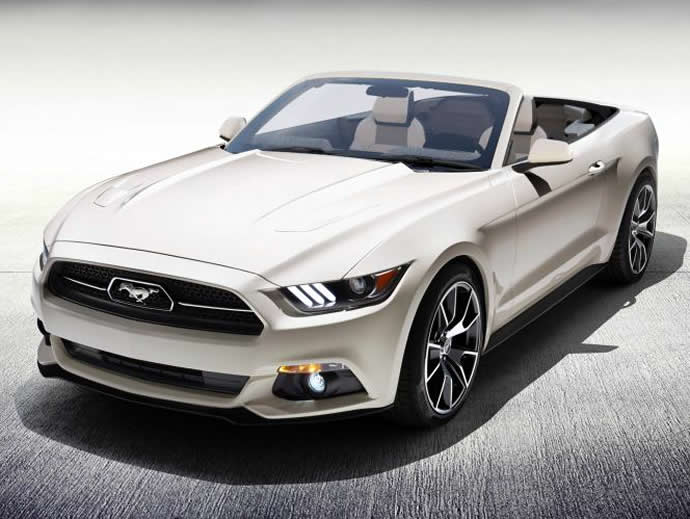 Last month at the New York Auto Show, Ford Motors celebrated the 50th anniversary of the iconic Mustang. Big part of the celebration was the unveiling of the Mustang 50 Year Limited Edition, of which only 1,964 examples will be made, based on 2015 V-8-powered Mustang GT fastback coupe. Ford just announced they are adding one more car to the 50 Year special edition, a convertible named, 2015 Ford Mustang Convertible 50th Anniversary Edition . Keep in mind this will be the only convertible from the anniversary edition.

Only difference between this car and other 1964 special editions is the roof. Everything else is imported from the coupe to this car. Exterior and interior feature list include Wimbledon White paint, corralled pony emblem, chrome accents, aluminium dashboard, “50 Years” badge, two-tone cashmere and black leather seats, contrast cashmere stitching and 19-inch wheels.

As with the coupe, this too will be fitted with a V-8 powered 5.0 liter engine that deliver 420 hp and 390 lbs of torque with a manual transmission. The special Performance Package available includes Brembo brakes, a limited-slip differential, an automatic gearbox and Pirelli P Zero tires. 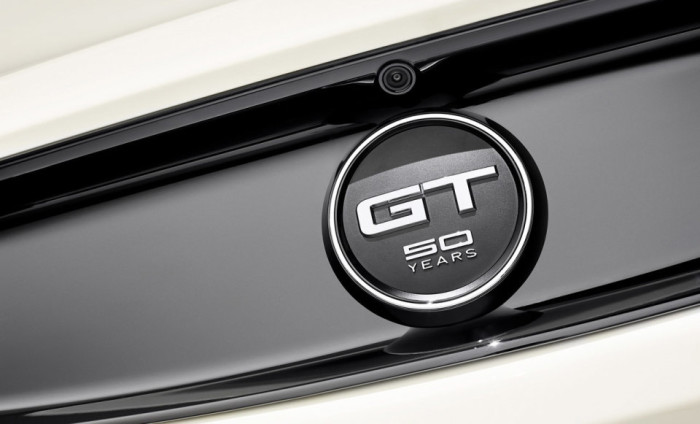 Ford also wants to make sure that everybody you know, knows, this is the one and only of its kind. As proof, they’ll include a badge on the instrumental panel engraved with the signature of Ford Motor Company Executive Chairman Bill Ford, and serial number 0001 of 0001.

There is only one way to be the owner of this one-off special edition Mustang convertible. Ford plans raffle it off on Mustang Alley in Ferndale, Michigan during the Woodward Dream Cruise on August 16, with all proceeds going to the National Multiple Sclerosis Society. Tickets are $20 each and you can buy online at www.ford4ms.com and by phone calling 800-243-5767. 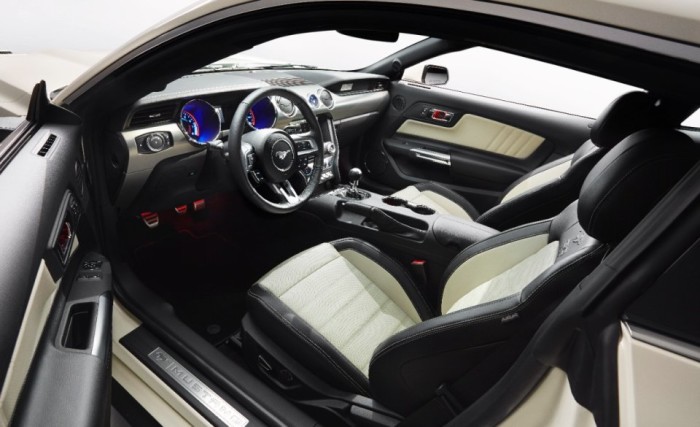 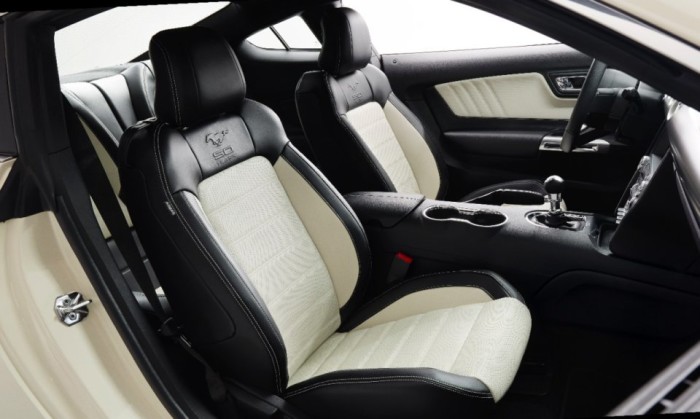 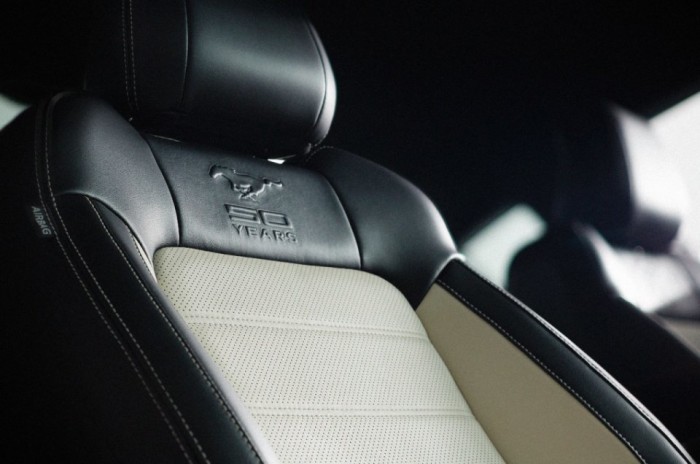 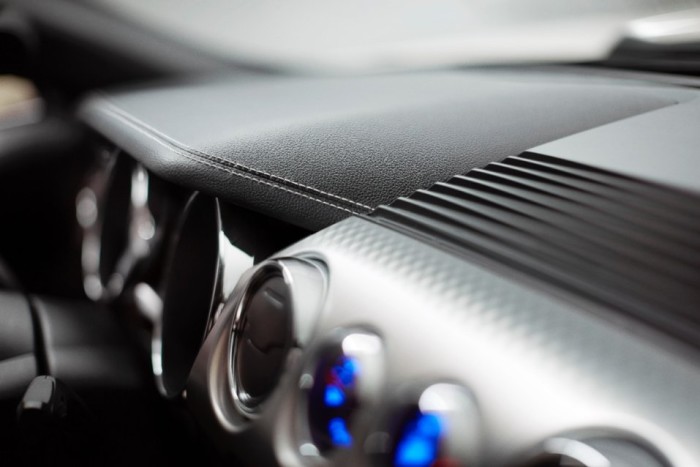 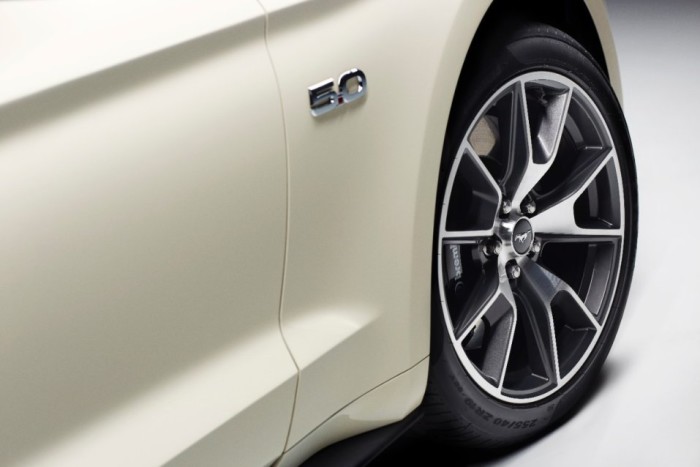