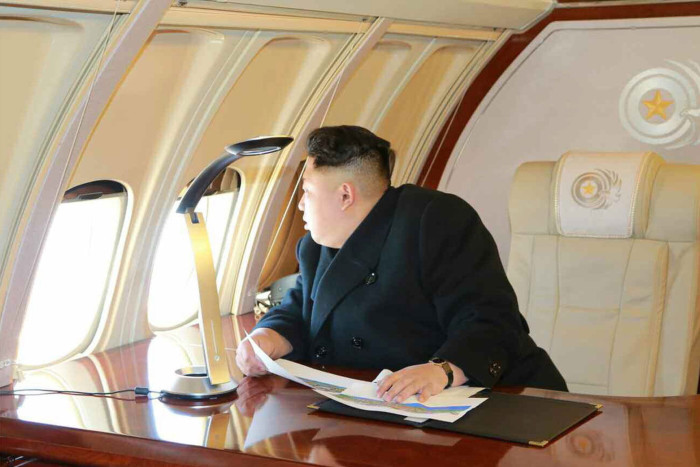 Comrade Kim Jung-Un, unlike his father loves to fly. He is also so much like his fellow dictator comrades loves to preach about things he can’t practice. Just as to prove this point he has taken to the skies aboard his private jet for a tour around Pyongyang for a bird’s eye view of a building construction project in progress. His luxury sky ride is a Soviet made, Cold War era Ilyushin IL-62M aircraft. When Ilyushins first took to the skies in 1963, it was the world’s largest airplane.

By the looks of it, the old airliner has received considerable interior upgrades. It now has comfy seats, plush carpets, a rosewood desk and a communication system. Photos released by government-run North Korean Central News Agency shows Mr. Kim in discussions with uniformed officers and also on a telephone conversation while poring over a building plans. 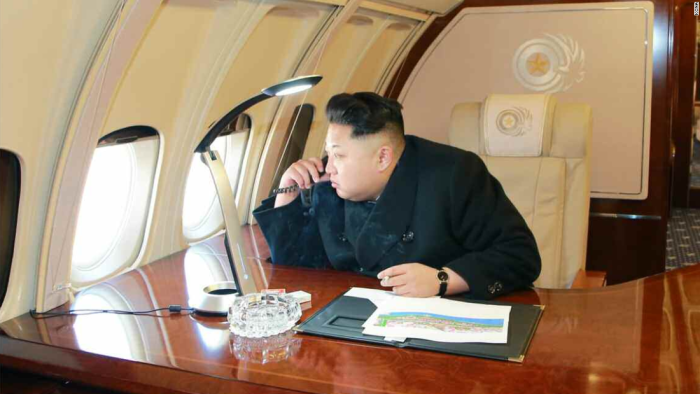 The said building is a housing complex for country’s elite scientists with 500 apartments. The complex will feature a barber shop, beauty salon, laundry, bathhouse, shop and library. The KCNA noted that Mr Kim “expressed great satisfaction” about the building complexes’ progress that “have sprung up like mushrooms after rain thanks to the devoted struggle of soldier builders”.

Records show as of 2012 only 27 Ilyushin IL-62 aircrafts are in active service. Kim Jong-Un’s upgraded private jet is one of them. 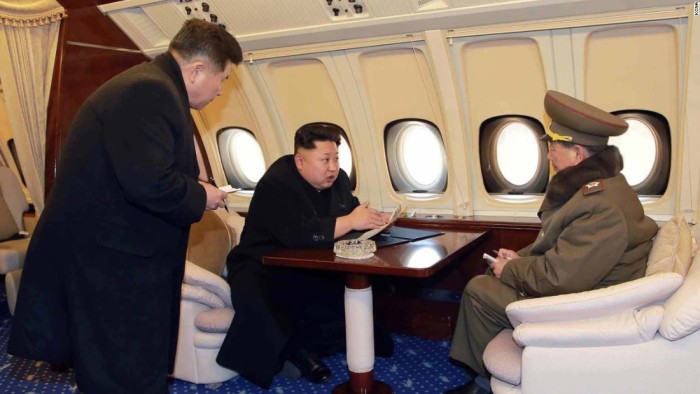 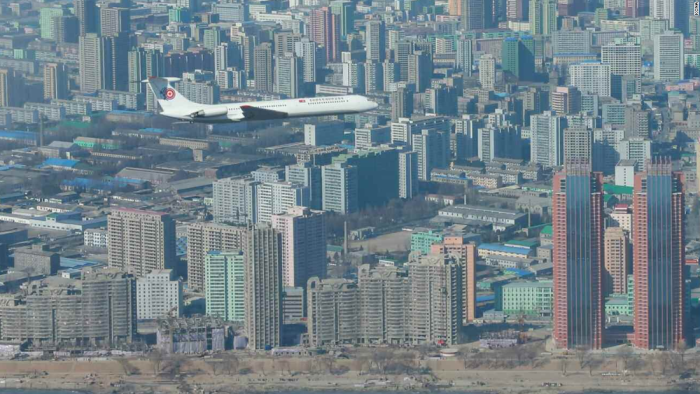 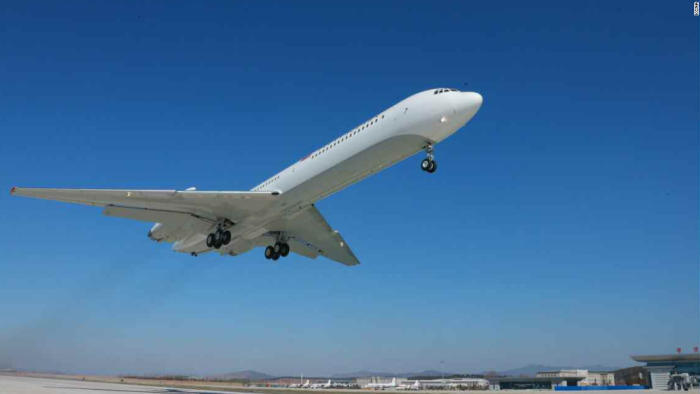 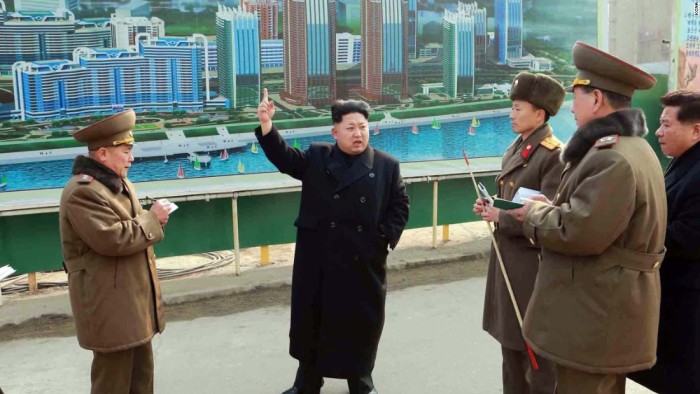