Would you take an open-top Mercedes-Maybach SUV on a safari? It was not an option before because we didn’t have a Mercedes-Maybach SUV until now. German automaker plans to unveil the first twin-branded SUV, named G650 Landaulet next month at the 2017 Geneva Auto Show. Most automobile enthusiasts expected the new SUV to be based on the GLS range, Mercedes instead chose the G-Class. Last November. You may want to hurry up – there will be only 99 examples for all 7 billion of us on this planet. 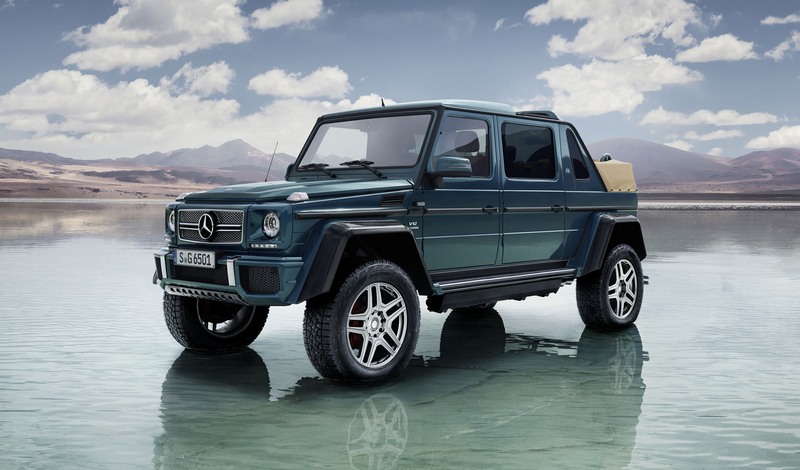 Unlike most Jeep versions with fully open frames and roll-up windows, the G650 Landaulet feature fully automatic, open-top on the back and extending seats borrowed from the S-Class. On the front, the driver and passenger area have a permanent roof. There is a tinted partition glass between the front and rear – the tint is of electronic variety and easily controlled by a push of a button. 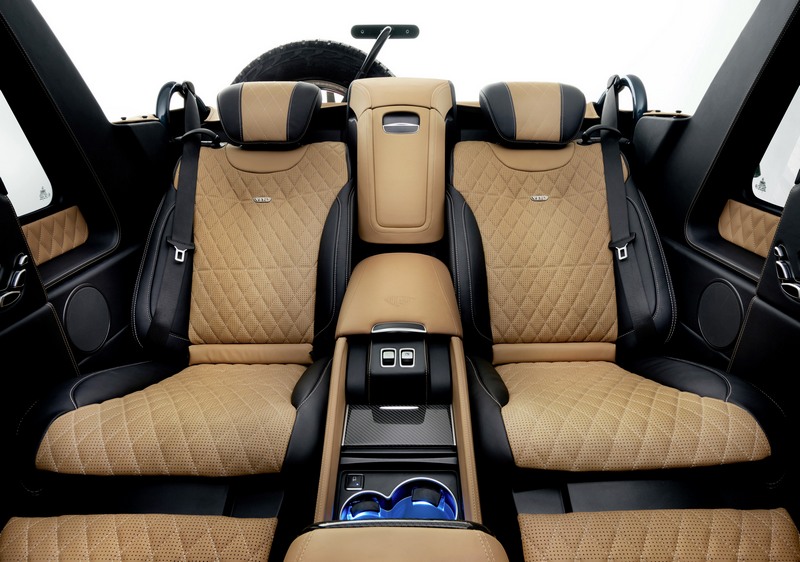 Those comfy backseats also have a massage function – really useful on your way back after a muddy safari. Interiors are packed with other comforts as well – temperature controlled cupholders, folding tables, and two 10-inch entertainment screens. Interior and exterior decor include high-grade leather trim with diamond stitching, chrome-plating and three color options for the roof. 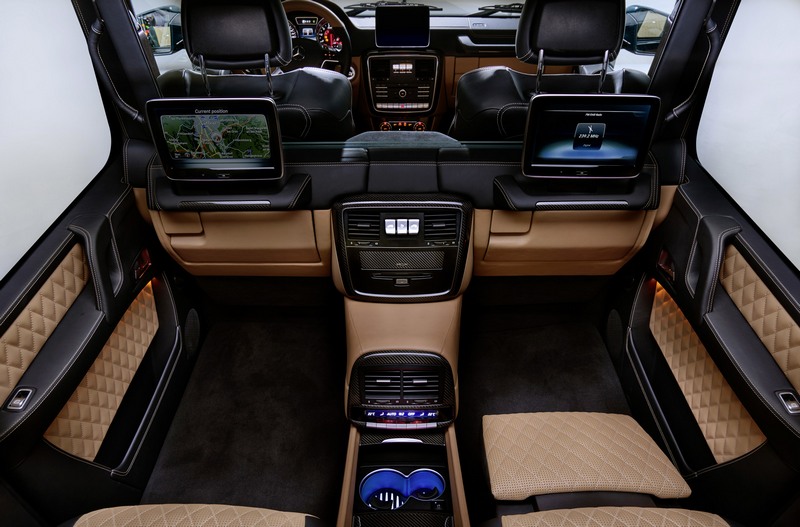 For off-road activity, higher the ground clearance the better, the G650 Landaulet come with almost 18-inches of carbon-fiber made high-riding portal axles. The four wheeler with G500 4×4² gear is complemented by carbon fiber made fenders. The power to drive on all terrains comes from Mercedes’ twin-turbocharged 6.0-liter V-12 engine, which offers 621 of horsepower and 738 pound-feet of torque. All in all, the G650 Landaulet is as easily maneuverable as the G500 4×4². 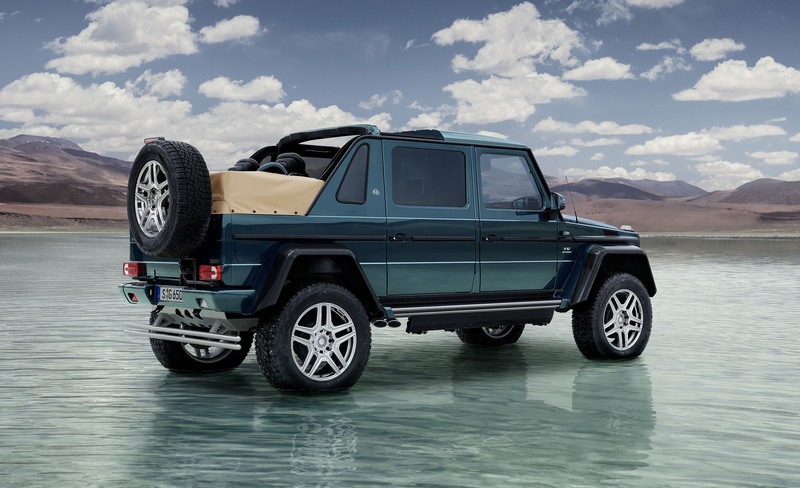 The G650 Landaulet is expected cost more than the G500 squared, which has a $240,000 starting price. The G650 Landaulet is the last to be based on the original G-Class model. The G-Class has been around since 1979 and Mercedes is about to release the redesigned version. This year’s Geneva Auto Show starts on March 9.