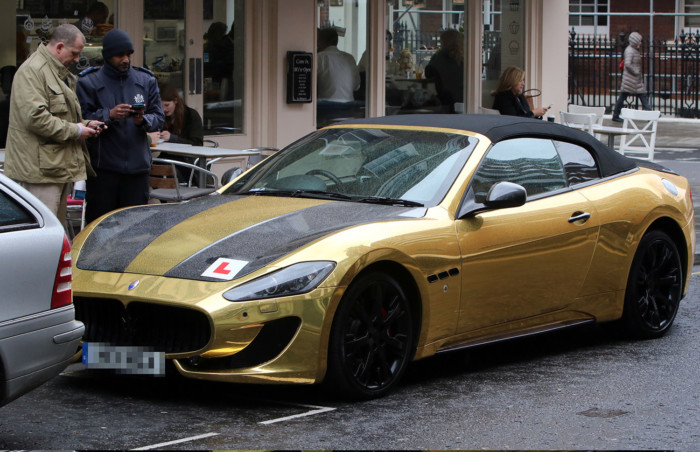 With weather getting warmer in the Northern Hemisphere, millionaires and billionaires of all ages from the Middle East started their annual migration to Europe along with their fast and flashy cars. Apparently a 20-year old with a gold Maserati already got himself into trouble in London. The young and restless driver drove the £90,000 Gran Cabrio in and around London with an “L” plate planted on the front the car. He didn’t get into trouble for driving with an “L” plate on a rainy day. He did however received a ticket for parking it illegally on the Edgware Road outside a café. 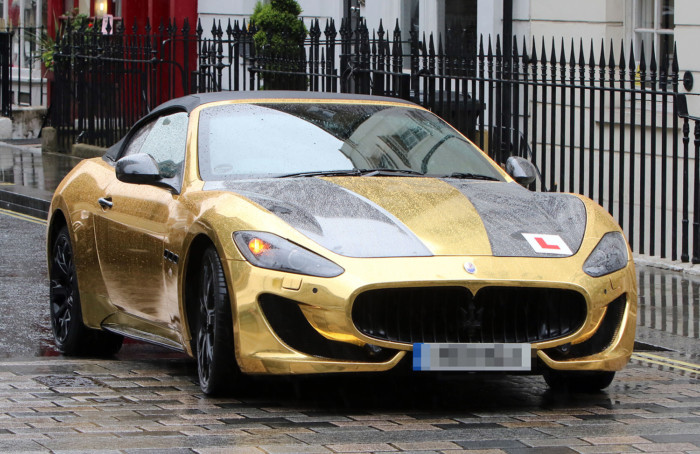 The car was spotted by Visa executive Nick Jones while on his way to work. He took a picture and posted it on Twitter. Of course few of his followers ended up making sarcastic comments including one that said “Learning how never to get out of second gear” along with the hashtag #DrivingInLondon. 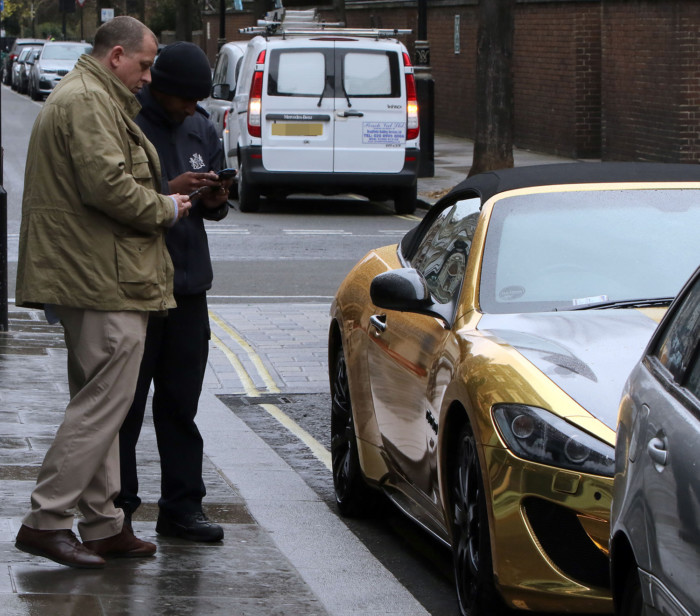 For a 20-year old driving a luxury car with an “L” permit, a parking ticket is just pocket change. However, the above picture shows his worried friend (most like an employee) talking to the traffic warden about the ticket. Unconcerned even after getting the ticket, young man spent another hour inside before driving off with a friend. In the summer months we are going to see more stories about fancy cars from London and Paris as usual. 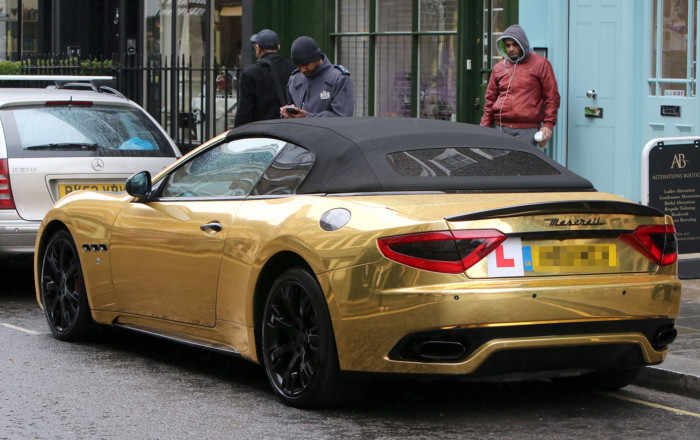