Steve Sammartino and Raul Oaida through their crowdfunded Super Awesome Micro Project have done an awesome job of building a movable life-sized LEGO car. In all the duo spent $60,000 on more than 500,000 LEGO bricks. The car except for the tires, wheels, and pistons are made entirely from standard LEGO bricks. It provides seating for two adults and capable of going at a top speed of 20 mph.

The car is powered by four LEGO made engines with 256 pistons, and runs on air. Built in Romania, it was shipped to a secret location in Melbourne, Australia prior to its unveiling. According to Sammartino, they built the car based on Hot Rod design because “hot rods are cool,” though some in the virtual world didn’t like the black and yellow idea. 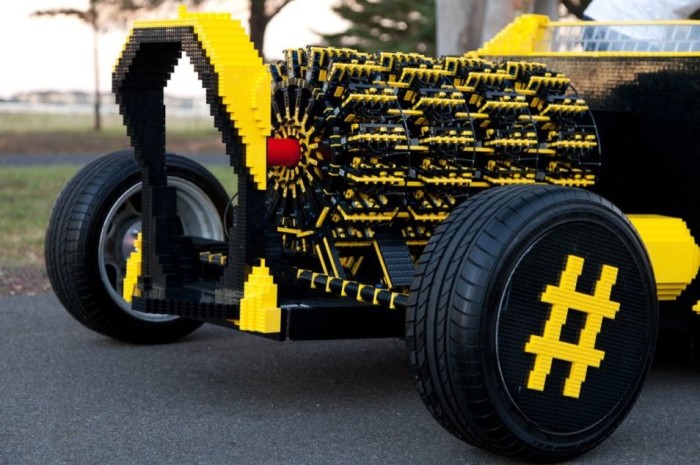 It all started with a single tweet from Melbourne-native Steve Sammartino and the not-so-serious prospectus he sent to budding “advanced human” investors. Sammartino managed to get the necessary funding from 40 Australian backers in the end. It was built in Romania by the talented 20-year-old technologist Raul Oaida.

Sammartino told the Australian podcast Beers, Blokes and Business that during shipping car got damaged extensively because it had gone across the Equator and LEGO pieces got distorted due to freezing and heating up. They managed to repair it with new bricks, but now drive slowly to avoid “LEGO explosions.” 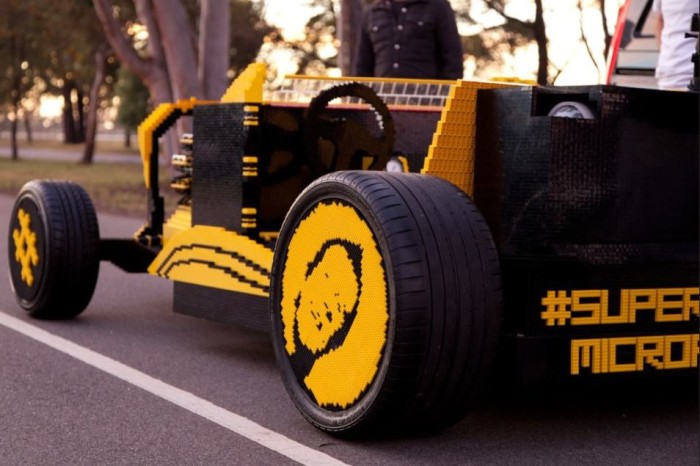 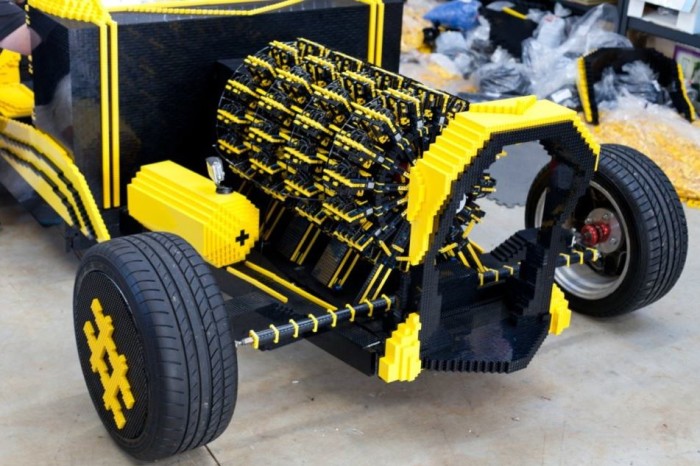 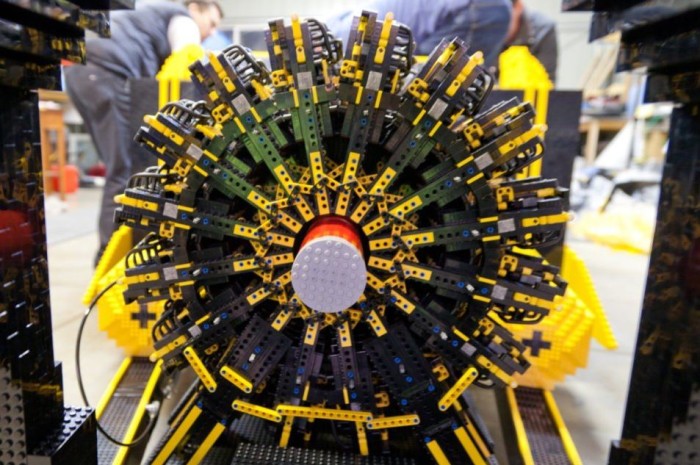 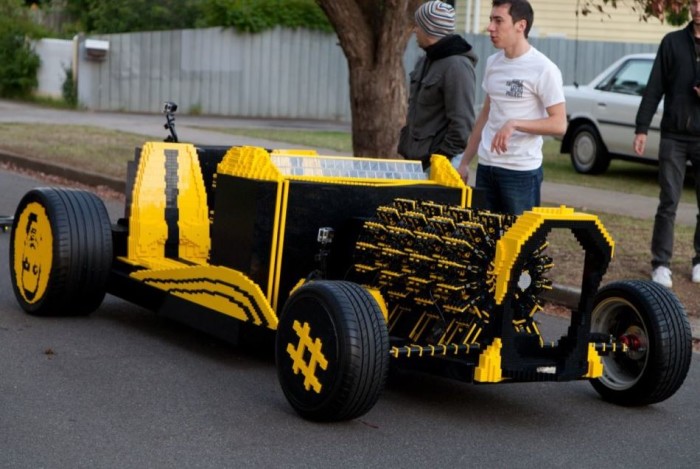 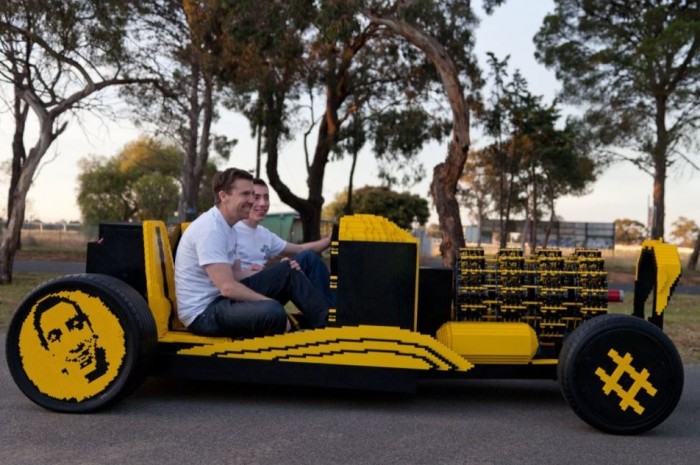