Supercars and Italians go hand in hand. So it can’t be a surprise when Bologna Airport unveiled their latest, a Lamborghini Huracan Follow Me car for international flights. I am not sure, but this can be a first in the world unless Dubai has already taken care of this little issue. 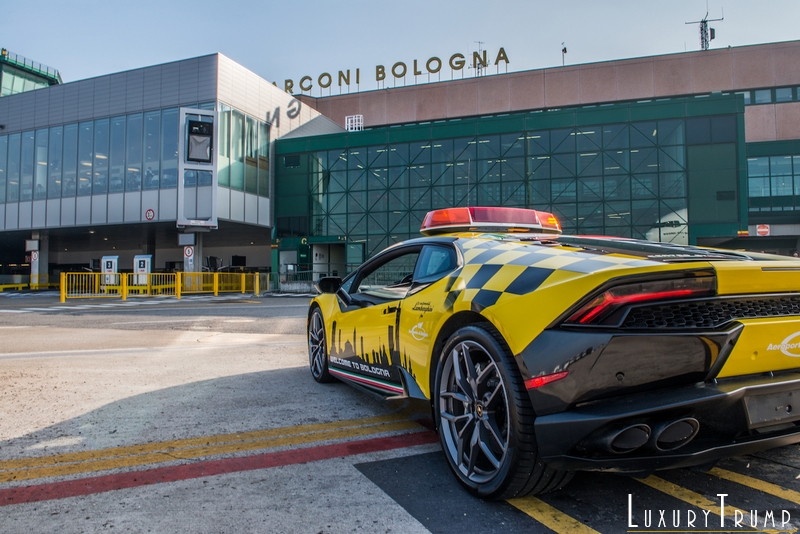 The yellow painted car with a black checkered pattern also sports Italy’s red, white and green colors on the front. A must for a Follow Me vehicle, it features a light bar on the hood. The doors are adorned with Bologna’s skyline in black – from a distance, it looks a lot like an NYC cab.

The car will perform “Follow Me” duties for international flights at Bologna Guglielmo Marconi Airport until January 2017. All of the re-design was done of at Lamborghini’s Centro Stile design facility. 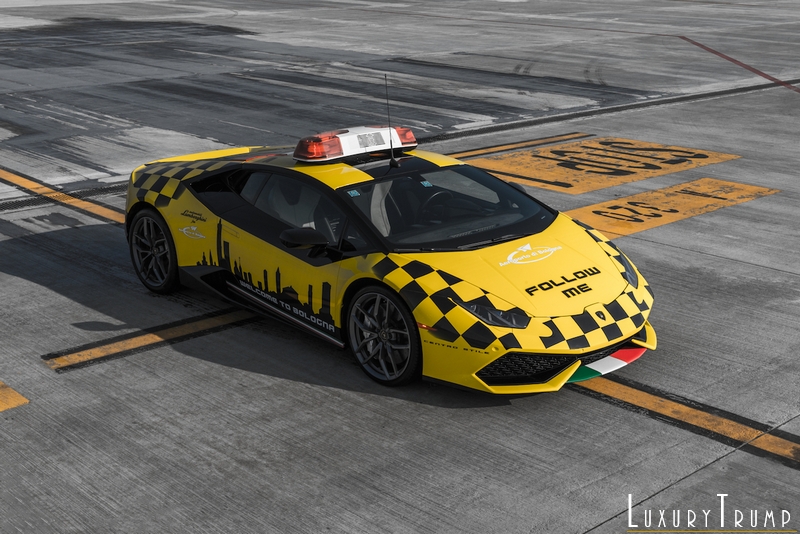 I have no idea about take-off speeds of jumbo aircraft – commercial or otherwise. However, this reports says the Huracan go faster than the take-off speed of an airliner. A bit like a race between Usain Bolt and Yohan Blake, definitely not in the hare and tortoise category.