If you were an adult with $97,000 what would you do? Buy a house? A car? Probably pay some student loans? Now, what if you were a kid with $97,000 allowance to buy toys? Well, Riddelsdell’s Garage in Suffolk has just the toy for you – a pint sized Ferrari 512 Testarossa! The coveted toy/collector’s item is one of three originally made in the 1990s and has been fully restored with a heavy price tag of (you guessed it!) $97,000 making it the most expensive toy! 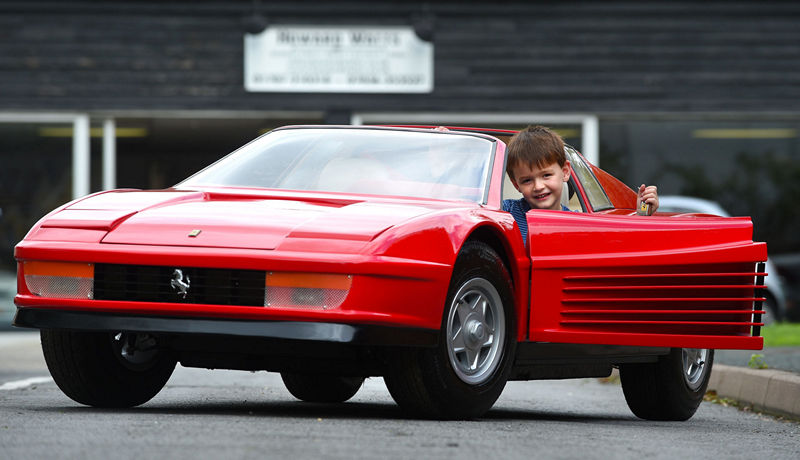 The luxury toy automobile is restored to its full glory and also comes equipped with a sub-200cc lawnmower engine, unlike other toy cars. The attention to detail is as flawless as it is when life-sized Ferraris are made. It has a fiberglass body with working doors, bonnet and trunk. There’s a petrol engine, pop-up headlights, full speedometer and rev counter, a leather interior and official Ferrari steering wheel. It is a real Ferrari, and it is a real reason for grown-ups to envy any kid who has his hands on this little machine. 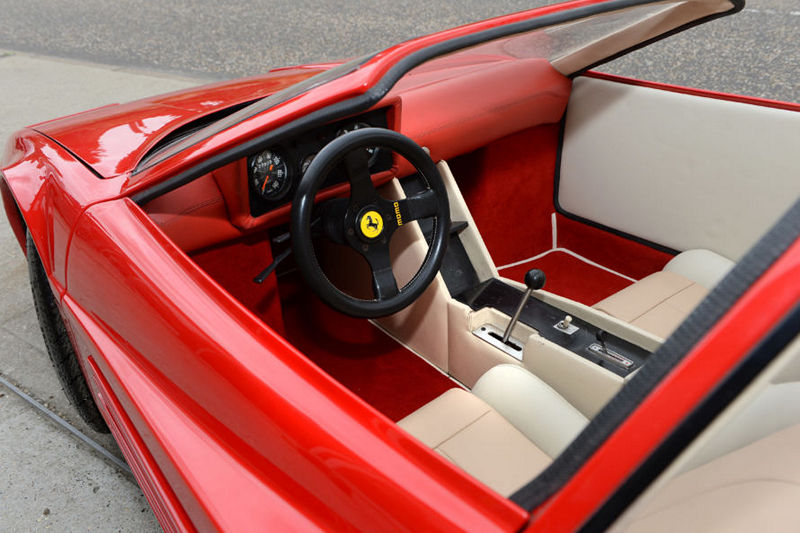 Even though it’s a toy, it is a fearless Ferrari nonetheless. Without a V12, it goes as fast as 25 mph, a safe speed for racers under 4 feet tall. The mini Ferrari 512 Testarossa is a great first sports car for those petrolheads who start early in the game.

Howard Watts, who runs Riddelsdell’s Garage said “It’s a real mini-classic, a unique little car with a terrific history – the makers had to get permission from Ferrari before they could build it. It was in a poor state and has taken us a year to get all the parts needed to restore it to its former glory and put it back into showroom condition. It may be classed as a toy but it is beautifully built and engineered and the attention to detail is quite remarkable.” 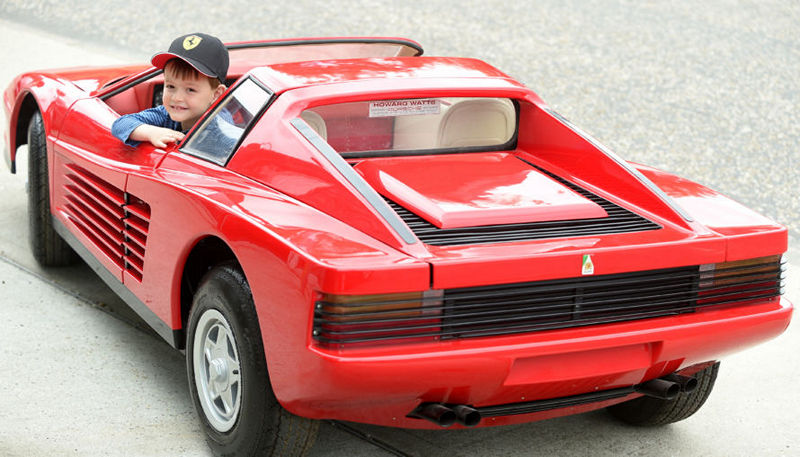 Only three such toy cars were built for Harrod’s luxury department store in the 1990s. The real Ferrari 512 Testarossa might be the most ’90s Ferrari ever made, complete with the signature 12-cylinder engine, gated stick shift, and even a car phone. The real one goes for an auction starting at $250,000 but if that is too much then you can always get the smaller but equally shiner one for almost half the price of an actual Ferrari 512 TR.

Owning one of the only three miniature cars made with full authenticity of such a legendary luxury automobile maker is definitely going to make the driver one of the coolest 10-year-olds in the world! Makes you want to be a (super rich) kid again, doesn’t it?