Some owners of fancy cars don’t worry about the pre-owned value, and decorate them in any way they want and like. Story coming from Malaysia is an owner of a Jaguar S-Type decorated it by gluing 4,600 Hot Wheel cars on the entire body of the car. The now-colorful car is owned by 34-year old CEO of Financial Genius Group, Datuk Seri Mahadi Badrul Zaman. After the Jaguar S-Type Hot Wheels was seen on social media, people tried to find the owner and unravel the mystery behind it. Finally, Malaysian newspaper Harian Metro managed to track him down to get the story. 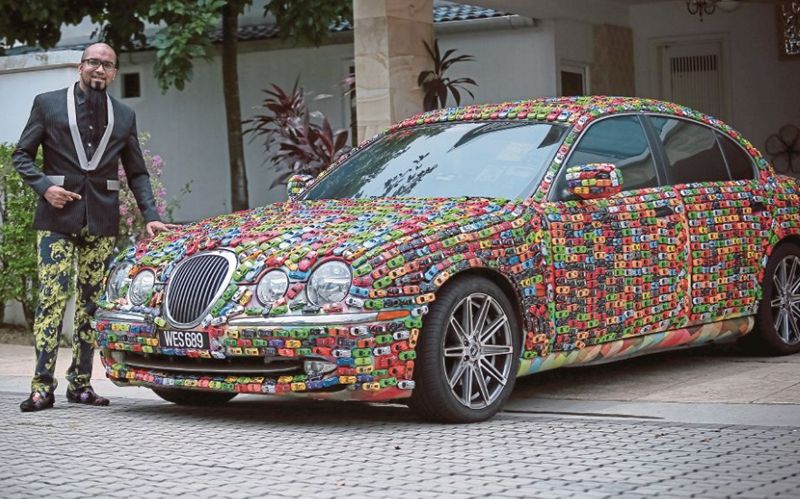 The Hot Wheels are from his own collection, which he has been collecting since he was 13. His toy car collection is 5,000 units strong and he used 4,600 of them to decorate his luxury ride. Having a collection of 10 toy cars is a big deal when you are a kid, but a huge collection like this is an entirely different issue. By using them to decorate his car, Mahadi also solved the problem of having to spend resources to store them.

One of the few problems he is now stuck with is keeping people from trying to remove Hot Wheels from the car. It addition to its security, Mahadi now has to worry about the best way to clean it, again, without losing toy cars or damaging the big car. If Mahadi’s was looking for attention, he sure has attracted a hell of a lot of that with this. 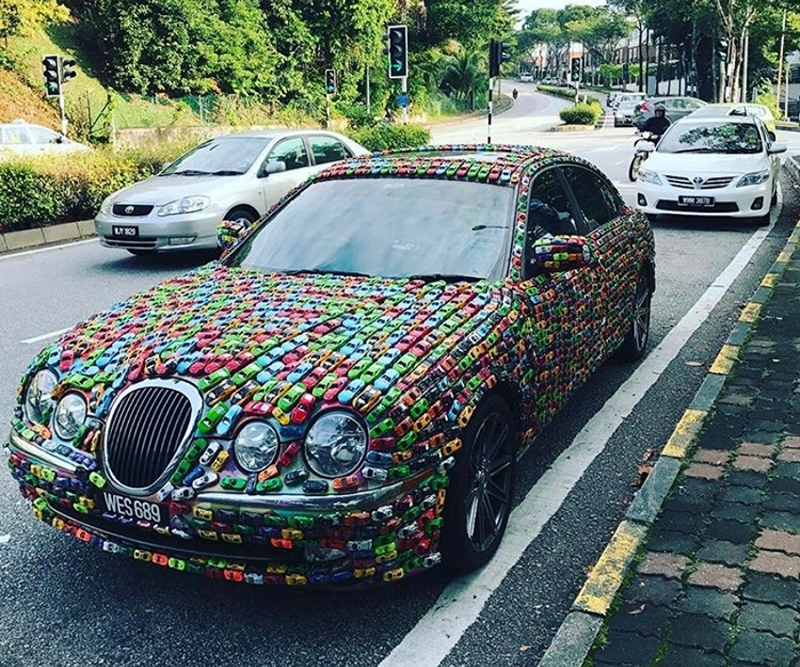 Most car enthusiasts have seen wheels with more out-of-the-ordinary decorations, including a pen covered Mercedes and an artificial mud covered Jeep Wrangler. There was also a truly hideous gold-painted BMW with dragon wings from China. Records show this is not the first car to receive a toy car “paint job”. In 2008, an UK-artist James Ford decorated his Ford Capri with toy cars, named it “General Carbuncle” and put it up for auction on eBay.