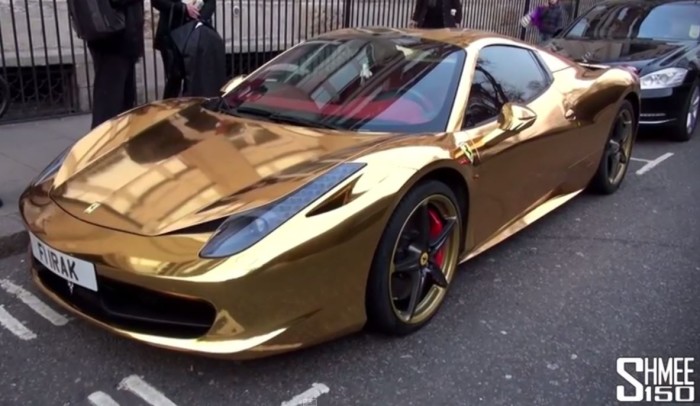 Tim Burton aka Shmee150 has posted this little gem he found parked on a London street on his YouTube channel. No amount of gold chrome wrap can hide the fact this is a Ferrari 458 Spider from the Italian Prancing Horse.

If the F1 IRAK number plate is anything to go by we can make a fairly accurate guess who this belong to. Same number plate previously appeared on a more conventional red Ferrari. Sometimes you can’t put a price on tacky! 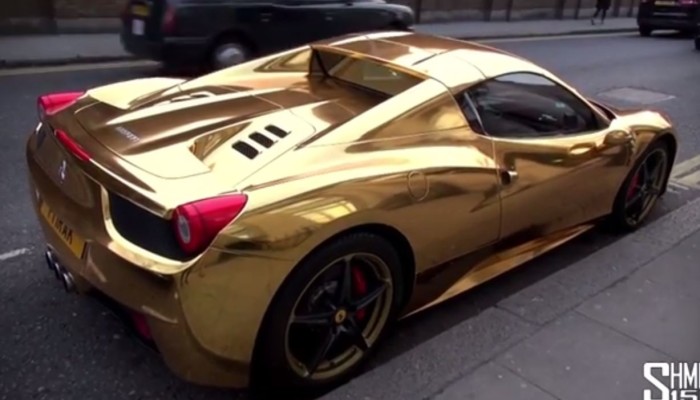 Back to the gold plated one. As you can see exteriors are entirely covered in gold chrome and wheel rims are not spared a thought either. Even from the video below it is difficult to say what’s inside other than the red dashboard, maybe that’s a blessing in disguise as we could only imagine how much of bling is inside. And to think the world thought they got rid of over-indulging sons of Saddam Hussein. 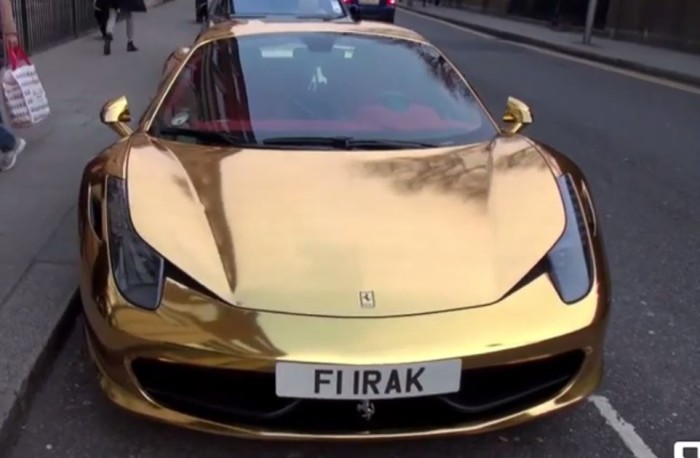 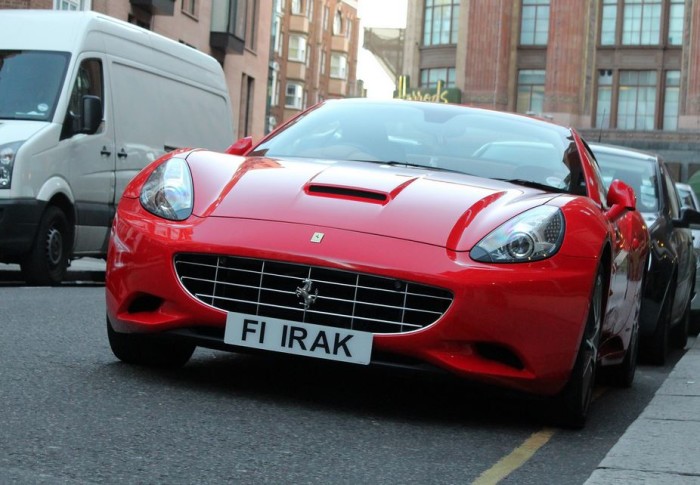