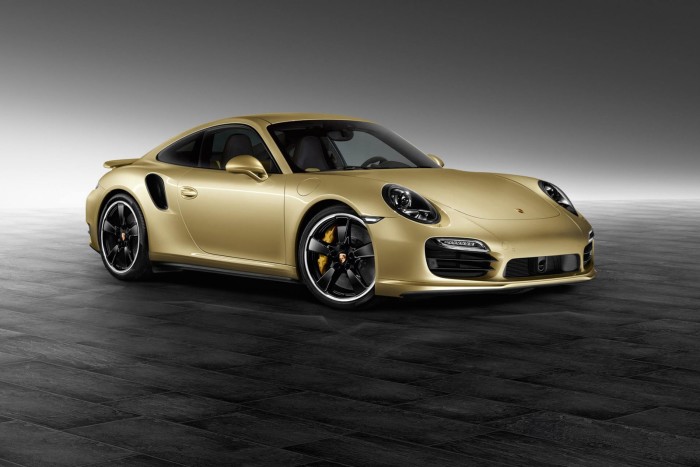 A customized Porsche from the German automaker’s Porsche Exclusive division is something you don’t see often, even though they’ve been doing customizations since 1986. The newest customized version in prominent Lime Gold Metallic is a Porsche 911 Turbo coupe. 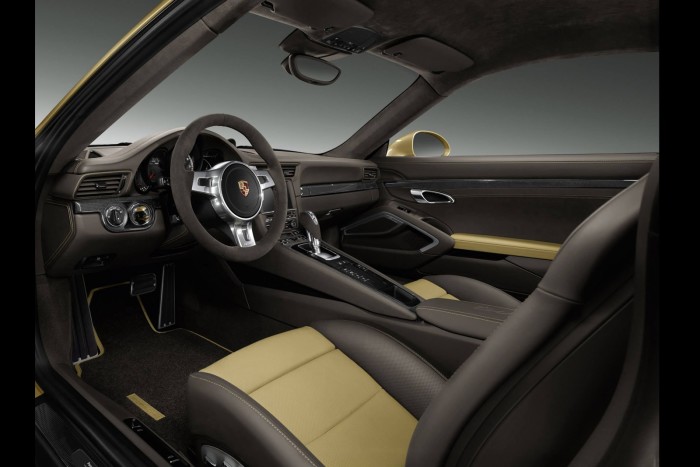 As for the interior customizations 911 Turbo received a carbon package that includes a carbon center console trim and personalized and illuminated door sill guards. To match the exterior paint color, leather seats feature a two-tone look in Lime Gold and Agate Grey. Beautiful Lime Gold also appear on stitching, door trim and backrests as well as on the air vents, the leather steering column casing, the transmission tunnel in the rear, the leather storage compartment lid with model logo and on the rear seat. Not leaving the floor mats with leather edging out, they’ve added a bit of Lime Gold stitching on them too.

Not much changed with the engine of the car. No big boost on power, it has the same standard 513 hp   3.8-liter six-cylinder engine mated to a standard seven-speed dual clutch transmission (PDK).  With all this power 911 Turbo coupe in Lime Gold takes just 3.4 seconds to go from 0 to 62 mph and it owns a top speed of 196 mph. 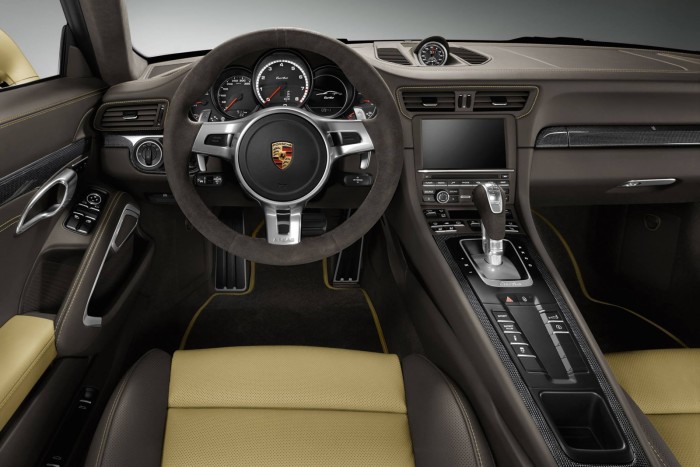 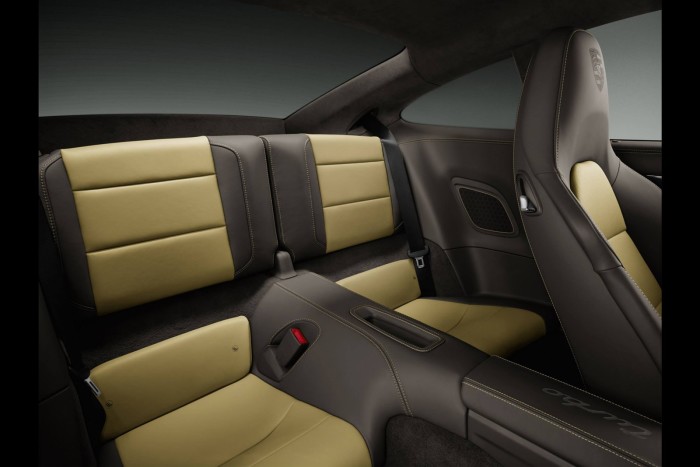 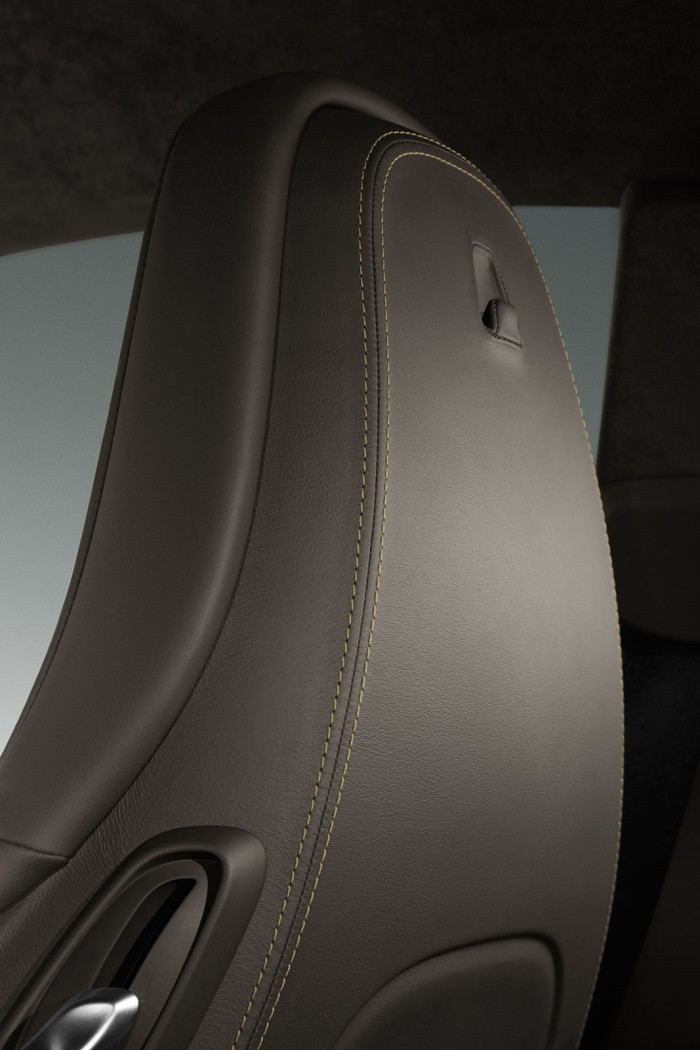 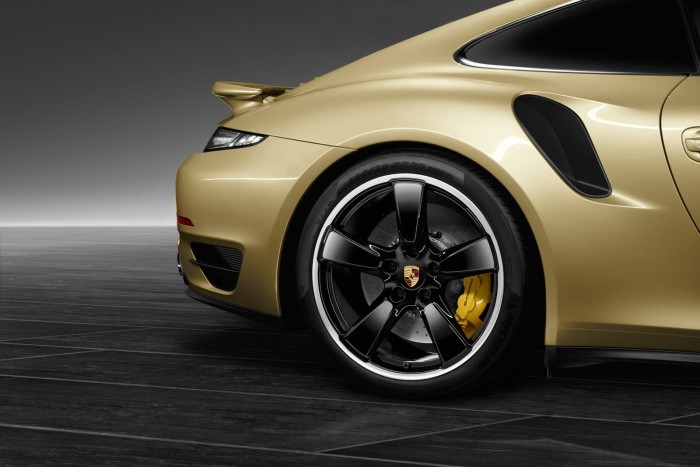 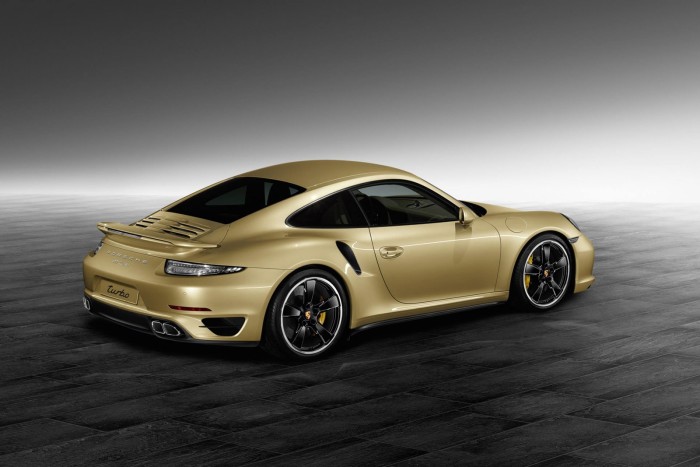