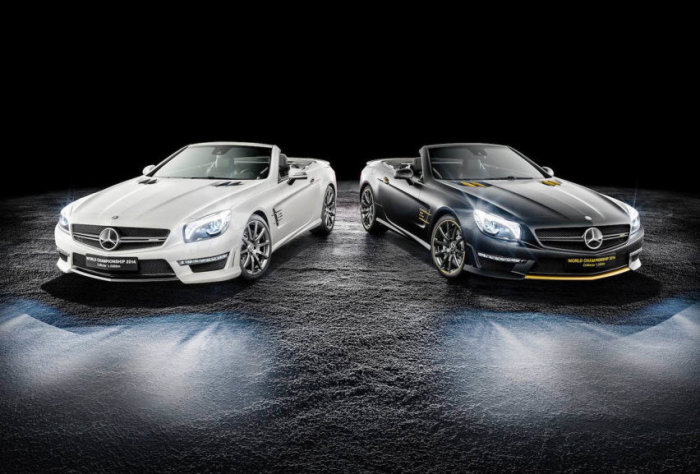 What’s the point of being a car manufacturer if you don’t celebrate your victories with a special edition? Mercedes-Benz just completed an incredible year in Formula One – their drivers finished one and two with Lewis Hamilton winning the championship, and Mercedes won the constructors title with no competition whatsoever. Along with its star drivers automaker has developed and designed two SL63 AMG special editions named the World Championship 2014 Collector’s Edition.

The special edition SL63 AMG is offered in two versions. One in black with gold accents, the Lewis Hamilton version and a white Nico Rosberg version. Only 19 examples of the special edition will be made, nineteen represents the number of F1 races held this year. Each car numbered, will also have the name of the grand prix track and its layout highlighted. Rosberg’s car will feature his signature. 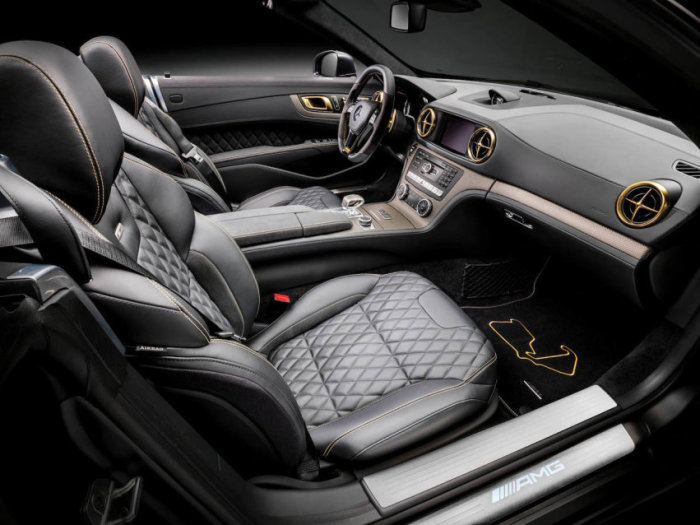 Based on MB’s 2015 roadster, it come with the same twin-turbocharged 5.5-liter V-8 but with some upgrades. The V8 will deliver 585 horse power and 664 lb-feet of torque. It also boasts a seven-speed automatic transmission and a limited-slip differential for a rear-wheel only drive.

The World Championship 2014 Collector’s Edition was introduced at the Stars & Cars event in Stuttgart. The event was held to celebrate the end of Mercedes’ Formula One season and more than 50,000 fans joined them in celebrations. Mercedes drivers won all but three races this year and finished one-two in eleven of them. 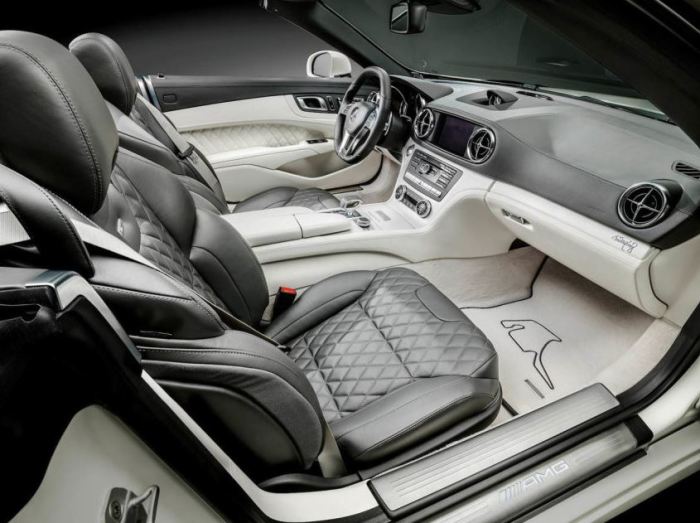 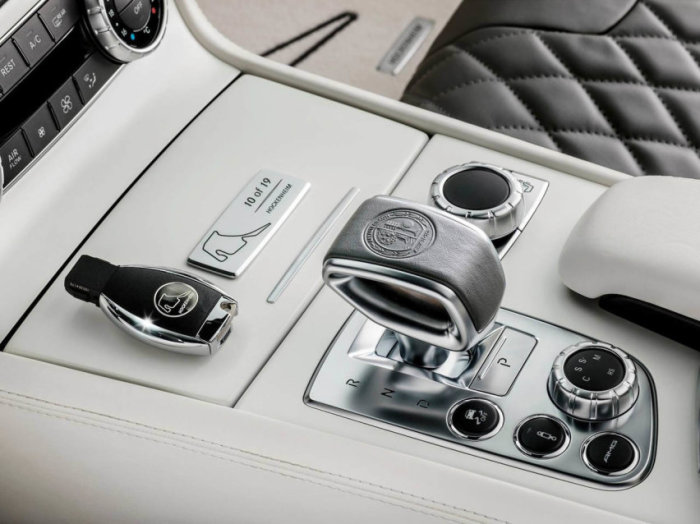 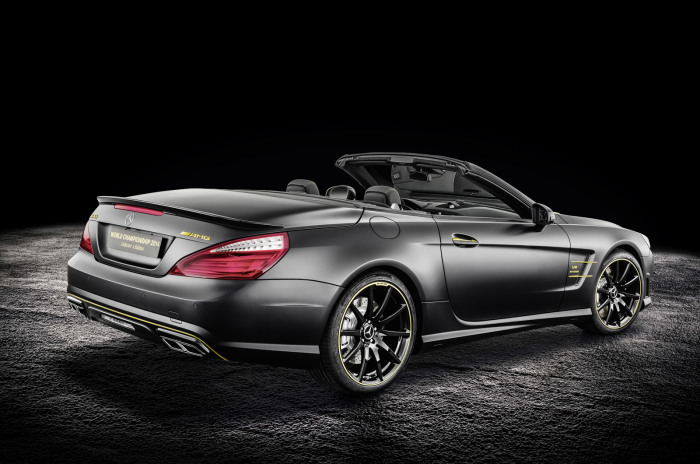 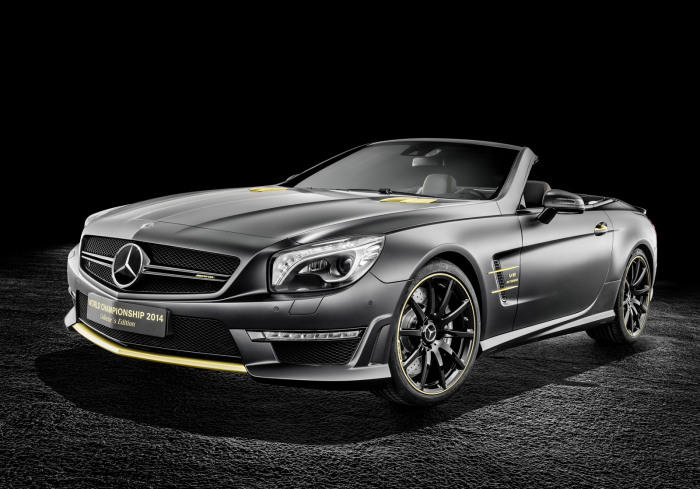 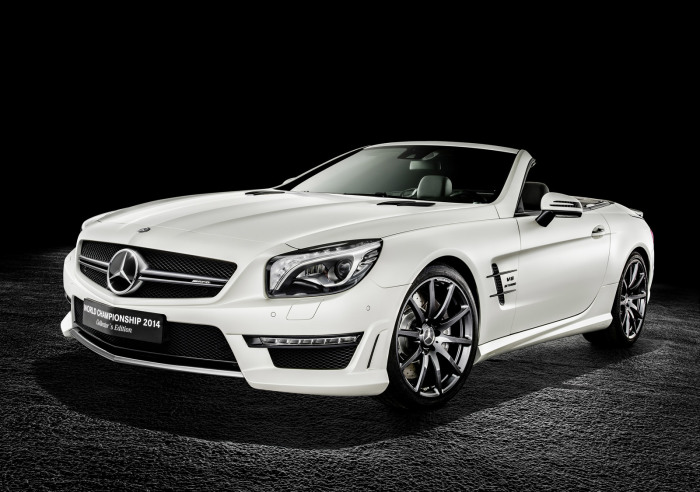 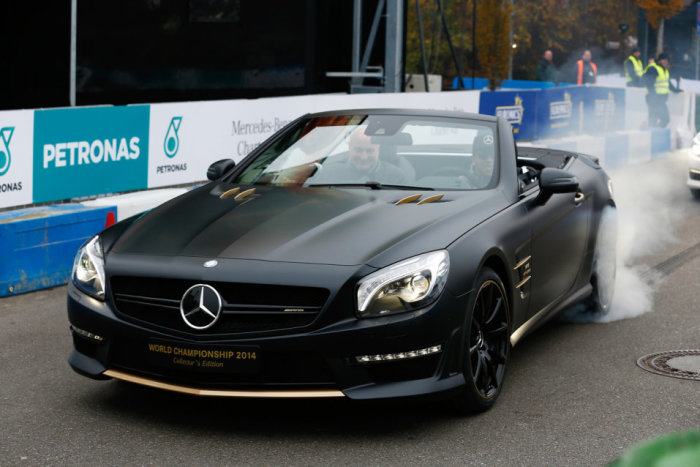 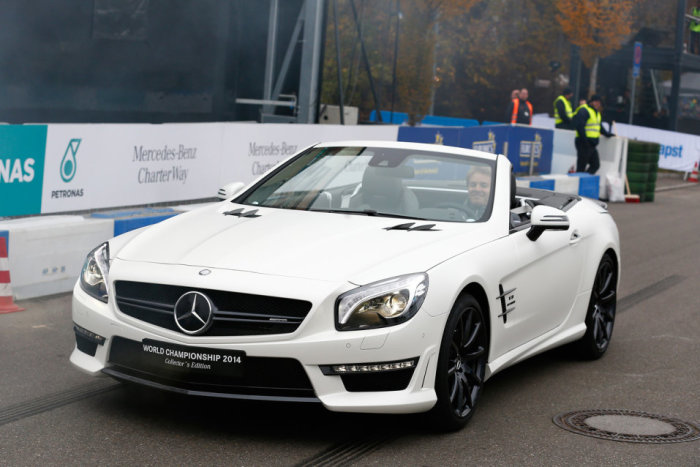