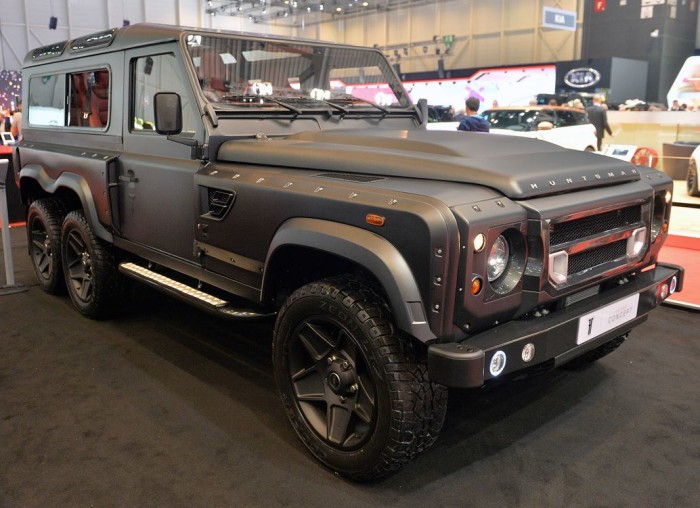 Kahn Design, as promised yesterday unveiled their new off-road concept of a Land Rover Defender at the Geneva Motor Show. With the 6×6 stretched version named Flying Huntsman 110 WB 6×6 Concept, British-tuner intends to bring back custom vehicle building back to Britain using pre-existing chassis. In short, they plan to challenge rivals such as Pininfarina, Zagato and Bertone with solid British-made custom vehicles in the global market.

The Flying Huntsman 110 WB 6×6 Concept will have a 6.2-litre GM LS3 V8 engine, driving a six-speed automatic gearbox with tap shift control. This combination is estimated to deliver 430 bhp, making it a lot more powerful machine than its original version. As an off-road concept, it has to have solid off-road credentials, to this end the Flying Huntsman arrives fully equipped to conquer even the toughest of terrain. It has a hi-lo ration drive system and locking differential, a rugged heavy duty chassis and an upgraded braking and suspension systems. Don’t be fooled by its rugged looks, it can very well handle smooth rides on a carpeted highway and outrun any road going SUV. 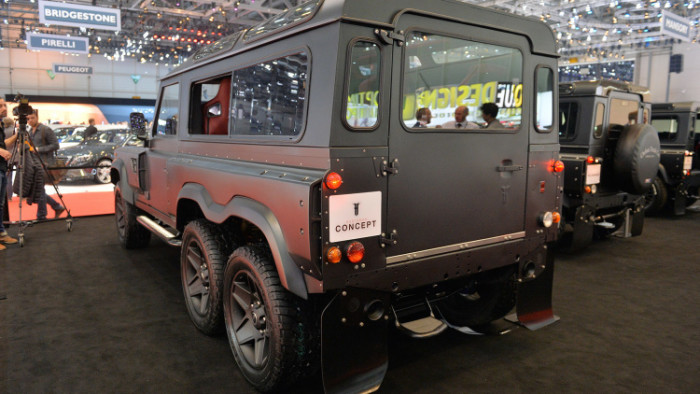 Stretching means stretching, Kahn Design added a 400 mm extension to the front and 800 mm to the rear cabin, in total 1,200 mm. It is also widened by 150 mm. Other changes include an increase in windscreen rake and, widened rear door and lengthened front doors to allow improved entry and exit. The company also noted inspiration for the striking exterior styling came from their popular Chelsea Truck Company Defenders.

Plenty of options will be on offer for the Flying Huntsman 110 WB 6×6 Concept including armored versions in B4, B6, B6+ and B7, option for 4 or 6 wheels and a range of hard top and pickup options. Pricing of course depend on customization. 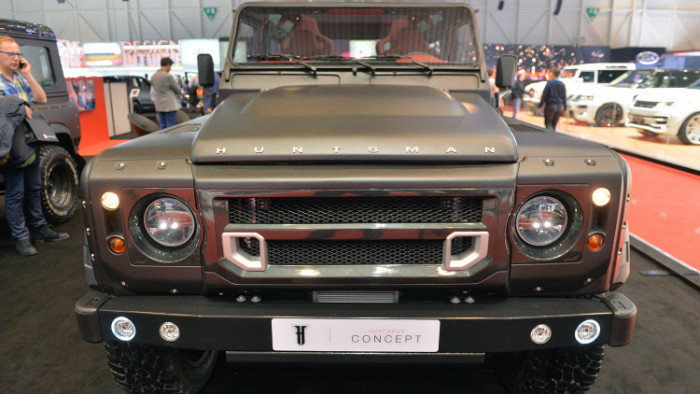 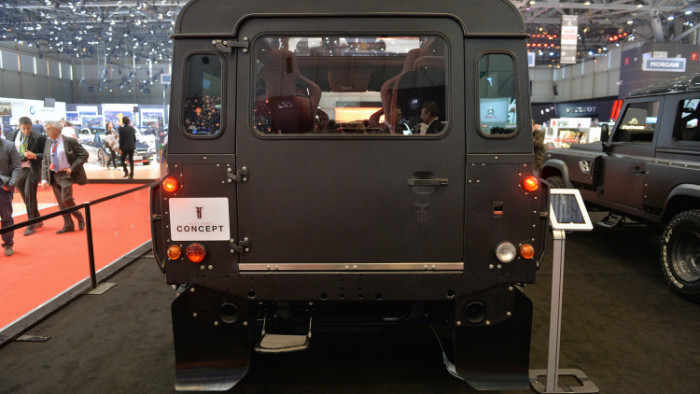 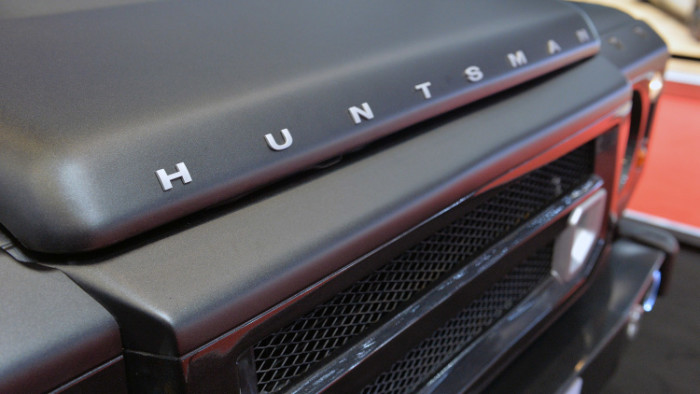 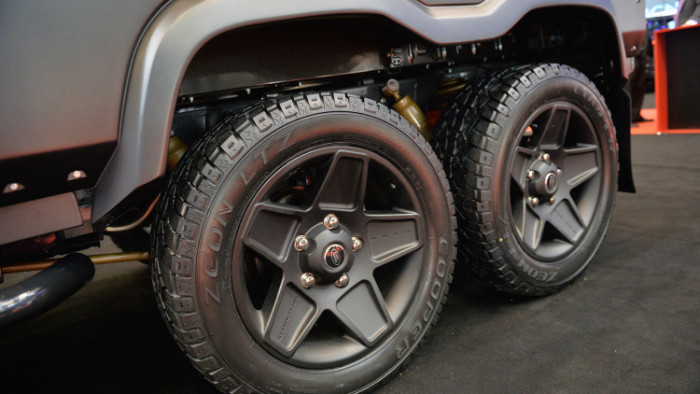 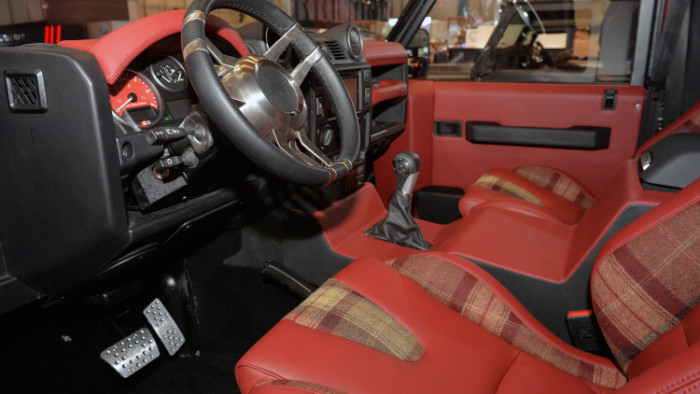 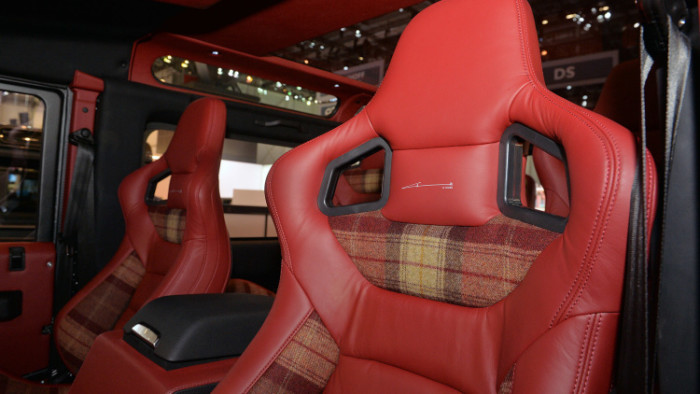 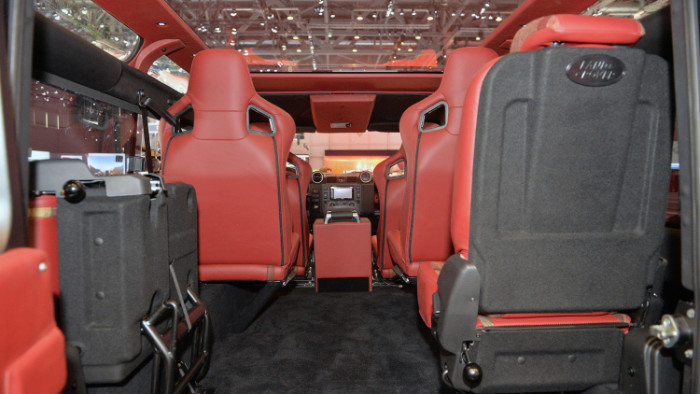