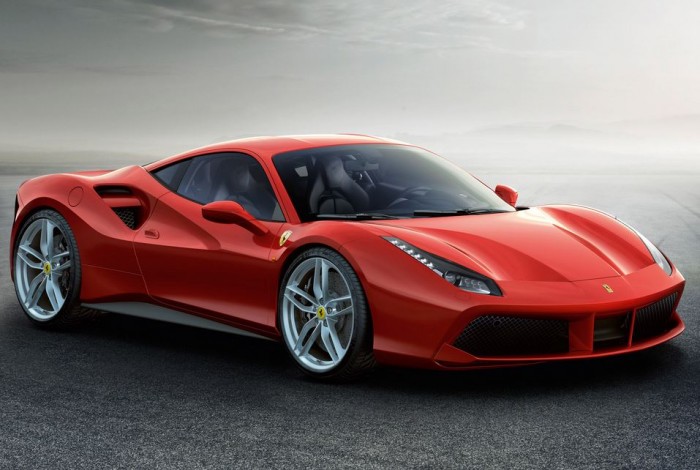 Ferrari introduced their latest mid-ranged supercar, the 488 GTB (Gran Turismo Berlinetta) prior to its official unveiling at the Geneva Motor Show next month. This replaces the 458 Italia and 488’s turbocharged engine packs more power than ever before for a mid-ranged supercar. This is the third car from Maranello to receive a turbocharged engine – Formula One single-seater received it first and followed by the California T.

The 3.9-liter turbocharged V8 engine delivers 661 horsepower and 560 lb-feet of torque to the 488 GTB. The horsepower and torque increase is phenomenal considering the fact it lost around 600cc due to displacement. The turbocharged engine even delivers 64 hp and 162 lb-feet more than the 458 Speciale. Extra power boost allows the 488 GBT to sprint from 0-62 mph in just three seconds, to 124 mph in 8.3 seconds and a top speed of 205 mph. During testing it clocked 1 minute 23 seconds lap time at Fiorano, two seconds faster than the Italia. 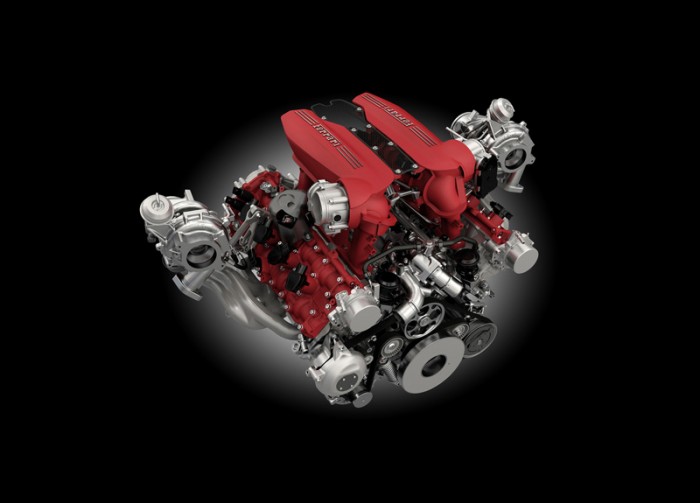 Improvements to the gearbox through the Variable Torque Management allows it to deliver the engine’s increased torque capacity smoothly and powerfully across the rev range. Thanks to the new system, even at high speeds specific gear ratios deliver smooth progressive acceleration. Ferrari engineers haven’t forgotten about the sound, their new composition is full, clear and unique to the 488 GTB.

The 488 GTB’s new aerodynamic system has a 1.67 efficiency figure, huge improvement was achieved due to the fact it now has 50 per cent more downforce than previous models and reduced drag. New innovations and revised bodywork such as a double front spoiler, base bleed side intakes and an active aerodynamics coupled with a blown spoiler at the rear helped achieve this complex double task. It also comes with an improved Side Slip Control 2 (SSC2) system. Tightly integrated with F1-Trac and E-Diff, the SSC2 offers precise, less invasive corner accelerations and stability during complex maneuvers. 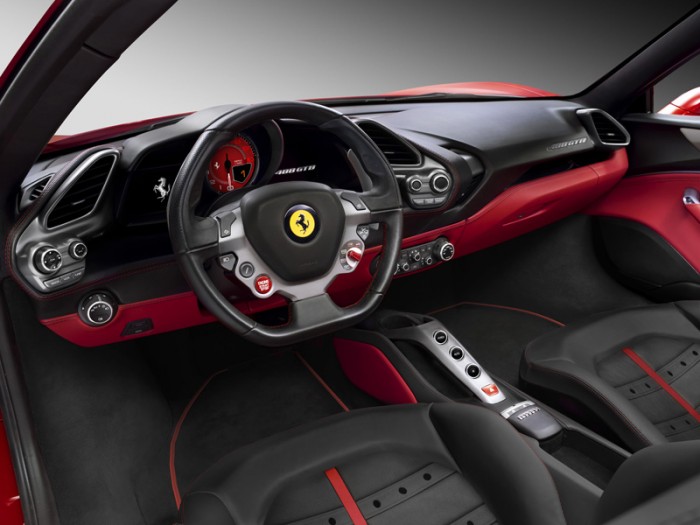 Newly designed interiors feature new control clusters, angled air vents, instrument panel and infotainment system, all geared towards ease of use. Not everything is new, the car retained some classic Ferrari elements such as separation between the dashboard and tunnel, multifunctional steering wheel, control switch bridge and the wraparound seats. Its keys however received a new look, new design is inspired by car’s cylinder banks and allows for keyless starts.

Pricing information of the 488 GTB is not released by Ferrari with the announcement. For more information and enquiries visit 488gtbferrari.com. 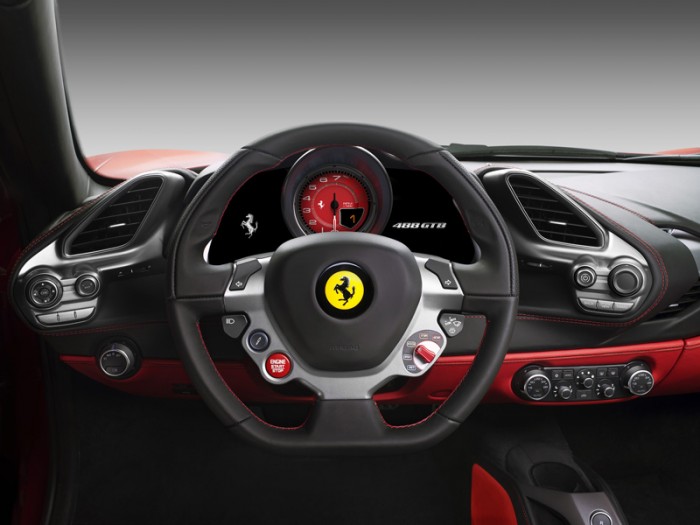 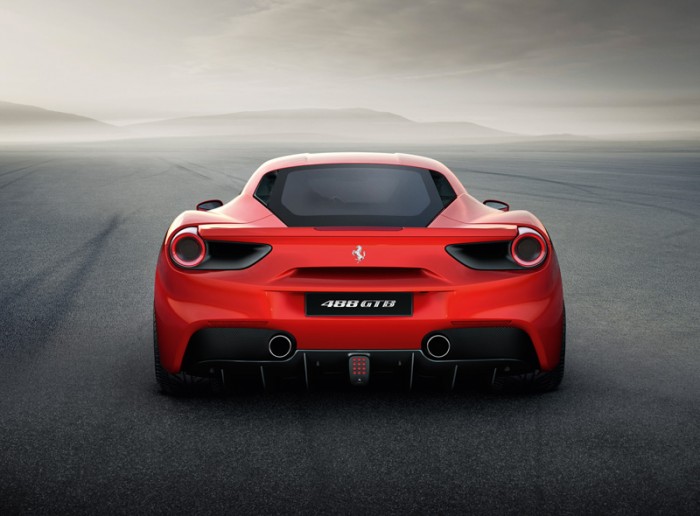 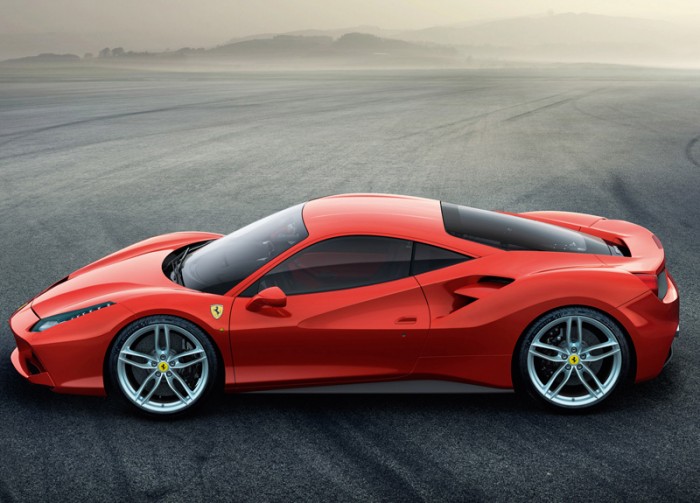 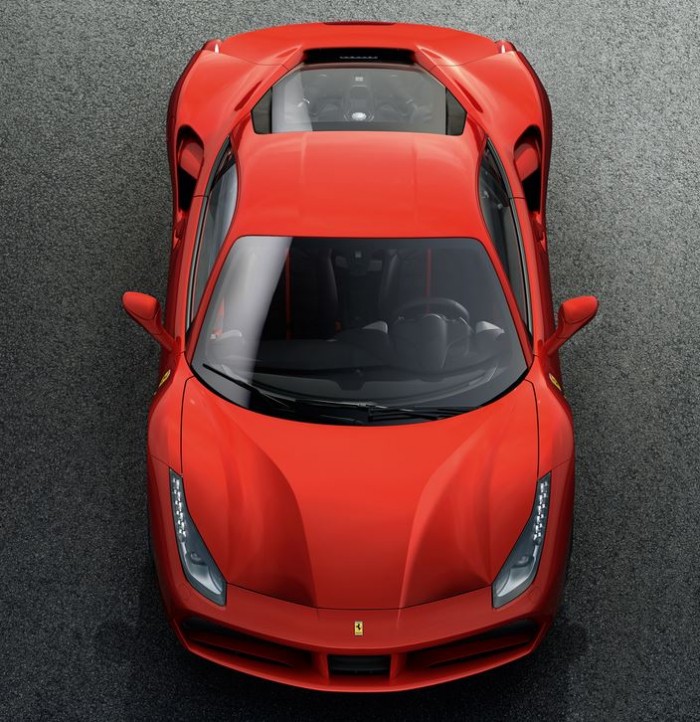 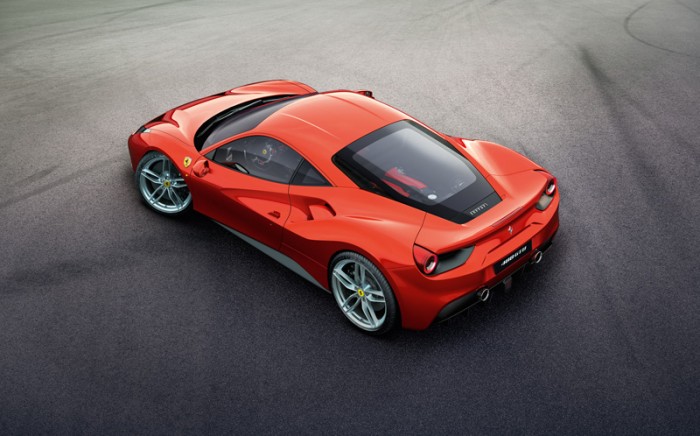