Ferrari is taking the 458 Speciale to the Frankfurt Motor Show. Ferrari 458 Speciale is the successor to three different Ferraris, the 360 Challenge Stradale and 430 Scuderia and the hard-core version of the 458 Italia.

Ferrari has made quite a few changes to the system. Here’s what it offer. 458 Speciale delivers 596 horsepower, up from 562, thanks to the re-tuned 4.5 liter V8. They got rid of the extra weight compared to 458 Italia’s, 458 Speciale has a quoted dry weight of 2844 lbs against 3274 lbs of Italia’s. These improvements, in turn, takes Speciale go from 0 to 60 mph in seconds and 124 mph in 9.1 seconds. Performance improvement is such, it took only 1:23:5 to complete a lap at the Fiorano Circuit.

Working in collaboration with Pininfarina has led to improvements in the aerodynamics. This helped Ferrari to balance downforce and cut drag thus helping make the 458 Speciale the most aerodynamically efficient range production car in Ferrari history. Ferrari noted it plans to integrate this technology to all future road cars. Other significant improvements are in the innovative Side Slip angle Control System which helps the fast car with easier control on the limit, and the Michelin Pilot Sport Cup2 tires improve maximum available grip even in wet conditions.

The result of all these improvements is that the Ferrari 458 Speciale has the fastest response time (0.060 s) and highest lateral acceleration (1.33 g) ever achieved by a car in the Prancing Horse range. Pricing is not announced by Ferrari, but you know the range. 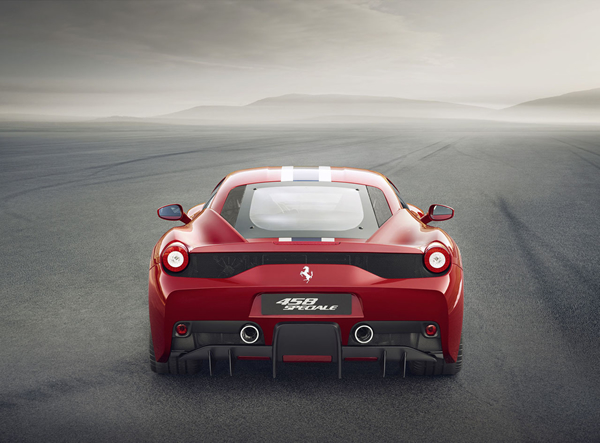 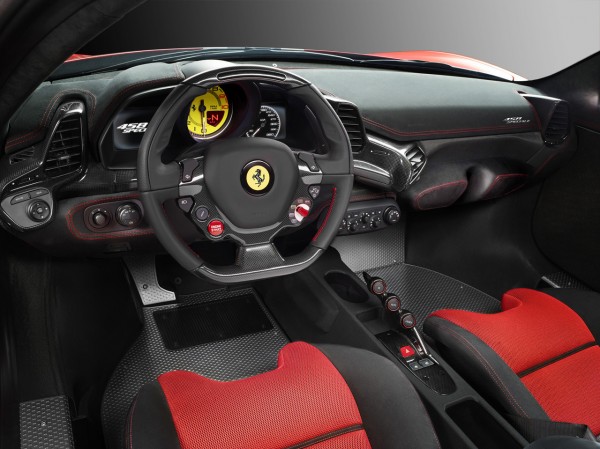 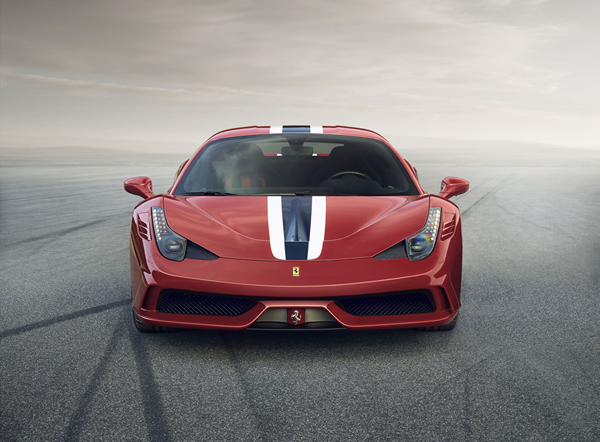 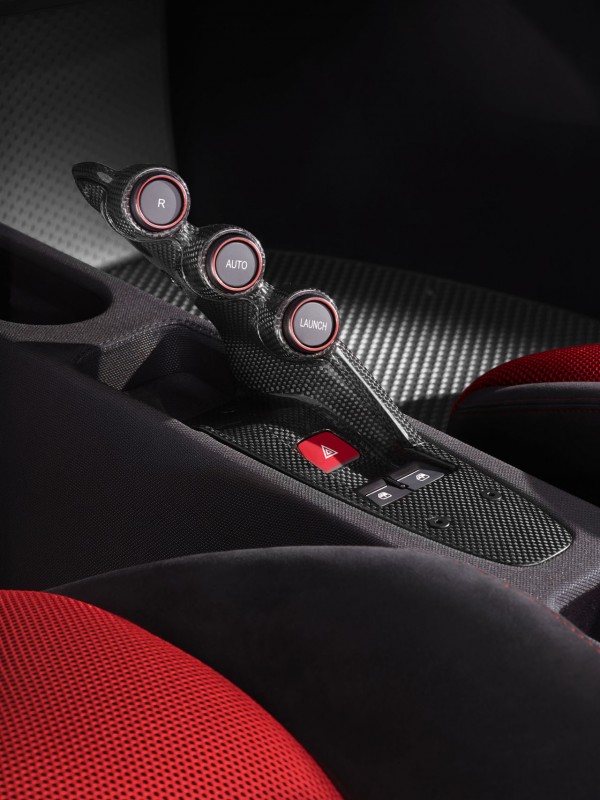