This is in every sense of the word a beauty. The 450th and final Bugatti Veyron 16.4, the Grand Sport Vitesse La Finale, it will be officially unveiled at the Geneva Motor Show today. The chassis number 450 pays homage to chassis number 1 that was released 10 years ago. The Veyron has been a huge success not the just for the brand, but for the supercar segment as well. Just like the first Veyron, the La Finale also features a two-tone red and black paint scheme.

No need to stress about saving money to buy the La Finale, as reported recently it has been sold to a collector in the Middle East for at least $2.6 million, if not more. 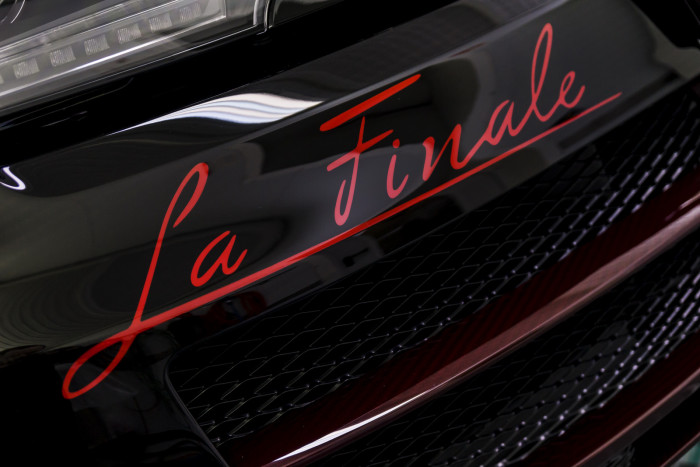 Continuing with the red and black theme, the La Finale lettering in bright Italian Red appears not once but twice outside – under the right front light and on the base of the rear wing slightly hidden. Its wheels too continue with the same color blend. The single block aluminium milled red hubcaps come adorned with Bugatti’s famous elephant logo. Decorative details also include black painted air scoops and intercooler cover, and the Italian Red leather covered EB logo and “16.4” number. 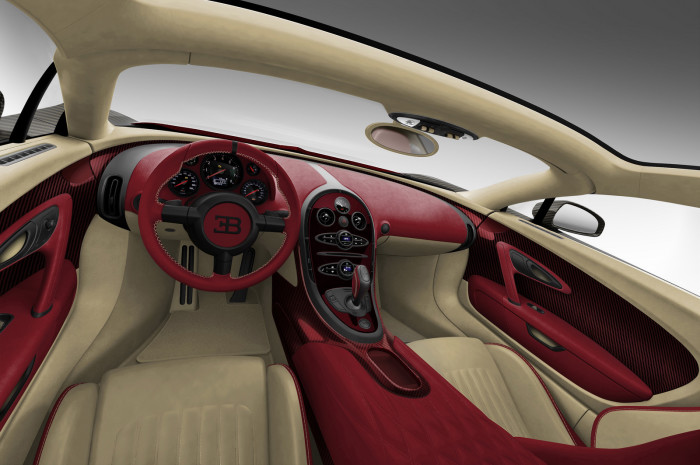 The La Finale interiors also pays homage to the first Veyron. The cabin is covered entirely in a light beige plush leather known as “Silk”. A unique red shade known as “Hot Spur” adds a beautiful contrasting look to the cabin as it covers the arm rests, the instrument panel, the dashboard, the side bolsters and on the steering wheel. Red exposed carbon fiber also makes an appearance inside, it’s been used on the center tunnel, on the inserts in the center console, on the door panels and seat shells. 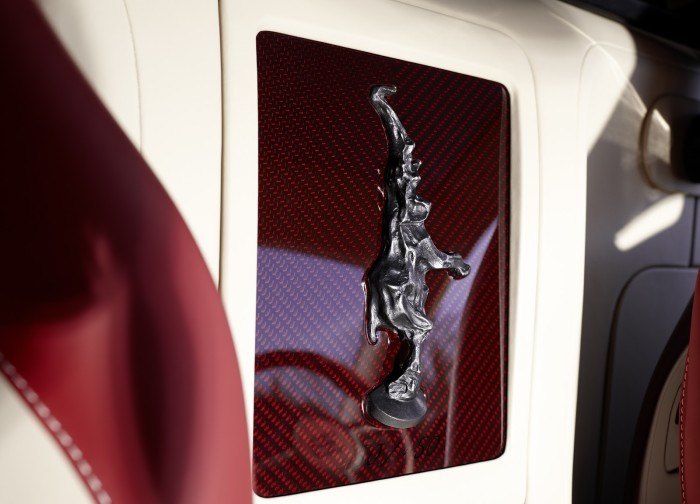 The lettering La Finale once again appear in the cabin, embroidered on the red head rests in “Silk” color.   A unique adornment, the Bugatti elephant however take center stage in the cabin. Cast in bronze, it was given a black patina and then inserted into the stowage compartment cover just above the 450/450 lettering.

Finally we have arrived at the point to learn about its power and its source. The La Finale is powered by Bugatti’s most powerful engine, the quad-turbocharged 8.0-liter W-16. It spits out 1,183 horsepower and 1,106 lb-feet of torque, which in turn allows it to sprint from 0-60 in just 205 seconds and a top speed of 254 mph (which is world record for an open-top car. One thing we can be sure of is, La Finale’s Middle Eastern owner going to enjoy his ride greatly whether driving in the desert or in Europe. 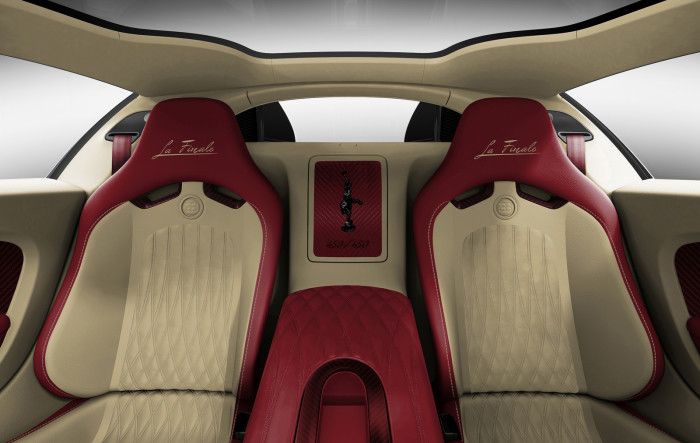 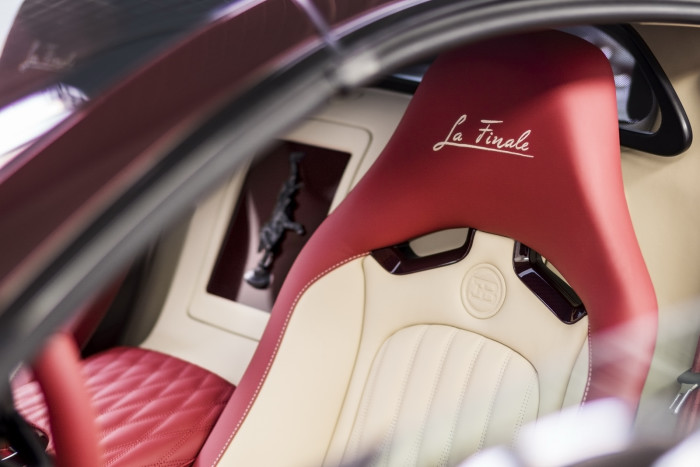 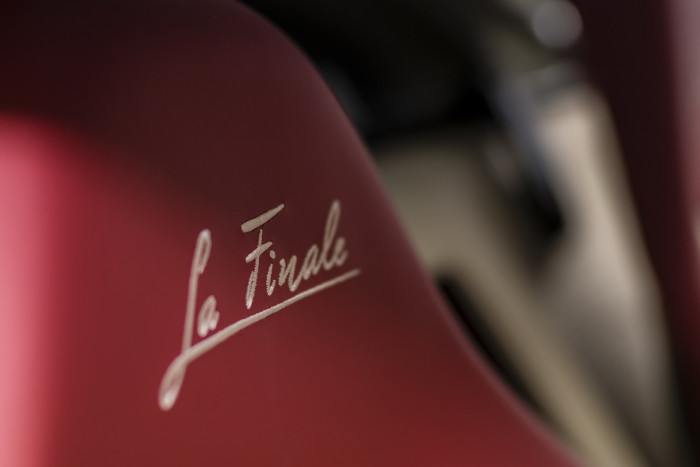 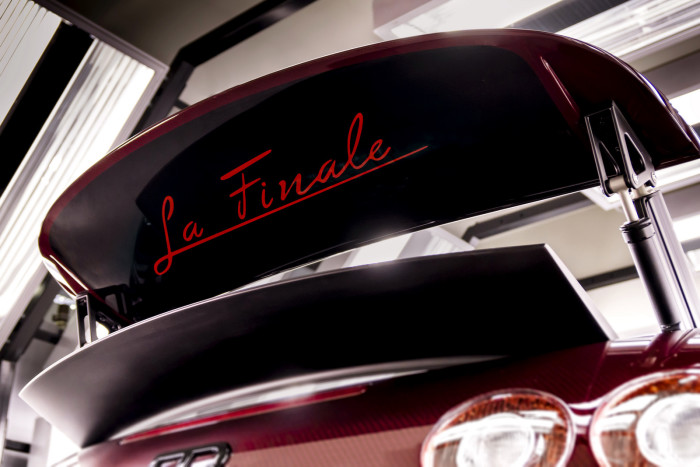 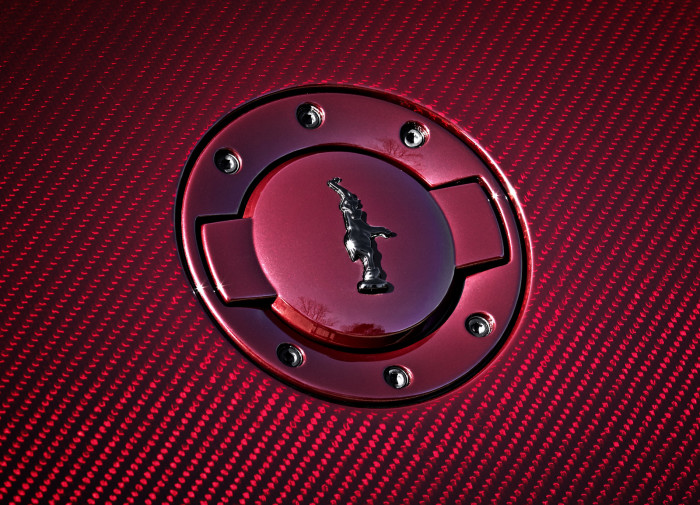 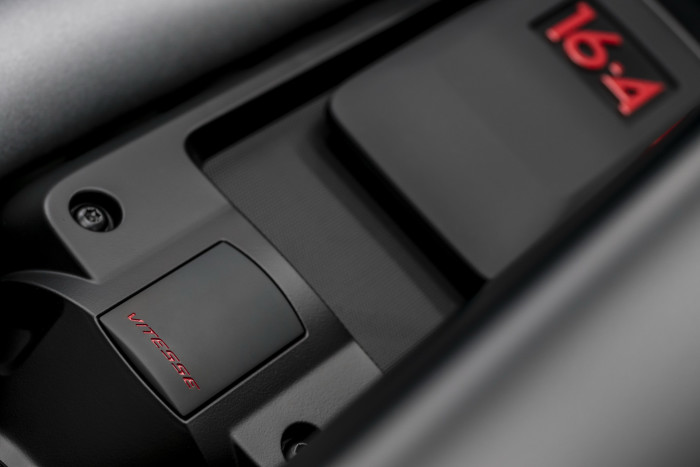 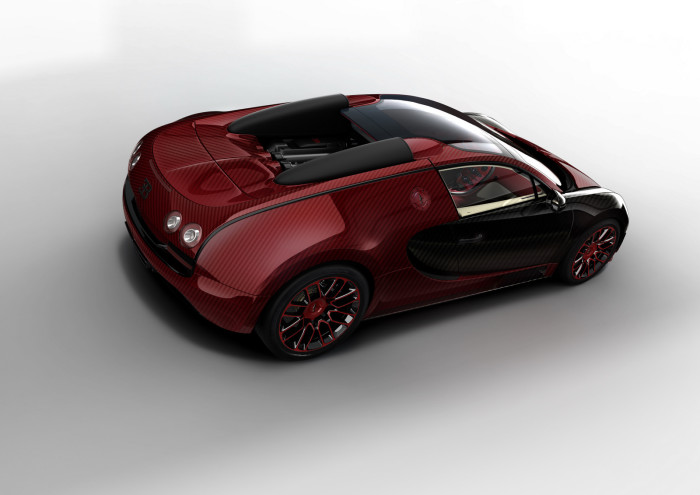 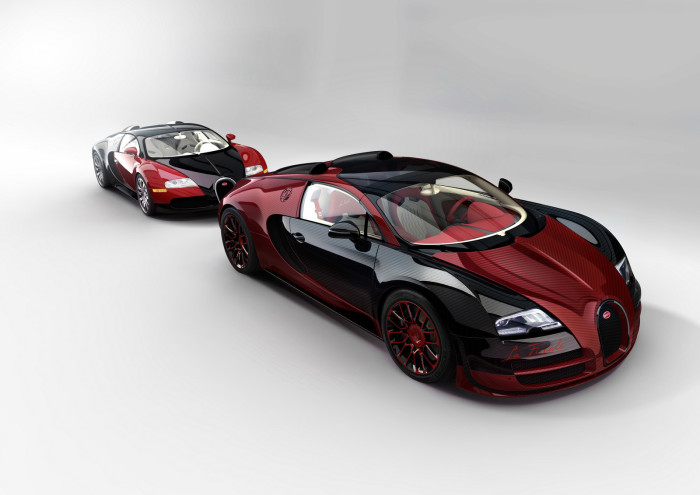 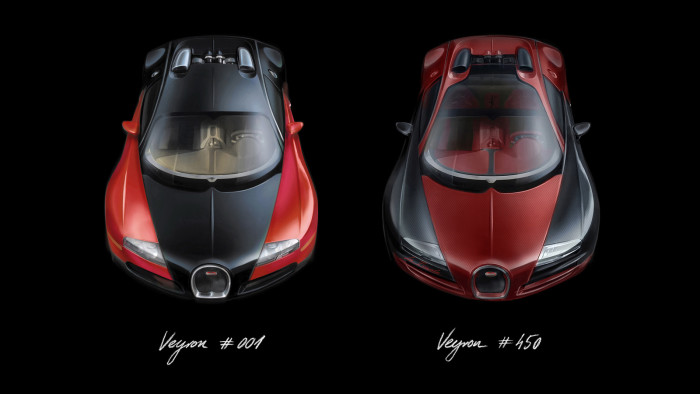 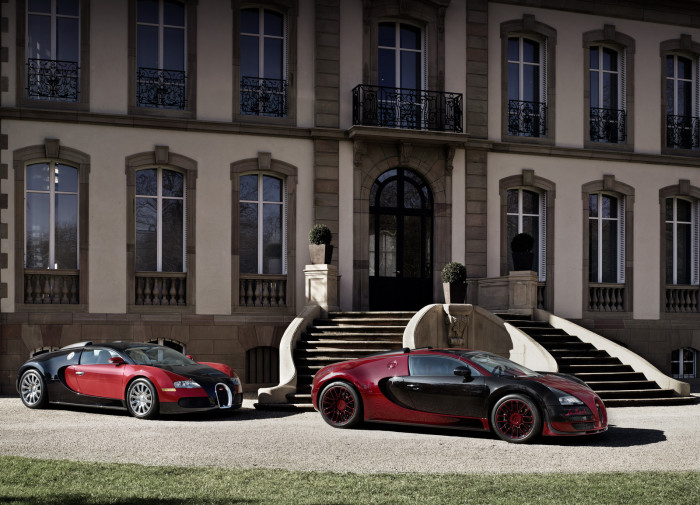 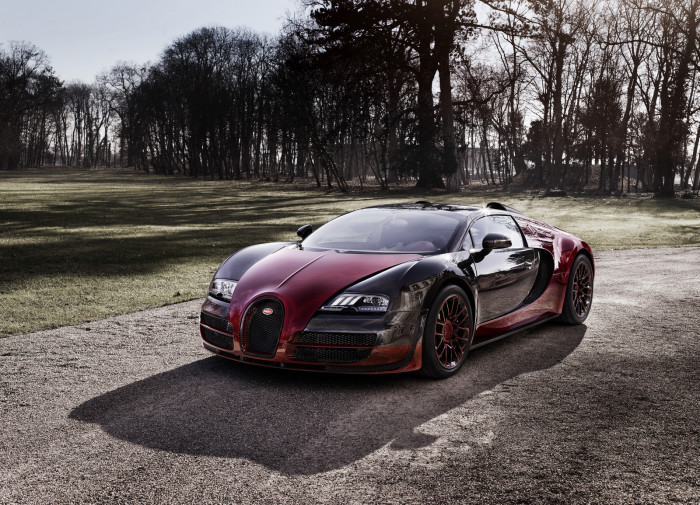