During September, German automaker BMW will launch it’s the latest addition to it’s existing fleet of vehicles the BMW E-Scooter. This Stylish Street-Legal Electric Scooter with zero carbon emission would definitely become the favorite domestic vehicle in years to come.

BMW as one of the world’s leading automakers will contribute towards emitting air and sound pollution by introducing this amazing scooter. In addition to these pollution controls, there will be a contribution towards the saving of fuel consumption.

Designed in collaboration with scooter company Micro, BMW’s newest set of wheels comes in an attractive matte black finish that has a range of 7.5 miles and can easily reach a top speed of 12 miles per hour. This wonderful scooter will be powered by a 150-watt motor and lithium-ion battery hidden in the scooter’s footplate. Waiting time to get it fully charged is going to be a very short period of only two hours. 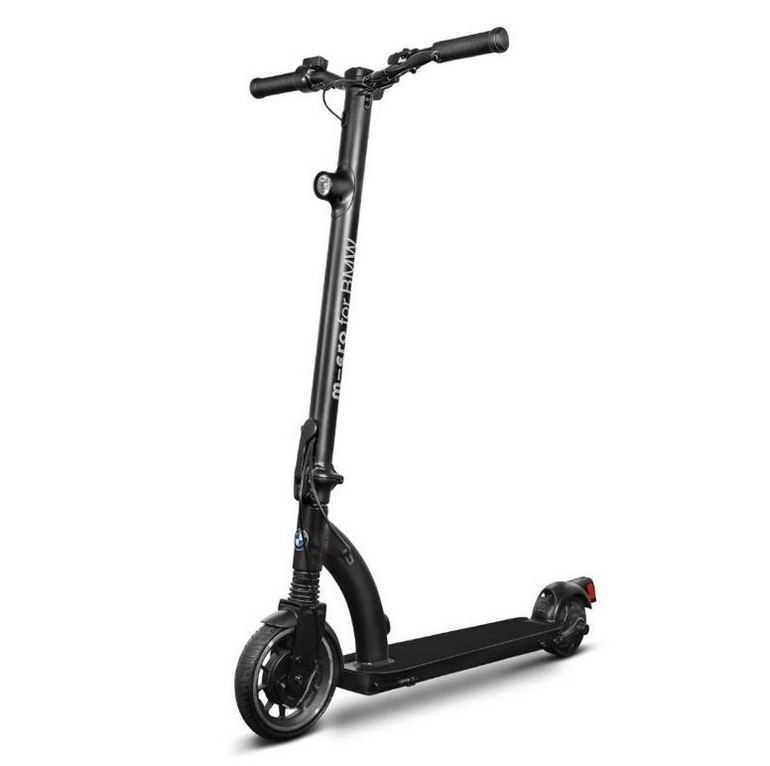 To use this two-wheeler you won’t need any keys and it features two separate braking systems, which can be triggered via the handlebars or rear wheel. There are also front and rear lights, which enables it to be ridden even under poor visible conditions. This scooter is going to be as light as a feather compared to other roadworthy vehicles as it will weigh around 20 pounds. If someone offers you a free ride on your way home you do not have to think twice about the scooter as the space required to store it is going to be minimal as it can be folded up for easy storage in the trunk of a 3 Series.

The announcement coincides with the passage of a law in Germany that will make it legal to ride e-scooters on city streets, reports Bloomberg.

Along with the introduction of the E-scooter, BMW will release the kick-powered BMW City Scooter for riders who are going to travel on the busy roads in their own pace. It will feature a triple-secured folding and locking mechanism, as part of its partnership with Micro. As a treat for the younger generation, the company will also release the adjustable BMW Kids Scooter for children ages 3 to 12.

The BMW E-Scooter ideal for any user will go on sale this September at the company’s German dealerships for $895 (€799), while the City Scooter will cost $224 (€200). So far, there has been no announcement about an American release, but considering that these kinds of vehicles have been street legal during the past few years, its sure to make their way to states before long.