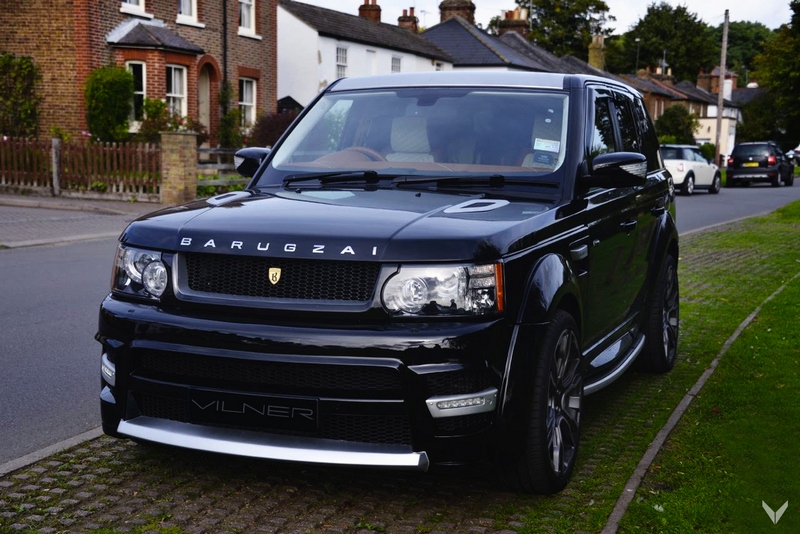 Recently we received bits and pieces information about a special project Vilner is working on. The mission is now complete and we know more about it. Named the Above & Beyond project (yes, that is Land Rover’s official slogan), Vilner worked to transform an already tuned Range Rover Sport into an amazingly tuned Range Rover Sport. This is not any old SUV, this was given to the winner of the “Britain’s Got Talent” show. The BGT Range Rover Sport got prepped by British tuner Barugzai before handing it over to the winner. As it turned out the winner wasn’t very keen on the well-earned prize and sold it. Apparently, the new owner wasn’t a fan of the vehicle as it was either. And that’s why and how BGT car ended up in Bulgaria with Vilner – for a second tune up. 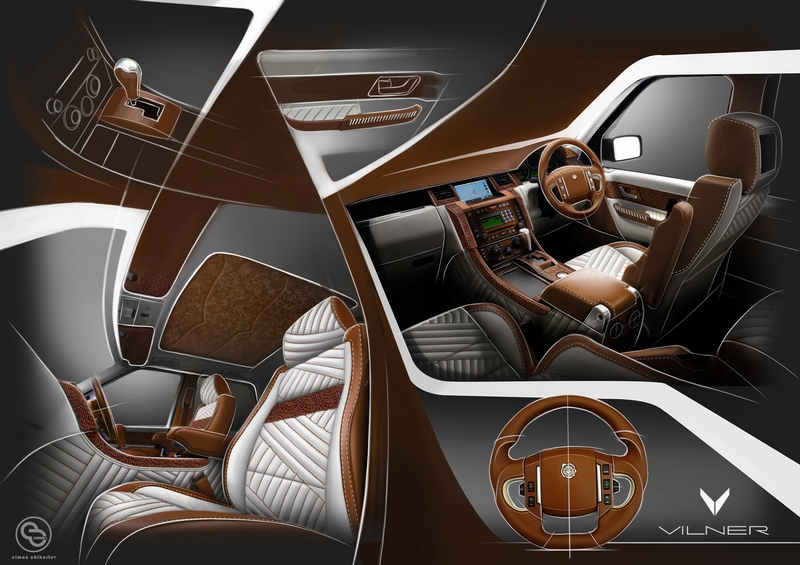 Vilner is celebrating a big anniversary this year, and the BGT Range Rover Sport project is only the second vehicle they worked on to receive – the special “Vilner’s 20th Anniversary” stamp. They worked extensively with one of their innovations – thinned Alcantara. Quilted leather works great in two ways – it add an overall luxurious look to the car and plush seats are a welcome addition on any given day. Everything from air vents to central console, doors, sun visors and the roof lining received at least a touch of white, black and brown Alcantara along with stitches in contrasting colors. 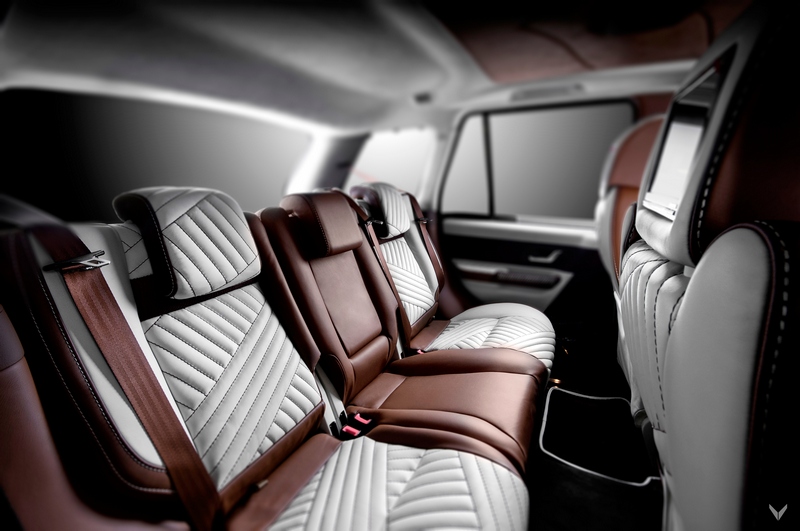 The doors in addition to being ornamented with Vilner emblem also feature leather clad handles. While milk white and chocolate brown are dominant colors, black can be seen on central mirror housing, steering column, and dashboard sides. Vilner left exteriors mostly untouched except wheels. A couple of modifications they did includes – changing wheel rims to Gun Metal Grey matte and switching Barugzai’s gold “B” with a silver. 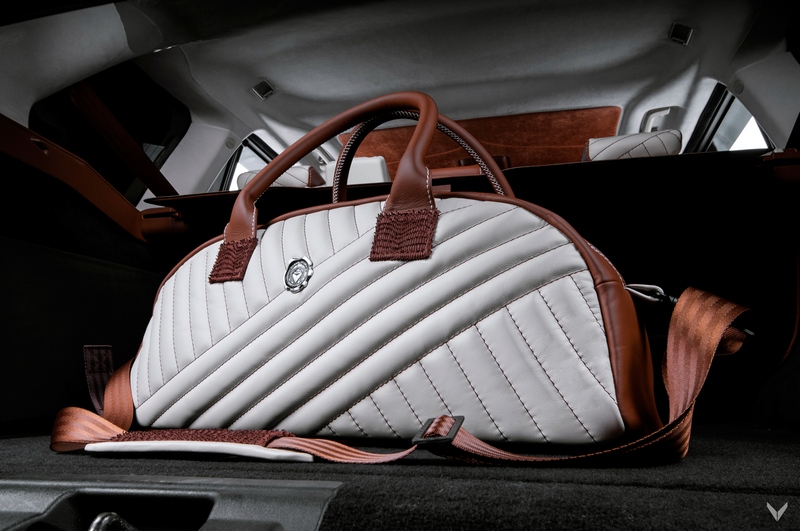 Following in the footsteps of luxury car-makers with accessory collections, Vilner also produced something special for this BGT Range Rover Sport project. When you are roving around in a Range Rover, you need to pack at least an overnight bag, and Vilner designed an eye-catching duffle bag matching the interiors including quilted Alcantara, badge, seal belt strap and a carbon fiber buckle. 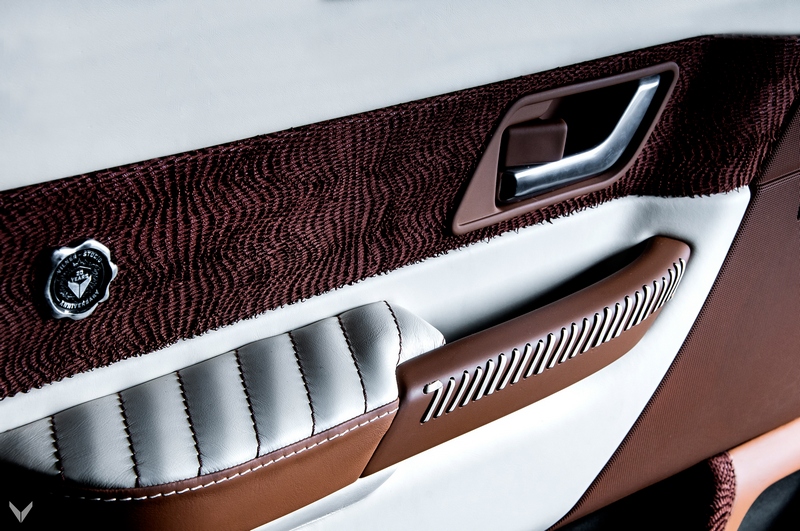