Luxury automakers in competition for a larger slice of the lucrative Middle Eastern market tried to outperform each for the past few days at the Dubai Motor Show. We have seen market specific autos from Bugatti and Rolls-Royce. Taking the center stage, Bentley has unveiled its Middle Eastern version of the Mulsanne, named Bentley Mulsanne Shaheen.

The inspiration for Mulsanne Shaheen is the Shaheen eagle, a bird of prey that is embedded in the culture and society of the Middle East. The exterior paint color “Tungsten-over-Onyx” of the car is inspired by the colors of the eagle. Its interiors feature Magnolia and Beluga leather and a layer of Dark Stained Burr Walnut. Interiors also feature a cabin with Diamond Quilted leather trim. The Mulsanne Shaheen logo in a gold overlay on the rear iPad picnic tables gives it a final touch. Optional features include Wi-Fi hotspot, a large tilt-opening, tinted glass sunroof and an electrically-operated bottle cooler. 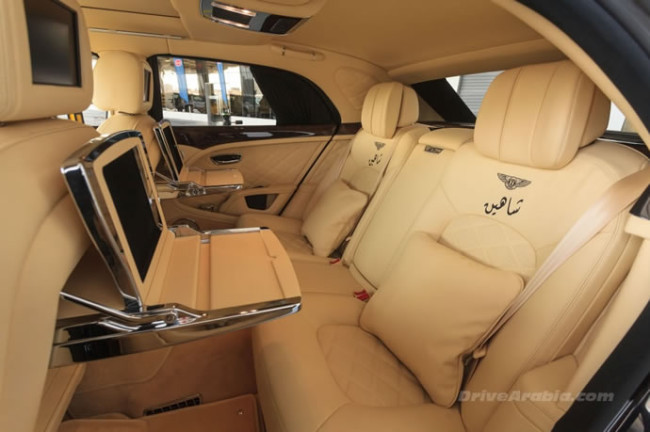 The Mulsanne Shaheen is powered by a 6.75 liter, V8 engine same as Bentley’s flagship Mulsanne. The engine generates 505hp and 752 lb-ft of torque at 1750 rpm. The details on price and availability not released by Bentley at the unveiling. 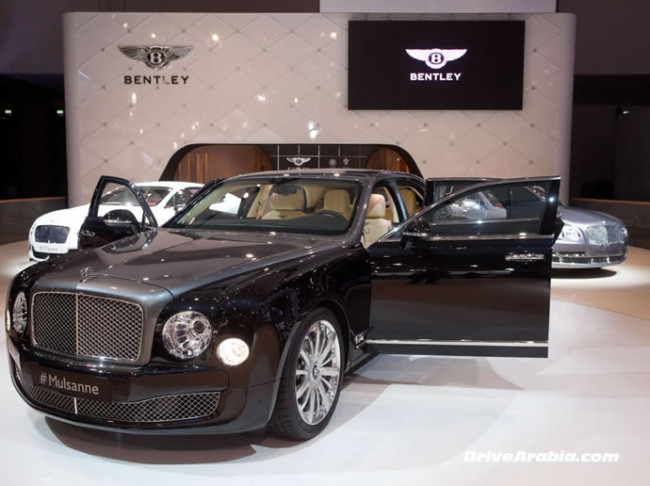 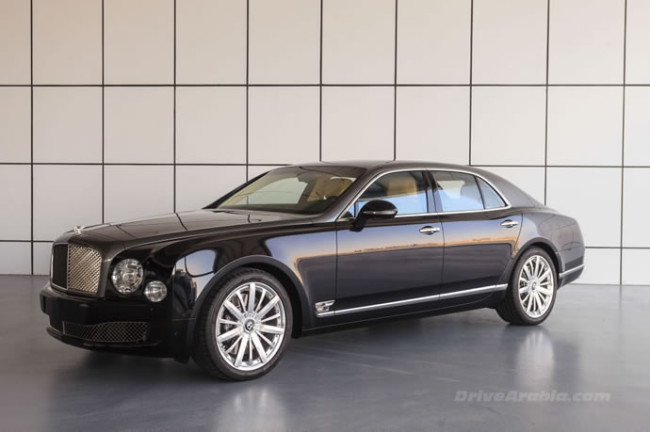