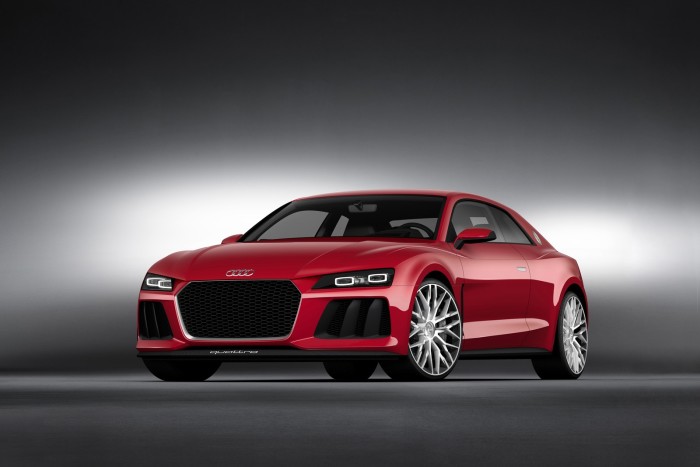 The all new, introduced in September Audi Sport Quattro concept is getting yet another makeover. As announced by Audi, the new concept version to be introduced at the Consumer Electronics Show in Las Vegas (January 6-10) will have a new dressing in Red Plasma color, and more importantly dual Matrix LED and Laser Light technologies. Other than these changes, the plug-in car is same as the one that was introduced at the Frankfurt Motor Show back in September last year.

The new version named The Audi Sport Quattro Laserlight, is highlighting laser headlights which Audi claims the future of the company. Audi explains workings of the lights this way “two low-profile trapezoidal elements are visible within the headlights – the outer one generates the low beam light using matrix LEDs and an aperture mask, while the inner element produces laser light for high-beam functionality.” 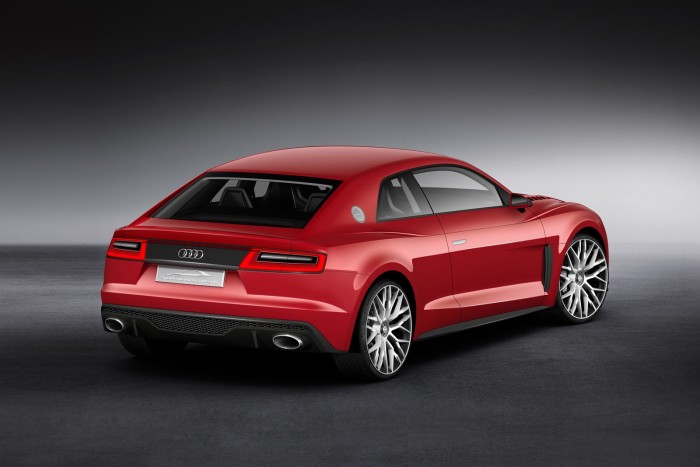 Though the laser diodes are smaller than the LED diodes by a fraction, they are capable of illuminating the road close to 500 meter or 1,640 ft. This is a range of close to twice the lighting range and three times the luminosity of LED high beam lights. There are no plans to introduce new lighting technologies to road cars anytime soon, concept will stay on race track in the 2014 R18 e-tron quattro.

Inside there are no changes to the instrument panel and controls. Seats feature the same dark grey and clear lines that put emphasis on lightweight design. Powered by the same plug-in hybrid four-liter turbocharged V8 engine, it produces 560hp of power and 516 lb-ft of torque. The lithium-ion battery is capable of storing 14.1 kWh of energy. When both V8 and electric power is on, the Audi Sport Quattro Laserlight concept can accelerate from 0-62 in just 3.7 seconds. Its top speed is clocked at 190 mph. 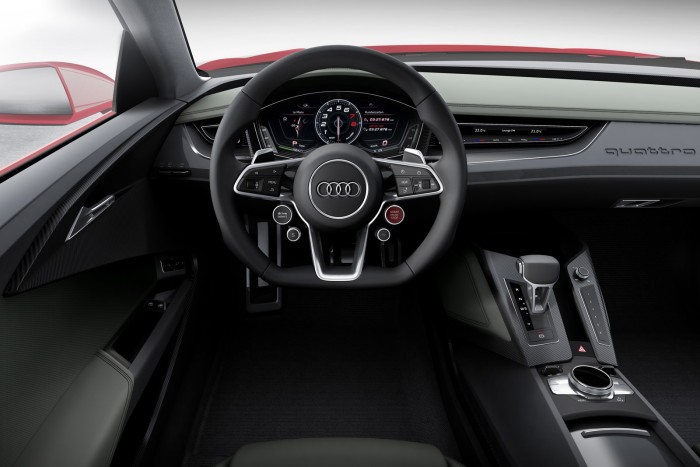 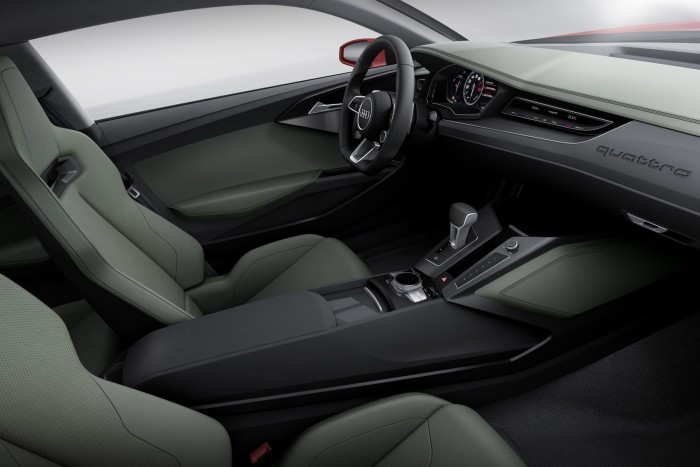 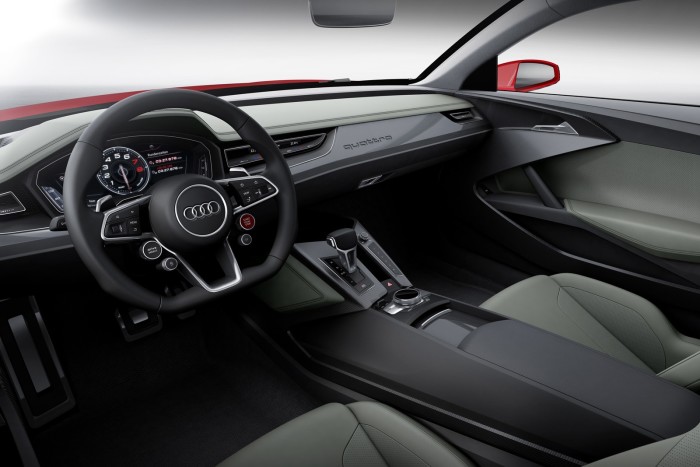 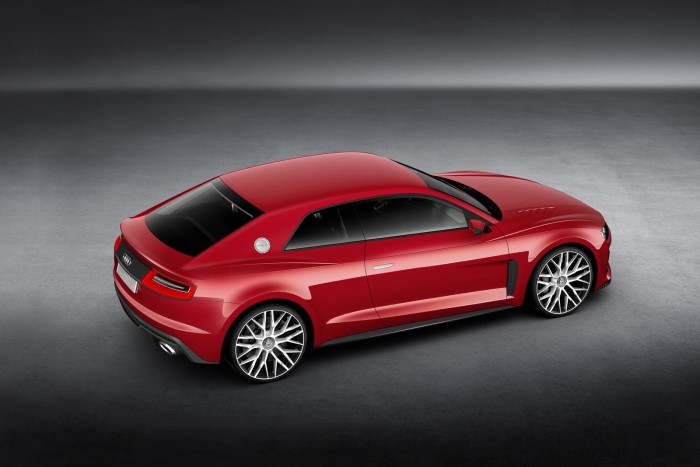