To celebrate their custom racing department delivering the 100th example of the Audi RS3 LMS less than a year after its official debut, the Volkswagen-owned brand has released this gold wrapped unit during the Audi Summit in Barcelona. A powerful entry level race car with 350hp, this special edition was introduced on stage by junior racing driver Joonas Lappalainen. 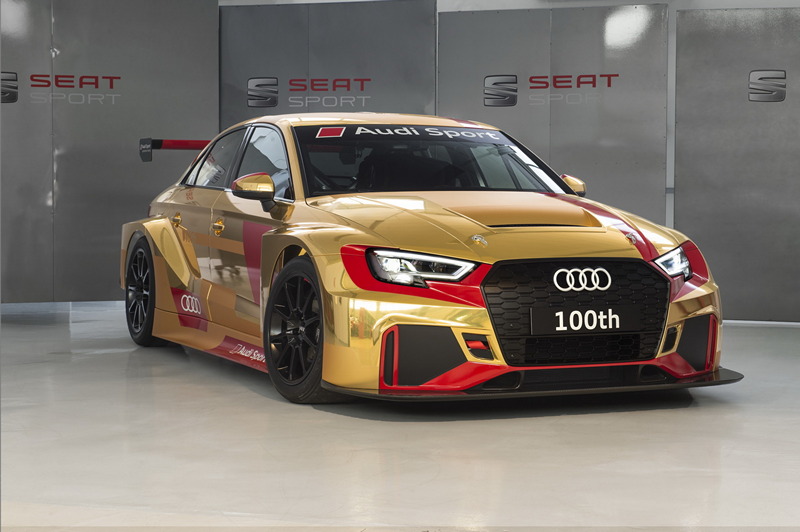 Chris Reinke, Head of Audi Sport customer racing said: “We have already delivered 90 examples of our race car to customers around the world and have received pre orders up to the 100th model. We’re proud that our entry model for touring car racing has gone down so well and that it is already such an important pillar of our model range.”

All of Volkswagen Group’s TCR race cars are built in Spain at the Martorell factory. The popular Audi Sport customer teams have already participated in 125 races on three continents and won 24 races, they also had podium finishes 49 others. The series is particularly popular in the US since its 2012 debut.