Hunton, the British luxury powerboat builder is coming to America. Known as the “Aston Martin of the seas,” Hunton hopes to emulate the successes of Aston Martin and Range Rover in the American market. Their first model to introduce will be XRS37. Total Marine, a Connecticut-based full-service boating business will be the sole distributor of Hunton line. 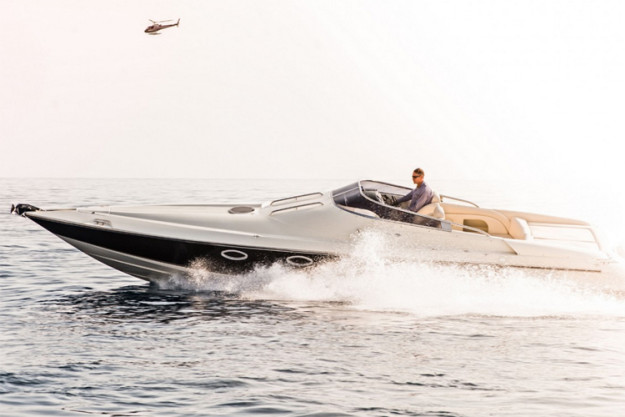 The XRS37 is a sleek and elegant boat with racing pedigree, hand build at Hunton headquarters in Hampshire, England. The actual length of the boat is 37’ 3” with 155-gallon fuel capacity, has a top speed between 50 and 60 knots and a range of 250 nautical miles. Interiors feature handcrafted designed in fine British furniture, according to the company. Some of the optional features include air conditioning, heating, and stainless steel mast. The exterior of the ship is charcoal gray. Hunton line also includes the XRS43, 1005, and the 830 tender. A new model, EQ52 is set to make debut next year. Each Hunton boat is built to customer specifications, with extensive collaboration between client and Hunton design team. 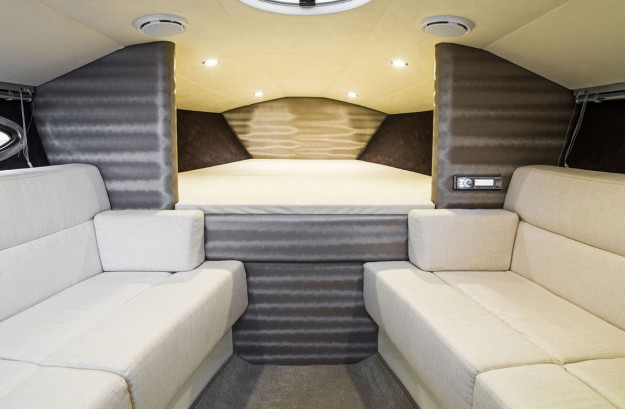 “The XRS37 is the ideal first boat to bring. A true performance boat, it perfectly reflects the fantastic design and bespoke features that make Hunton such a legendary brand in the UK and Europe,” said Fiona Pool, managing director of Hunton. “We’ve had a fantastic year both at home in the UK and in the South of France, but to cap the year off with our official partnership with Total Marine is the icing on the cake. We have seen the success of great British brands, such as Aston Martin and Range Rover in the U.S., and we’re thrilled to think that we’re taking our first steps along the same line.”

The XRS37 was introduced to the media officially today at the Delamar Hotel in Greenwich, Connecticut. 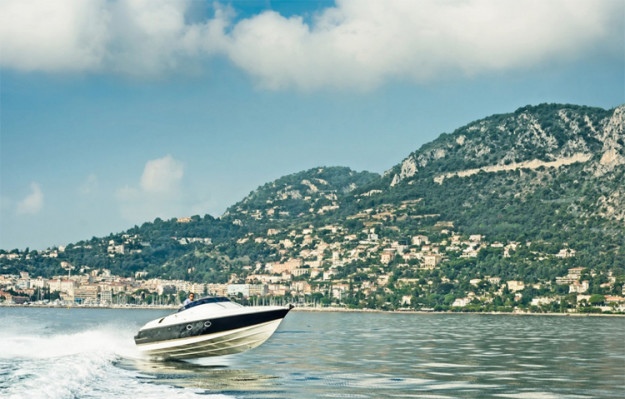 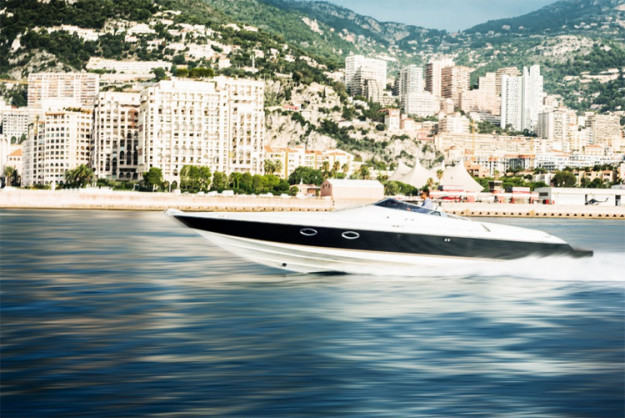