High-end tuner Afzal Kahn is not exactly dough poor. A. Kahn Design owner, Afzal Kahn has rejected an outrageous offer to buy his “F1” vanity plate – £6 million (approx. $9 million.) Kahn owns an impressive portfolio of vanity plates. The one much in demand is the “F1”, which he has on his beloved Bugatti Veyron supercar. “F1” is listed for sale on his website, but he apparently believes it’s worth more than $9 million offer he received.

Kahn paid $870,000 in 2008 to buy the ‘F1’ plate, a record price for a British vanity plate. This, in turn, created a lot of buzz for Kahn and his business. It seems collecting vanity plates is a sound investment. He also owns vanity plates ‘4HRH’ and ‘0077’ as part of his portfolio. If a royal comes around asking for the “4HRH” he sure would entertain the offer, we would think. 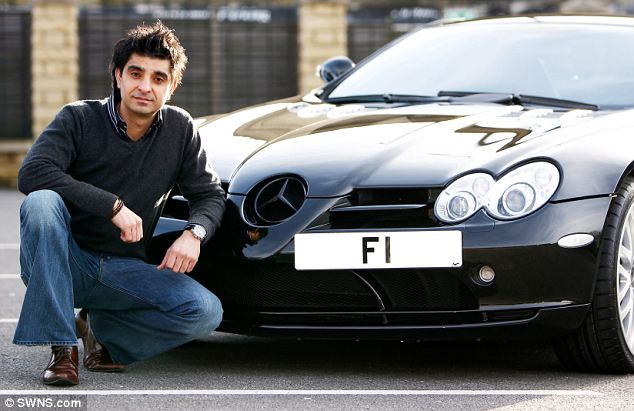 UK’s Daily Mail reported, Kahn rejected the offer with his spokesman explaining ‘We have received a significant multi-million-pound offer for the “F1” plate which we rejected out of hand. Mr. Kahn has no interest in selling “F1”, which is his favorite plate.”

Kahn bought the “F1” number plate from Essex County Council. It was with the council for 109 years and was on a modest Volvo S80. The local authority used the funds from the sale to raise money for a charity which aimed to raise the standards for young drivers.