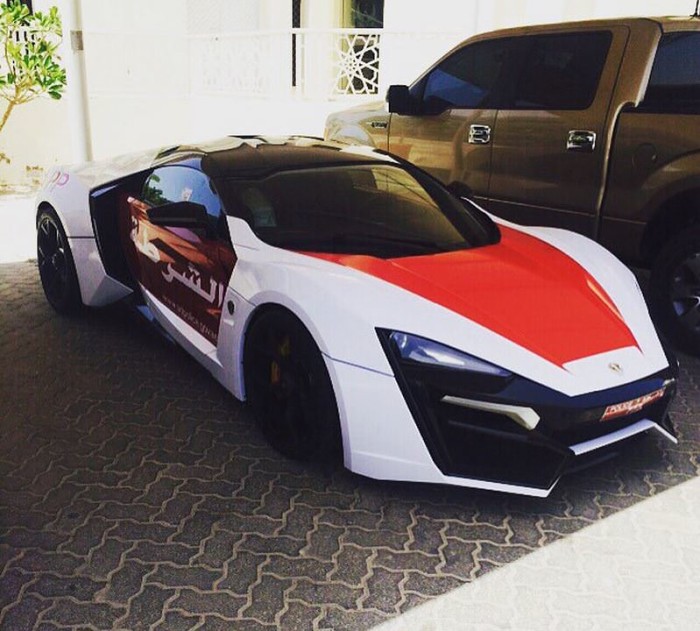 No officer at Abu Dhabi Police can accuse authorities of not providing them with necessary equipment to catch small time crooks and super villains in their kingdom. They are now the proud owners of one of seven Lykan Hypersport supercars in the world. With the $3.4 million car they now have the machine and the license to go after pickpockets and bank robbers at 240 mph top speed in the Arabian desert – something a carpet riding Aladdin would be proud of.

We all know about Dubai Police department’s assorted collection of sports, super and luxury cars. Abu Dhabi Police has taken delivery of a Rolls-Royce Phantom in March. So we can safely assume they will keep adding to their luxury car fleet until they catch up with cousins in Dubai Police. 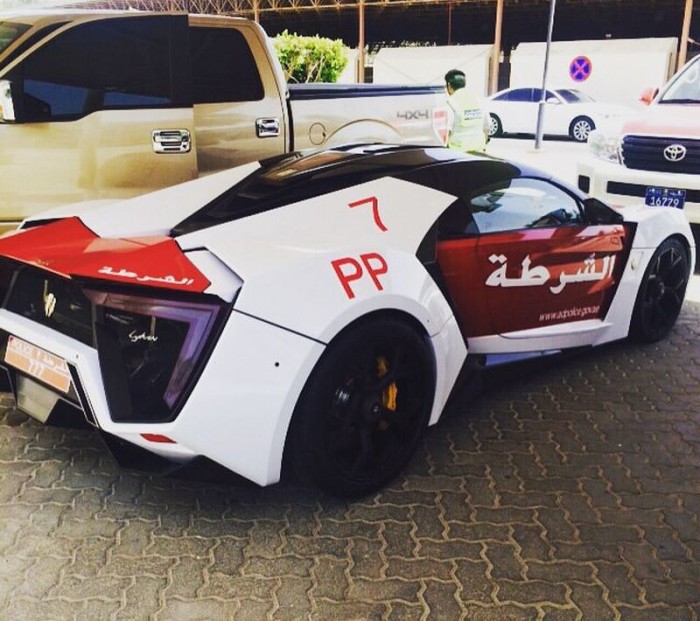 The Lykan Hypersport comes with a 3.8-liter flat-six RUF-tuned Porsche engine that spit out 770 horsepower and 737 pound-feet of torque. We don’t which version Abu Dhabi Police has gone with because the car offer a choice of a six-speed sequential gearbox or a seven-speed dual-clutch transmission. It sprints from 0-60 mph in just 2.8 seconds – no escaping for bad guys in Abi Dhabi!

Images from zero2turbo.com shows a car painted in red, white and maroon. Colors of Abu Dhabi Police are white and maroon, so we can safely assume the supercar with diamond studded headlights and titanium LED blades belonged Abu Dhabi PD. 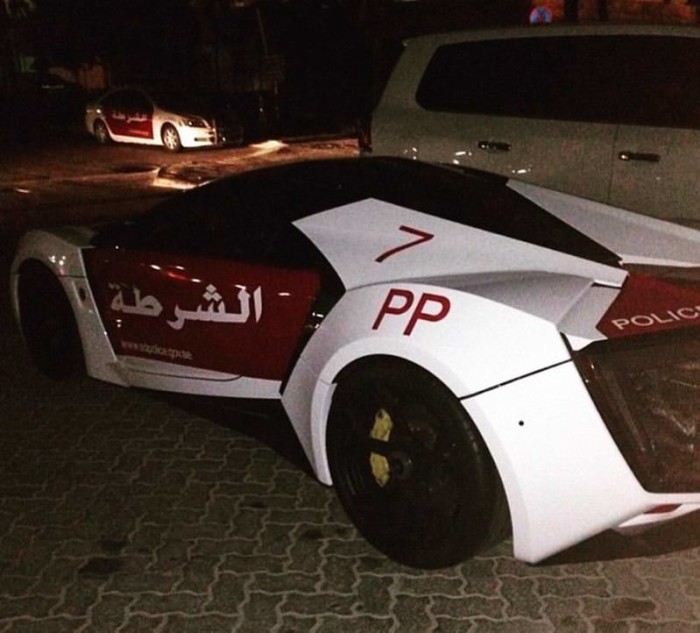