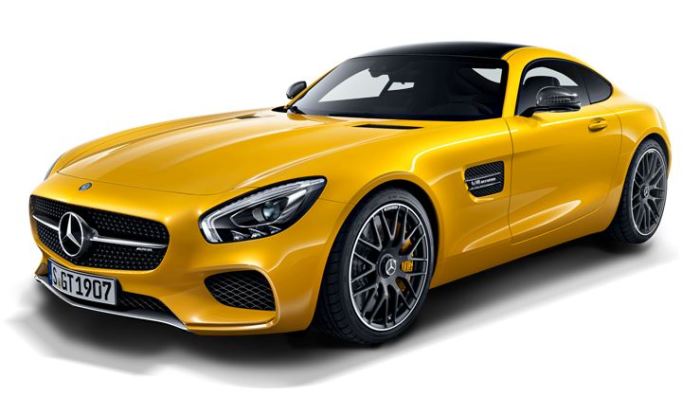 In April German automaker teased us with the images of the Mercedes-AMG GT’s interiors. They have finally unveiled the real thing last week – the 2016 Mercedes-AMG GT. Designed and assembled entirely at their Affalterbach plant, the flagship sports car of Mercedes not even carrying the Benz part of brand’s name. As announced by Mercedes, the car will be available in two trims – the GT and the GT S. regardless of the trim, both cars are powered by the new 4.0-liter, twin-turbocharged V8 with dry-sump lubrication, dubbed the M178.

With the new V8, the standard GT gets to power up all the way to 456 hp and 443 lb-feet of torque. It is also capable of sprinting from zero to 60 mph in just 3.9 seconds. Its maximum speed is electronically limited to 189 mph. For the sportier GT-S model, V8 supplies 503 hp and 479 lb-feet of torque which allows it to accelerate to 60 mph in mere 3.7 seconds. Its more generous top speed is capped at 193 mph. Both trims also come with seven-speed dual clutch transmissions mated to the front-axel mounted engines that deliver power to the rear wheels. 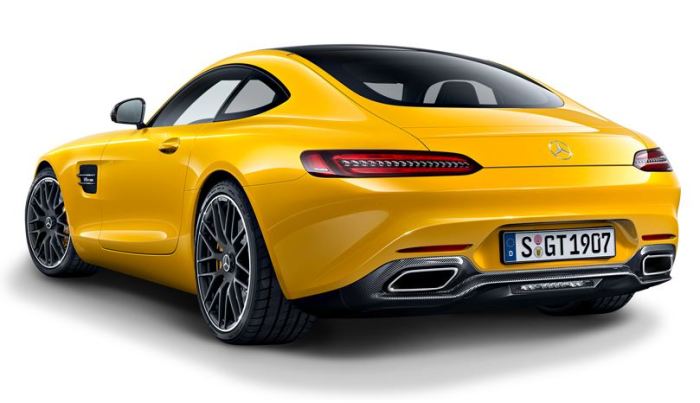 By using aluminium parts that include wrapping the trick drive-train in them, Mercedes managed to give cars a weight distribution of 47:53 from front to back. Its double-wishbone suspensions at all four wheels are also made with aluminum-forged components. As for the styling, not everything is new, borrowed from the 300SL, new GT’s feature the single-bar chrome grille and bubble roof. The front of the coupe, an oval-shaped grille houses two large air intakes at the lower corners with Mercedes star nestled between them. The back looks wider than it actually is thanks to its slender taillights poking out from the bulky rear fenders. What’s more, its rear spoiler is electronically controlled, so it stays out of sight when not in use.

As we have learned back in April, the GT has the look and feel of an aircraft control panel. The Drive Unit, as Mercedes calls it has buttons arranged like the cylinders of a V8 engine on either side of the transmission stick. The coupe also has two-toned leather sports seats, a flat-bottomed steering wheel, and carbon fiber trim. Optional features include ceramic brake rotors and forged wheels. There is also a special package named Dynamic Plus available for the GT-S – it offers options such as dynamically adjusting engine and transmission mounts.

The launch date for 2016 Mercedes-AMG GT S in the US set for spring 2015 and launch of standard GT is not until a later in 2016. Pricing for either car is yet to be announced. 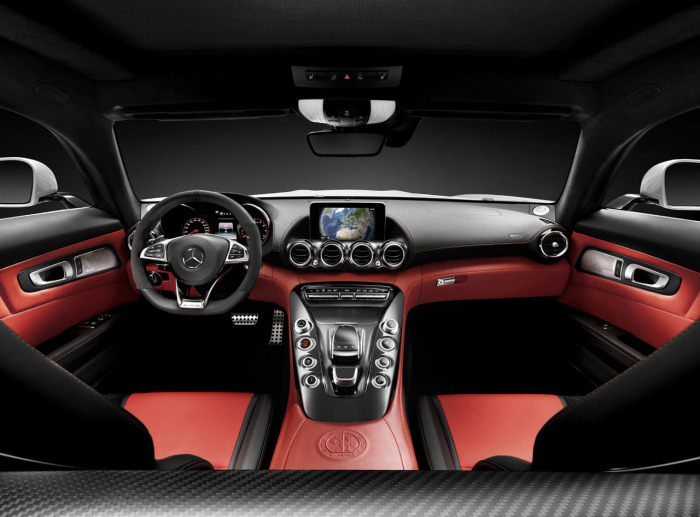 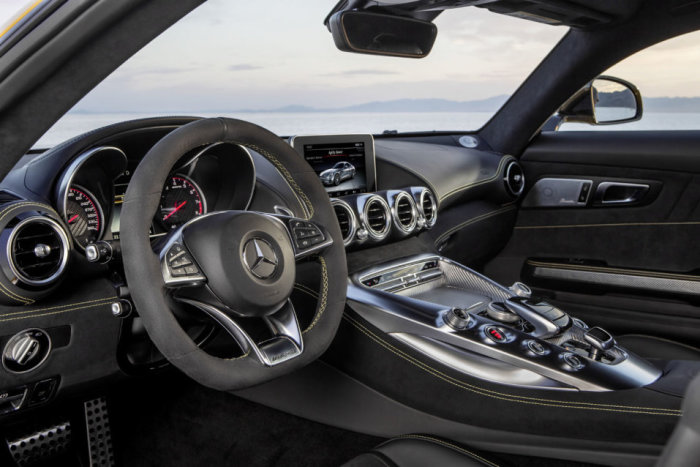 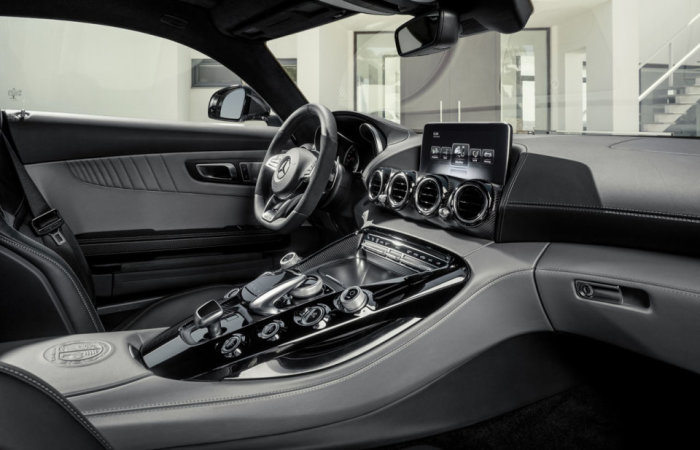 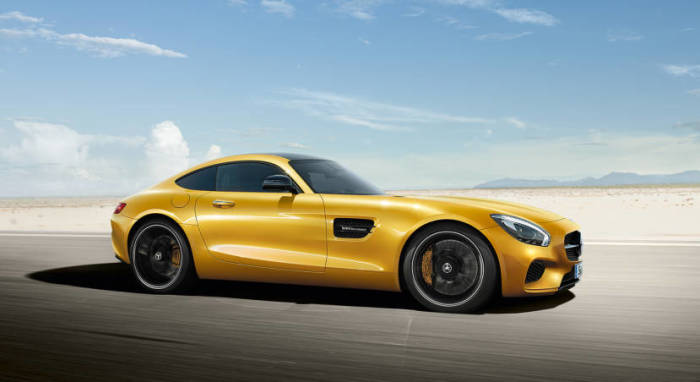 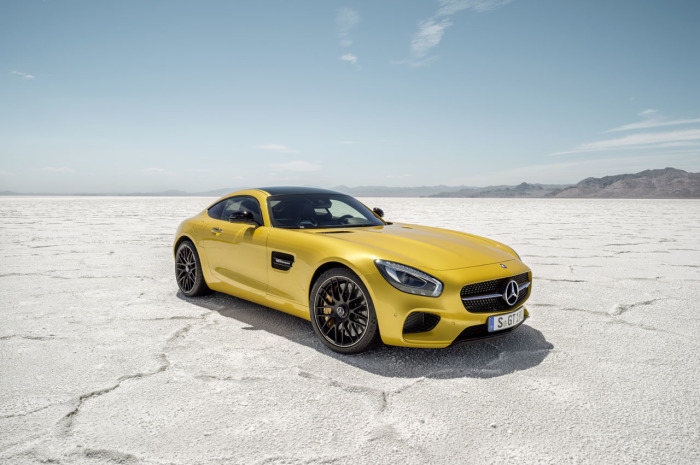