A couple of leaked images of V-12-powered 2015 Mercedes-Benz S600 are doing the rounds on the internet before this week’s unveiling at the Detroit Auto Show. One leaked image shows a partial view of luxury interiors and the other gives the exterior view from the back. Images have managed to create plenty of buzz about the car before the official unveiling for sure.

The S600 has the same resembles of the other new S Class vehicles, though this one comes packed with lots of power in its 6-liter V-12 engine. V-12 is rated at 390 kW, and the engine output calculated to be an impressive 523 horsepower while its torque is 612 lb ft. Using all this power S600 can go from 0 to 62 in 4.6 seconds, and has a top speed of 155 mph. Other leaked specifications show it comes with the 7G-Tronic Plus seven-speed automatic and 4Matic AWD.

Full details on the 2015 Mercedes-Benz S600 will be released at this week’s unveiling. 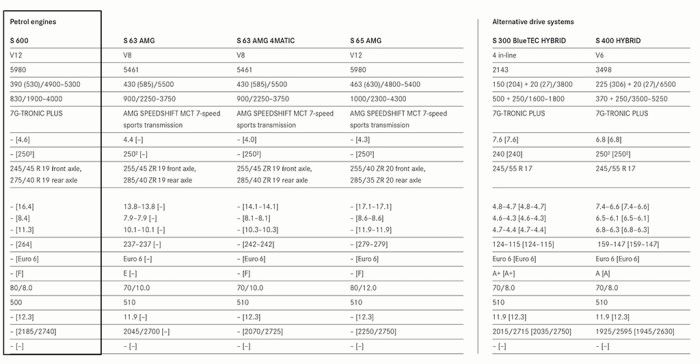