After deliberate looking leaks of all sorts from the automaker, 2015 Mercedes-Benz GLA-Class is finally here. Compact SUV/crossover GLA will be the fifth in the Mercedes lineup. Public debut for the GLA is set for September 10th at the Frankfurt Motor Show. GLA along with new A-Class and CLA-Class will go on sale in the US next fall. 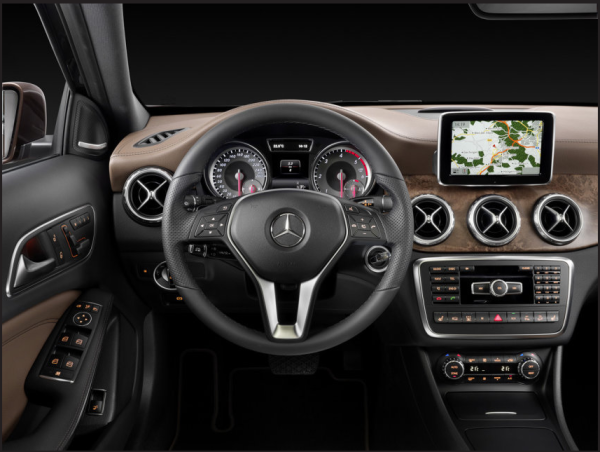 DNA of A-Class has survived from prototype to production. Except for few minor differences such as the shape of the C-pillar, the headlights, and the front bumpers, everything else is muscled up to add SUV cred to the GLA. Compared to A-Class, GLA is slightly bigger in size. If we are compared to it to an existing similar size vehicle, Kia Sportage is the closest to GLA dimensions.

From the handful of front cabin pictures of interior issued from Mercedes, they appear similar to A-Class. First to go on sale next year is the GLA250 4Matic with a turbocharged and direct-injected 2.0-liter inline four-cylinder engine producing 208 horsepower and 258 pound-feet of torque, paired to a seven-speed dual clutch transmission. Impressive performance is expected to form the vehicle, Mercedes promises a 0-60 time of 6.4 seconds. GLA250 expected to go on sale in 2015. No release date set for GLA45 AMG. 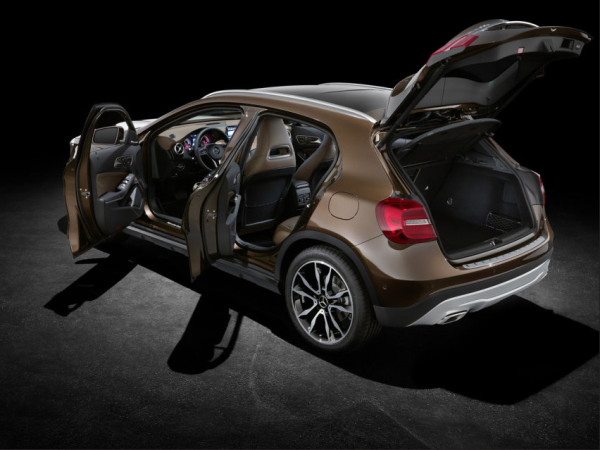 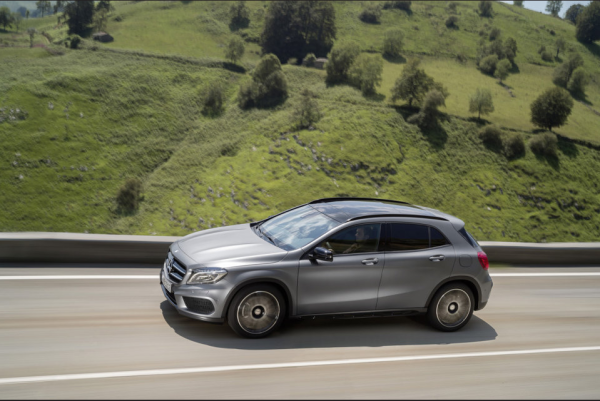 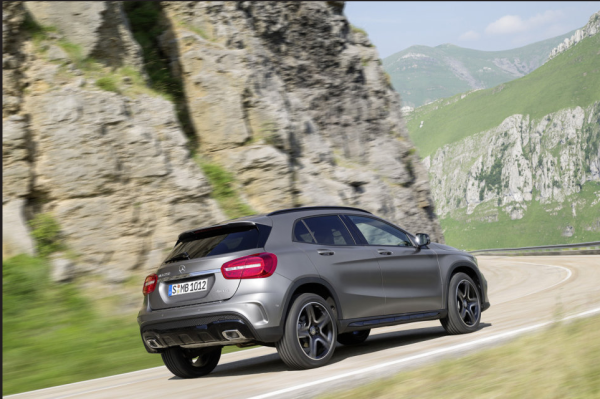