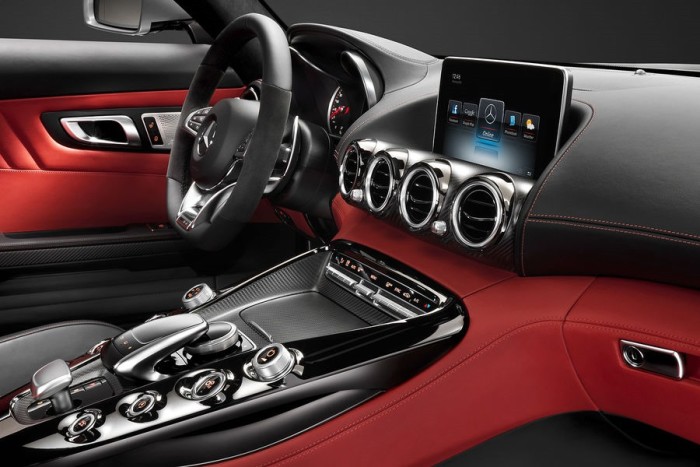 With New York Auto Show around the corner, automakers are releasing obligatory images to shore up some excitement. Mercedes-Benz have done their bit by releasing interior photos of the V8 Mercedes-AMG GT for a sneak peek. German automaker has high hopes for the smaller sports car that replaces the extremely popular SLS AMG.

Noticeable right away is Mercedes-AMG GT’s interiors that looks more like an air plane control panel than a sports car. It has a wide dashboard with lots of room to fit everything in comfortably. Mercedes also indirectly confirms it comes with a V8 engine, buttons on the AMG Drive Unit are arranged like the cylinders of a V8 on either side of the alien looking transmission stick. 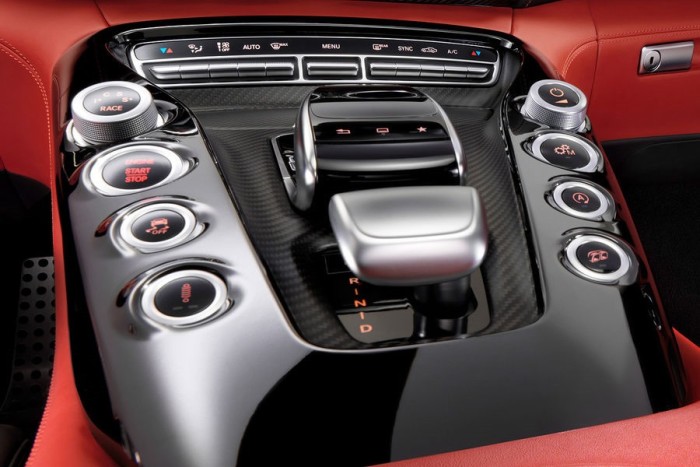 It has a wide center console with metallic accents, a touch screen infotainment system and a drive selector with at least five different modes. There are also buttons to change exhaust sounds, to switch off traction control and firm up suspension. Other highlights include two-toned leather sports seats, carbon fiber trim and a flat-bottomed steering wheel.

The AMG GT will be powered by a twin turbo 4.0 liter V8 that delivers 520 bhp. There are also unconfirmed reports of Mercedes releasing two other versions – an entry level model with 480 bhp and a top range with 580 bhp. However, for the time being we all have to settle for the Mercedes-AMG GT 520 bhp that will debut later this year. 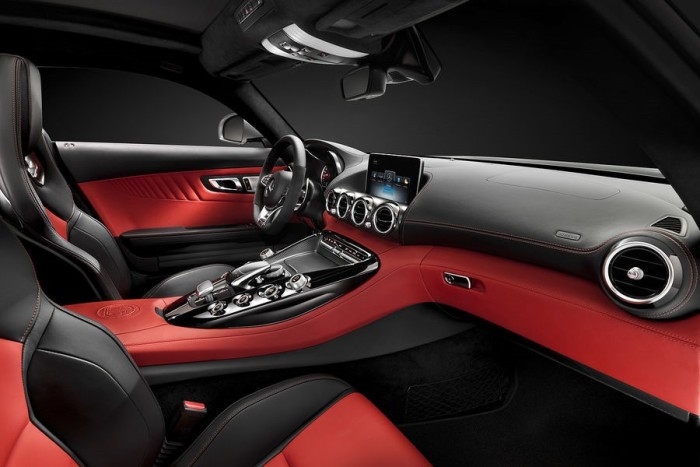 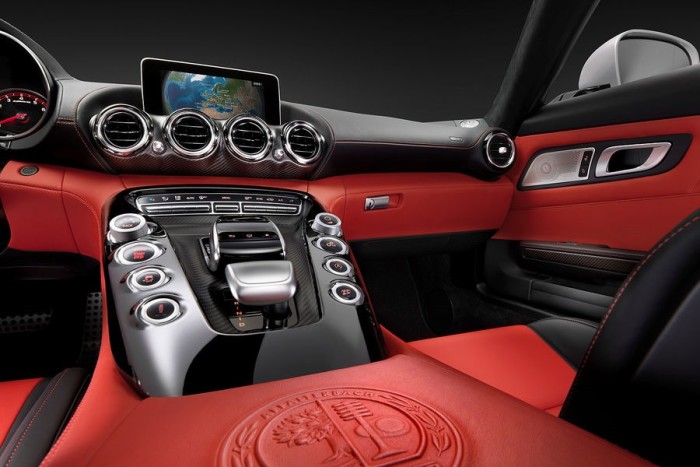 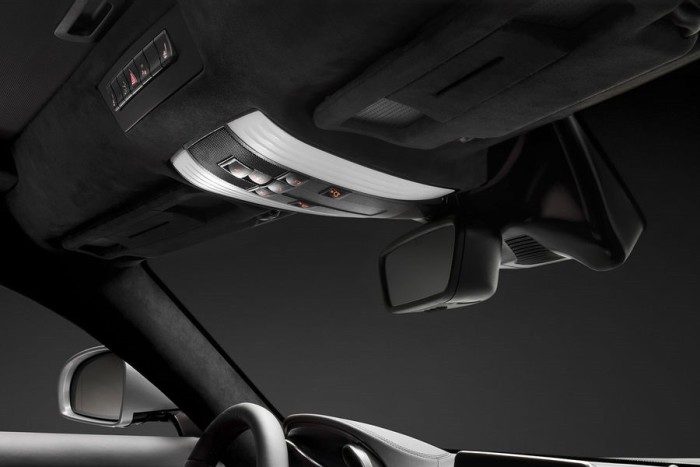