After getting everyone excited with numerous leaked photos and teaser videos, GM has finally unveiled the 2015 Cadillac Escalade yesterday, at a special event in New York City. The new Escalade, as expected comes with more upscale detailing and smooth finishing worthy of a luxury vehicle. 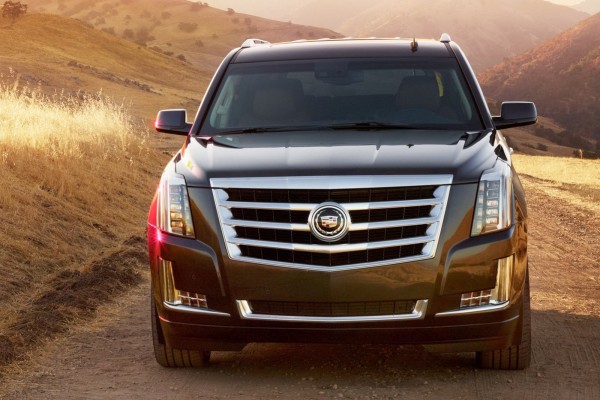 A favorite vehicle among auto thieves, GM has made every effort to discourage them from adding OnStar Stolen Vehicle Assistance supported security features, such as an intrusion sensor, inclination sensor, and glass breakage sensors.

Escalade comes in two versions with standard wheelbase (203.9 inches) and the extended ESV wheelbase with 224.3 inches. Extended ESV version offers more space for third-row passengers and 60 percent more cargo space behind the third-row compared to the regular wheelbase. Other available options include drivetrains of 2WD and 4WD. Both versions are powered by 6.2-liter V8 direct injection engines with 420hp and 460 lb-ft (623 Nm,) which is a 5 percent increase in horsepower and 10 percent increase in torque than the 2014 model. Engine comes paired with a Hydra-Matic 6L80 six-speed automatic transmission with TapShift control, while Magnetic Ride Control is standard on all models.

More details including pricing and fuel economy will be released later before 2015 Cadillac Escalade goes on sale. 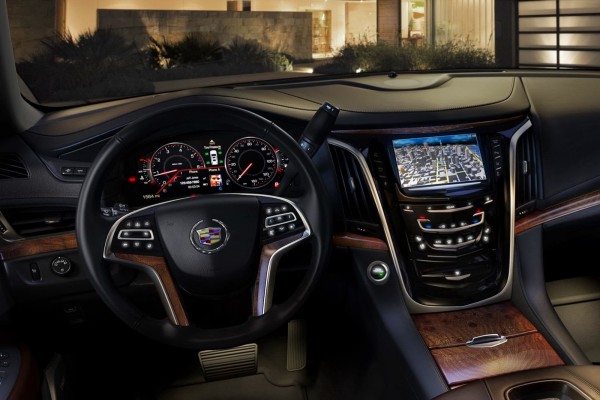 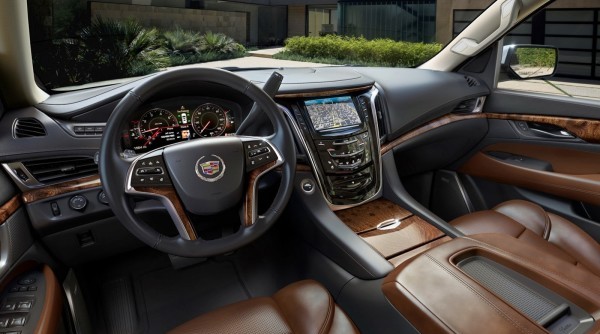 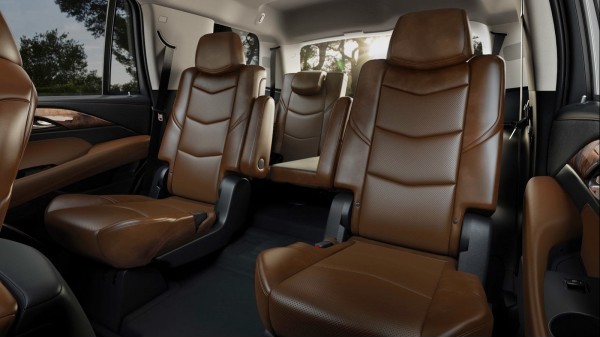