After a lot of hides and seeks, and few leaks BMW finally took the wrappers off its 2015 M3 Sedan and M4 Coupe. If you are willing to embrace or forget the new naming and split of 3-Series, there are two cars that are worth spending some time learning about. After all, with the M Series BMW never stuck to a specific mode, so new changes can’t be that much of a shock to those who know the car. Having said that, for the new M3 and M4, BMW decided to do away with energy-hogging V8 engines and return to twin-turbocharged straight-six engines. This switch actually gives more power for the newly configured cars than the V8’s.

The high-revving inline-six engines produce a maximum output of 425 hp and a peak torque of 406 lb-ft. These improvements come from the evenly and broadly spread power rotation ranges of 5,500 rpm to 7,300 rpm for horsepower, and 1800 rpm to 5,500 rpm for torque. These numbers are an eye-popping 40 percent increase from the previous model, even more, impressively, it also improves fuel consumption and emission reduction by 25 percent. Thanks to new engine improvements, cars are capable of accelerating from 0-62 mph in all of 4.3 seconds, 4.1 seconds with the standard six-speed manual and 3.9 seconds with the optional DCT gearbox. Both cars are capable of reaching top speeds of 155 mph in standard trim and 174mph with optional M Driver’s Package. 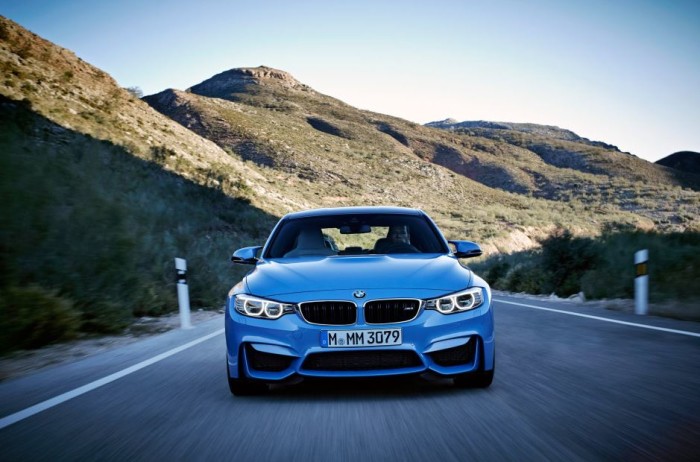 New inline engines also come with 22 lbs less weight. Overall, cars are 176 lbs lighter than the now old model. By using carbon-fibre-reinforced plastic (CFRP) and aluminum for chassis and body components, BMW managed to decrease the weight of the cars. Roofs of both cars are made from carbon-fiber, though it’s a first for the sedan. Some of the features of the new cars include a new air cooling concept, the electric power steering with three driving modes and dynamic stability control (DSC).

Both M3 and M4 are built on the same foundation as the 3-Series and 4-Series. Out of the box, cars get the standard trim 18-inch lightweight aluminum wheels that can be upgraded to 19-inch wheels. Both machines boast powerful compound brakes but can be upgraded to pricey BMW M carbon ceramic brakes. The front apron and the wide air intakes are designed to add downforce and component cooling at the front.

M-branded interiors feature ergonomic leather sports bucket seats that are standard. Also, come as standards are the M Sport leather multifunction steering wheel and BMW Individual roof liner in Anthracite. Backseats made from the lightweight composite material can be folded in a 60:40 split. The M logo, chrome trim, and color contrast stitching give the cabin a racing ambiance.

The debut of the cars is set for next month at the Detroit Auto Show. They will go on sale early summer as 2015 models. 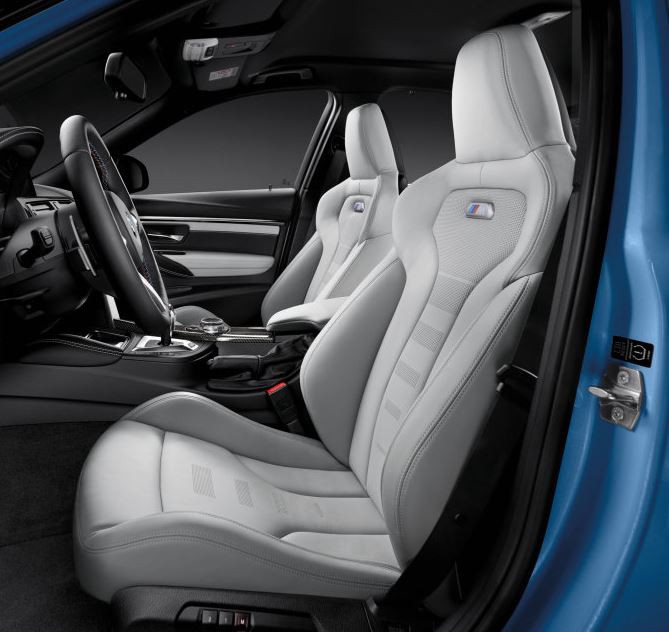 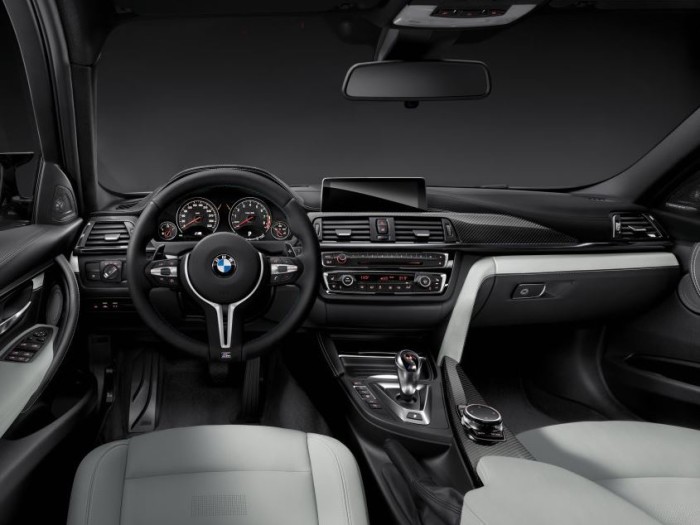 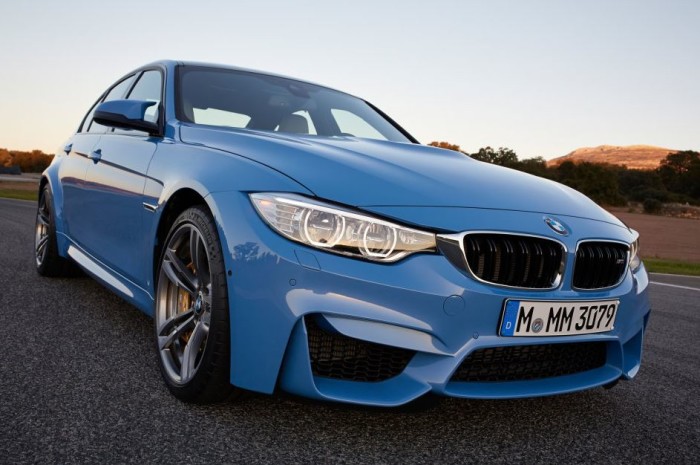 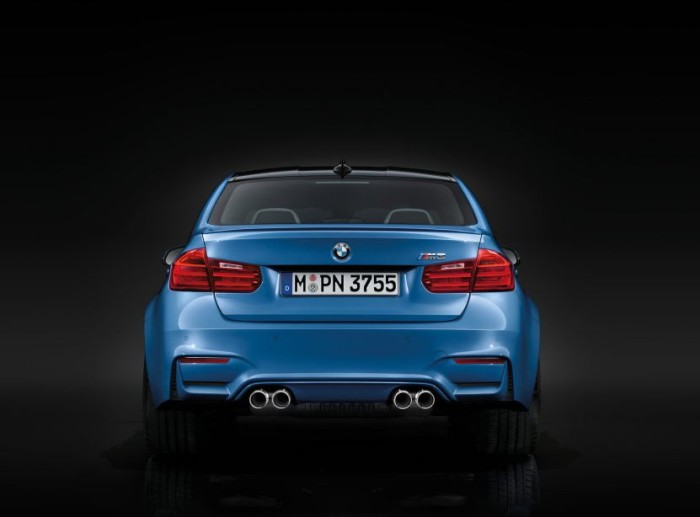 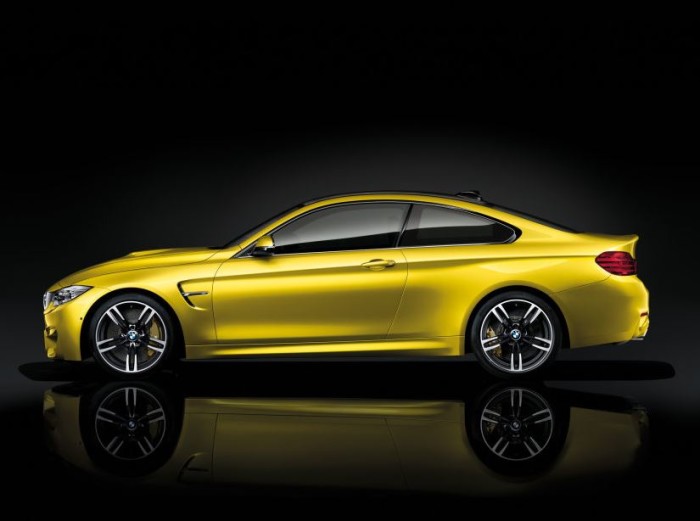 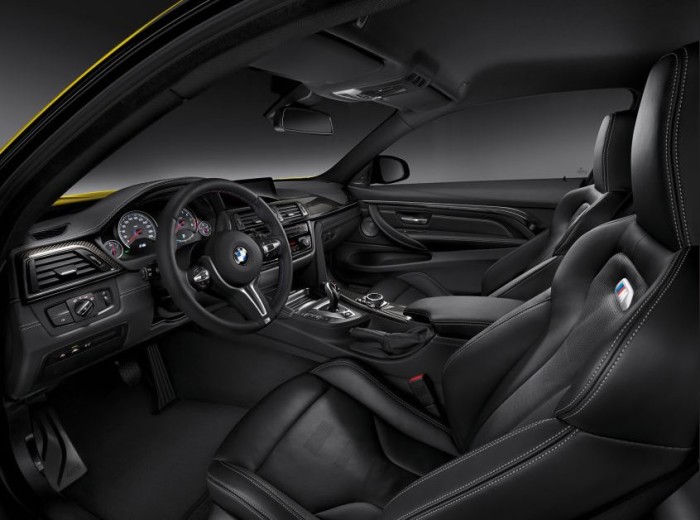 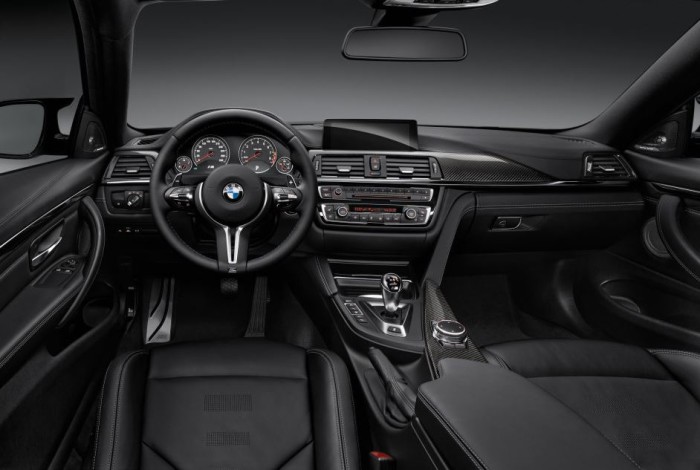 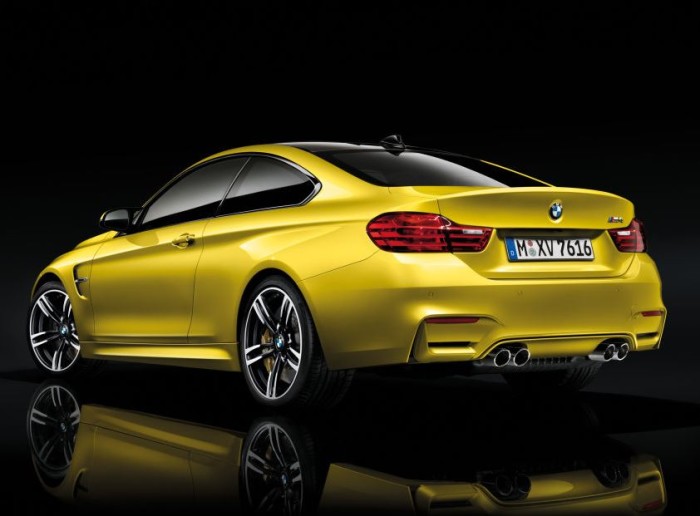 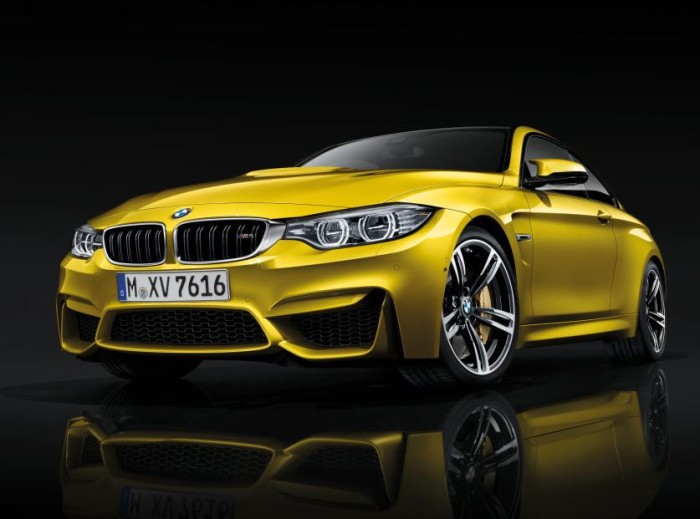