American West – inspired 2013 Ural Gaucho Rambler Limited Edition, is the result of collaboration between Russian old-school motorcycle maker IMZ-Ural and Oregon-based wool and cloth manufacturer Pendleton Woolen Mills. With the Gaucho Rambler, Pendleton marks its 150th anniversary of weaving wool and textiles, while Ural celebrates its 20th year in the US. This is also a wonderful way for Pendleton to pay homage to the legendary American cowboys (Gauchos) of the Southwest. A three-wheeled motorcycle with a sidecar, the Gaucho Rambler is a reminder of the years gone by. 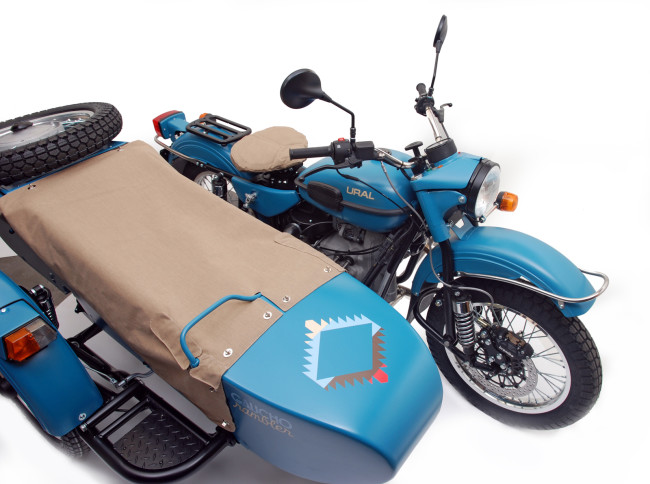 Pacific Blue color of the bike is chosen by Pendleton, along with a sun-weathered canvas and sidecar upholstery to recreate the colors of the western sunset. Staying with the cowboy theme, each bike comes with a “Journey West” blanket with a commemorative label, a coffee pot, cups, plates, a frying pan, a spare tire and a luggage rack. No need to pack, no need to prepare, there’s nothing to do but go. 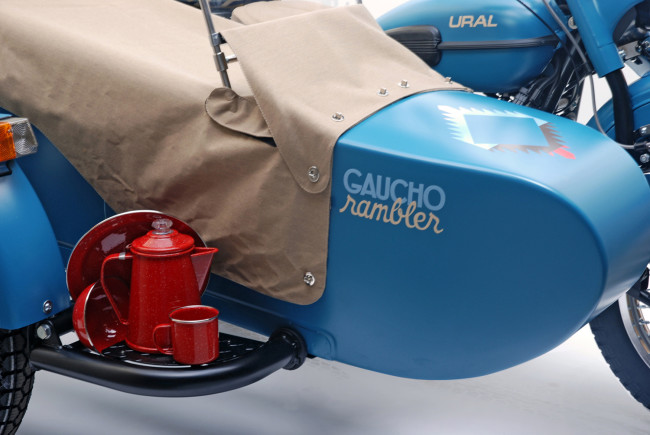 As for tech specifications of the bike, it comes equipped with Urals renowned on demand 2wd capability to overcome any hostile landscape. Powered by an air-cooled 4-stroke two-cylinder engine that delivers 40 hp at 5,000 rpm and 38 ft-lbs of torque, it can reach a maximum speed of 65mph. With the 5 gallon tank, you need to worry about refueling only occasionally. 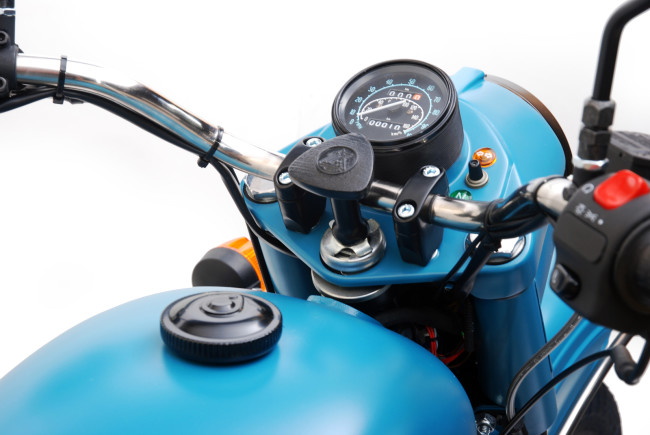 The Ural Gaucho Rambler will be limited to 50 bikes in the US. Available from November, with an MSRP of $14,350 – taxes and fees additional. 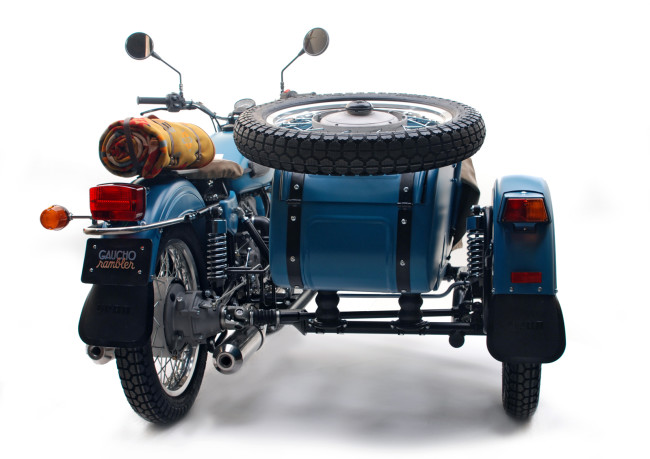 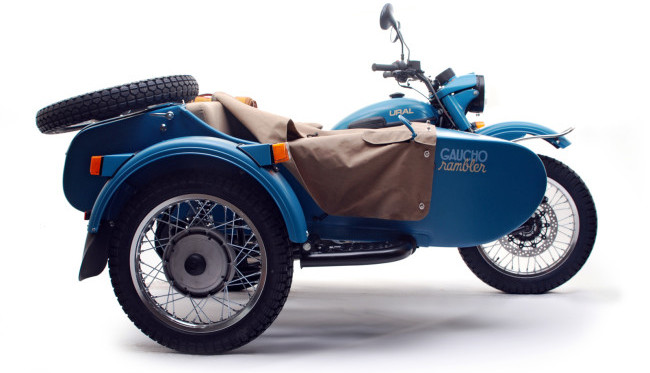