We all love to dress up our smartphones, iPhones specifically get jazzed up a bit more than say Samsungs. For most of us, go to accessories vary from slightly pricey natural leather to not-so-expensive plastic and wood made cases, bumpers, and skins. For some iPhone users these simple trappings won’t do a thing, they absolutely have to have the shiny bells and whistles made from precious metals and precious stones. From January 9, 2007, the day Steve Jobs introduced the iPhone, to today, the entire smartphone industry has come a long way in ways Jobs didn’t even imagine. To celebrate the 10th anniversary, our friends at Luxury Launches compiled a list of 10 most extravagant and ritziest iPhones ever to hit the market. Let’s have a look. 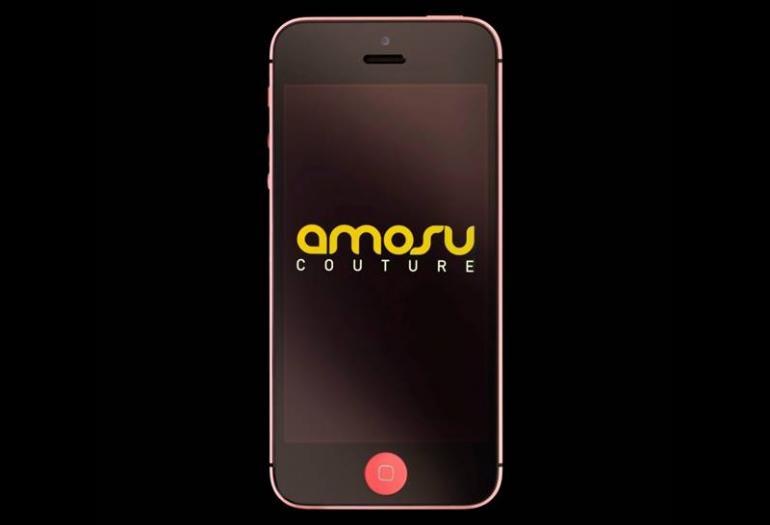 This Amosu Couture pink phone is from way back when 2013. The Valentine’s Day iPhone 5 received a coat of metallic pink paint to add romance to the evening. 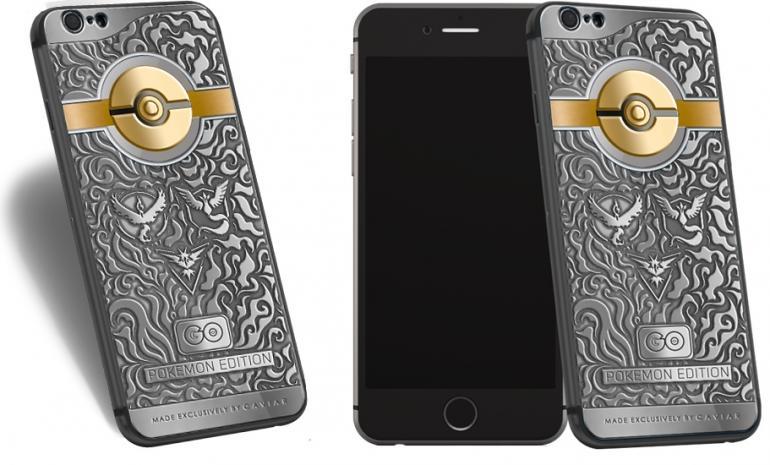 Last year Pokémon Go-craze jumped out of nowhere from app stores to out smartphones. Caviar, the Italian luxury goods brand wanted to do something special for fans of the game. Their idea was to create a special edition iPhone 6S that feature a frame with intricate design and inscriptions such as “GO” and “Pokémon Edition”. The special edition iPhone also came with fully paid 14,500 poke coins worth approximately $100. 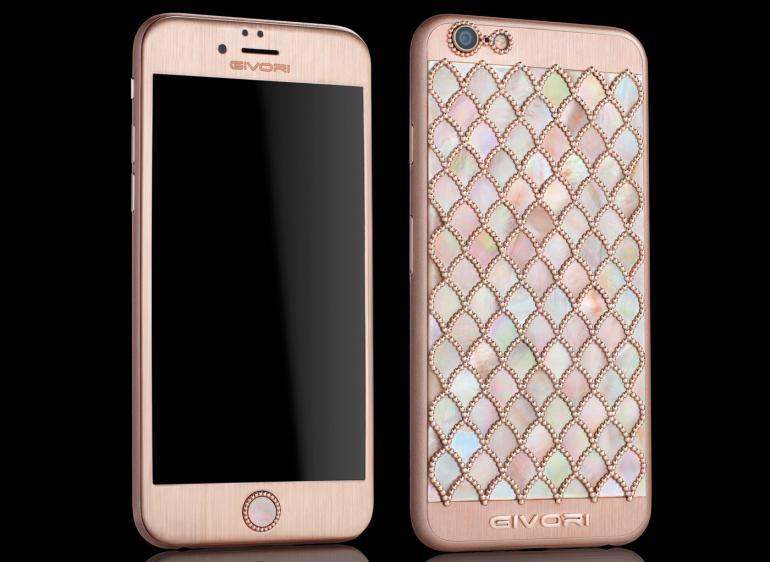 Givori went above and beyond in creating this iPhone 6S Calypso Collection. The iPhone encased in pure rose gold with a brushed finish and hand-carved Mother-of-Pearl fish tail is decorated with finely braided rose gold. The home button also is covered with a piece of pink Mother-of-Pearl. 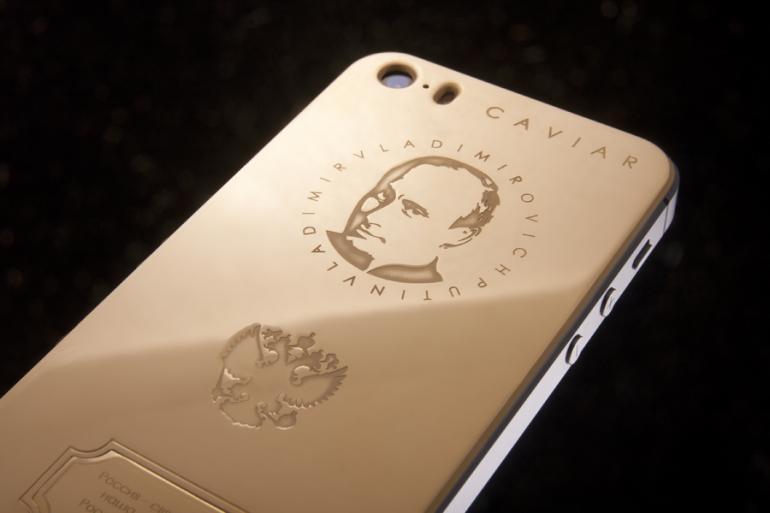 It is Caviar once again. This time they really wanted to shower Russian strongman Comrade Vladimir Putin with love and gold. On the 18-karat back of the iPhone 5S, they have engraved Putin’s portrait, Russian coat of arms and the first verse of the Russian national anthem. 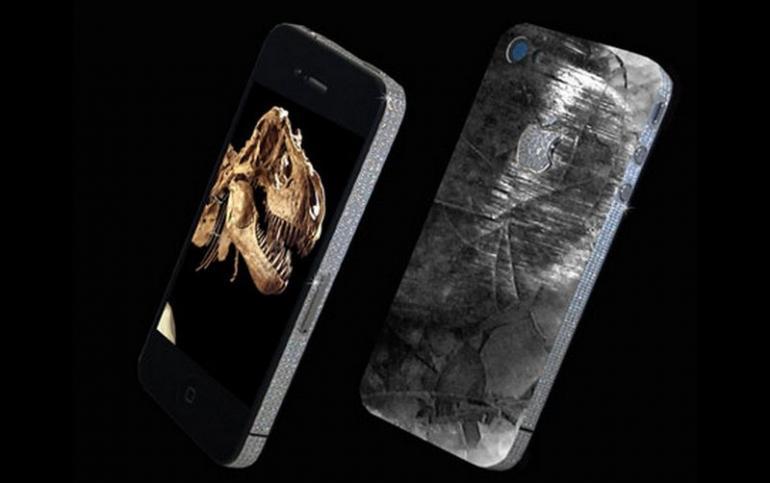 This T-Res themed iPhone also has a bit of real T-Rex on it. In addition to rare 65-million-year old T- Rex tooth pieces and meteoric stone in it, the phone also feature touches of gold and a bunch of diamonds on the rim and Apple logo. It was a limited edition of just 10 units – you can find only so much T-Rex tooth to make luxury iPhones. 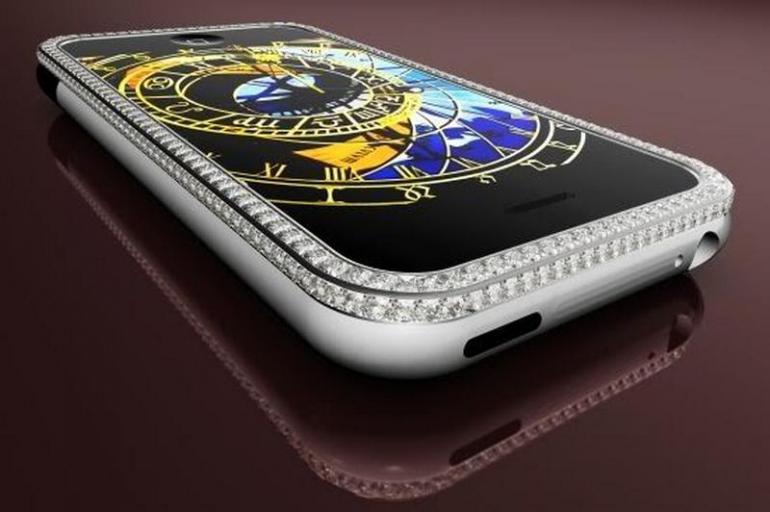 Peter Aloisson has an iPhone more expensive than this one. However, a $176,000 iPhone is not a bad deal either for those looking for extreme luxury. For all that money someone bought an iPhone studded with 318 diamonds (out of which 138 were princess – cut) and white gold trim. 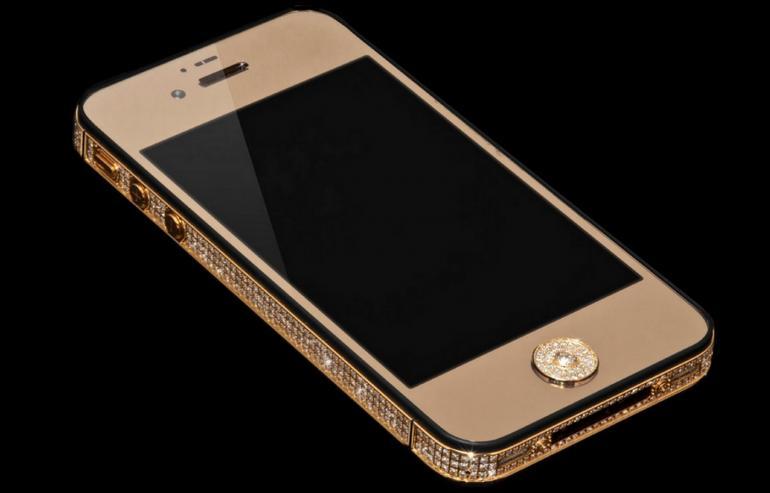 The name same it all – Million Dollar iPhone. In 2014, those who spent a million dollars received from London-based Alchemist an iPhone with a bezel wrapped in 24 karat gold and encrusted with 1600 flawless F grade diamonds. Its home button had a single cut 2 carat diamond and an Apple logo covered with 53 diamonds. 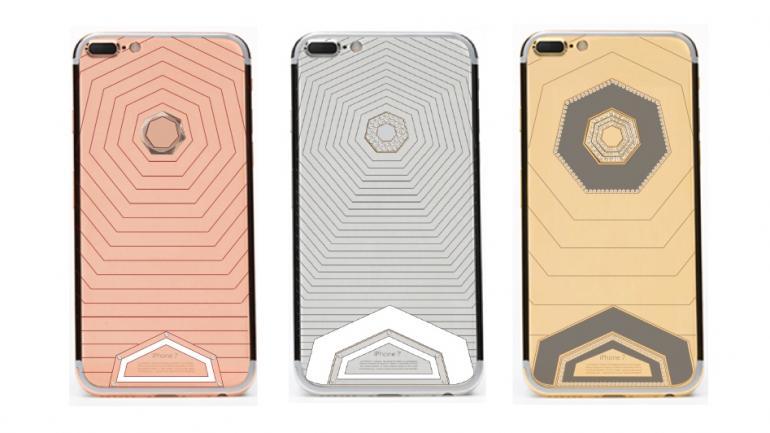 Who can afford to pay millions for an iPhone? Not me, but some people can. LA-based luxury phone maker launched this iPhone in gold and silver lux versions – all decorated with plenty of diamonds, 60 white diamonds on the back to be exact. To protect the valuable iPhone, it was delivered safely tucked in a Zero Halliburton case in suede leather. 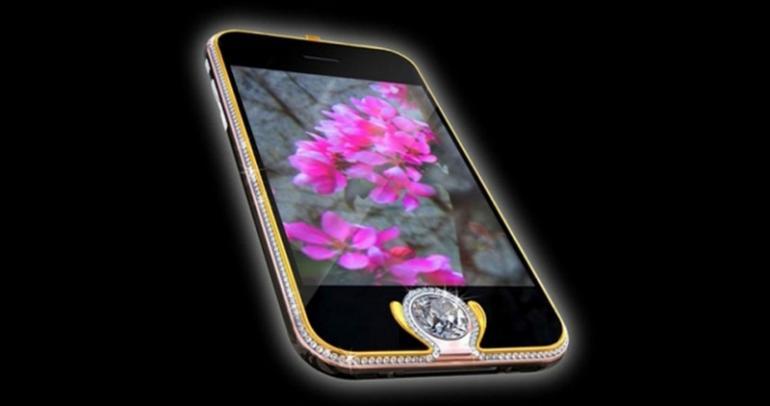 I would say $2.5 Million is little too much for a phone. Some customers of Austrian jeweler Peter Aloisson, apparently, thought otherwise. For this couple of million dollar price tag, back in 2009, someone received a luxed up iPhone 3G with a rare 6.6 carat diamond for the home button. Gold trimmed phone also had a border decorated with 138 brilliant cut diamonds. 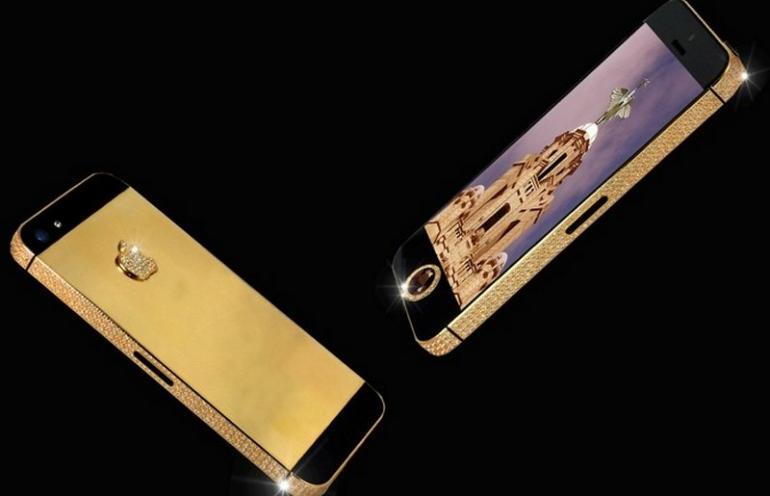 There are so many things you can buy for $15 million, that is not named iPhone. Well, in 2012 after Apple released their latest and greatest iPhone, Liverpool-based Stuart Hughes got down to create the world’s most expensive iPhone. Their ingredients and method included pure solid gold for the body, a rare 26 cut single black diamond for the home button, 600 white diamonds for the frame and an additional 53 for the Apple logo. They also made to make a special Apple logo in gold. We don’t know if they manage to sell a single unit for the asking $15 million price.