Vertu has a brand new model, not entirely true – just a jazzed up version of their original Signature phone. The luxury phone maker is now owned by a Chinese company, this means they are going to pay more attention to Chinese customers. Newly unveiled limited edition, the Vertu SIGNATURE Cobra is their first step in trying to corner the Chinese luxury phone market – not just in China but all over the world. A regular SIGNATURE model costs about $4,200, which is rightly considered pricey. At $360,000, the new limited edition blows that price away without a care in the world. 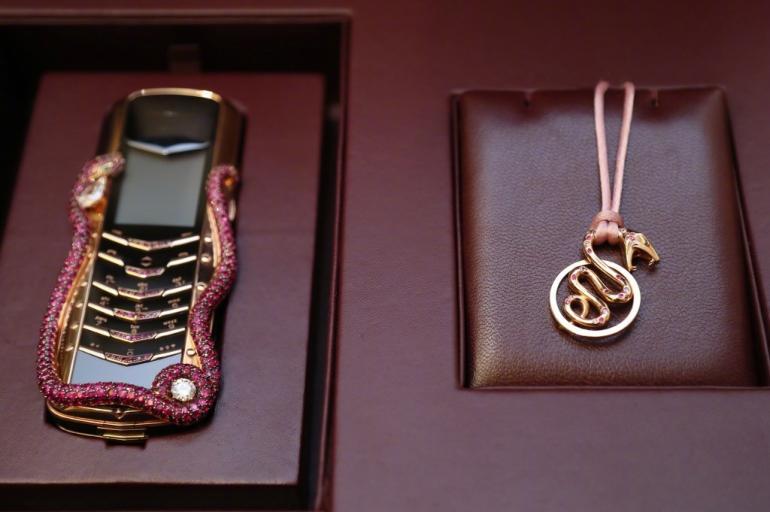 For its high price, customers get a ruby encrusted feature phone with outdated technology. Good news for the privacy-obsessed – the phone is not hackable even by the best hackers or governments in the world. UK hand-assembled phone features 388 different parts. For its jewelry work, Vertu hired high-end French jewelry house Boucheron. They designed and created the Cobra using 439 rubies and two emeralds for eyes. 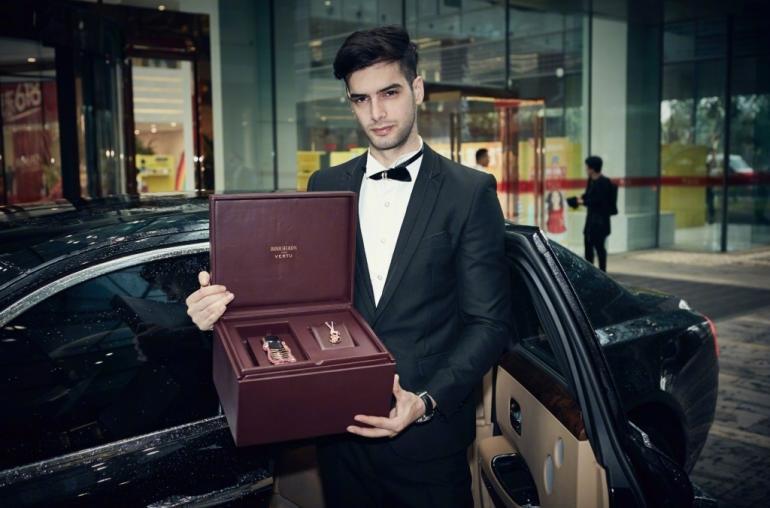 Price includes usual Vertu add-ons such as the famed CONCIERGE service. The Vertu SIGNATURE Cobra is a limited edition of 8 units and just one unit made available for China. This you cannot buy from Harrods or any other fancy department store. The phone is available only from online shopping site Jingdong Mall. Interested customers can secure their unit by paying a fraction 1,000 Yuan ($145) and pay balance 2.47 million Yuan ($360,000 minus $145) prior to delivery. The company offers to deliver it by helicopter for those who can’t wait to get their hands on it – little too good to be true and so unlike Vertu of old.