British luxury brands – Vertu the phone-maker and Bentley the automaker announced in July they are collaborating to create a series of five smartphones during a five-year span. Today they’ve announced the release of the first limited edition named “Vertu for Bentley” based on Vertu’s latest smartphone, the Signature Touch. The Android 4.4 KitKat-based smartphone comes with a host of design features and content exclusive to Bentley. In this case, attention to detail paid even include the design of screws that mimics air vents of Bentley vehicles. 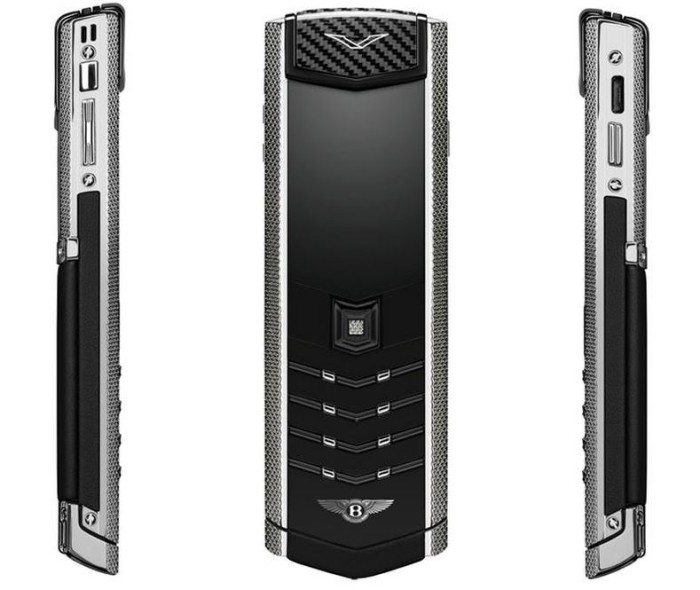 Noticeable right from the start is the diamond-stitched Newmarket Tan quilted calf-leather back panel it comes wrapped in, an unmistakable Bentley design. The case made from Grade 5 titanium has an engine-turned back plate that reflects Bentley’s instrument panel. On the front just below the speakers sits a forged metal winged Bentley badge and Vertu’s signature ceramic “pillow” has been slightly redesigned for a sleeker look. You don’t have to worry about finding a stylish case, it comes with a matching calf leather slipcase with Bentley logo embossed on it. 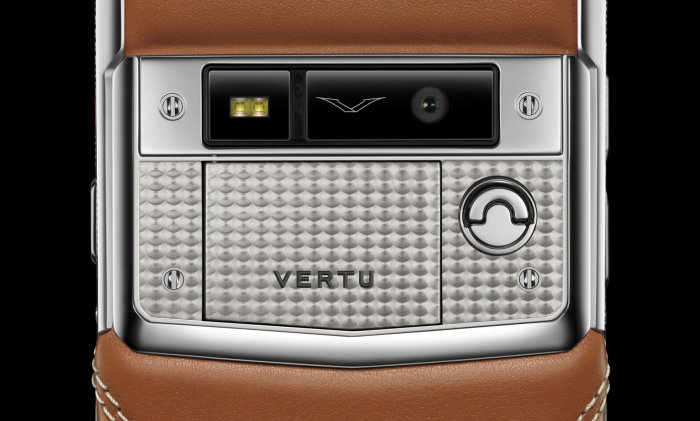 The handset boasts latest and greatest in specifications that include Bang & Olufsen stereo speakers, a 13-megapixel Hasselblad rear camera with dual-LED flash, a 2.1-megapixel front camera, a Snapdragon 801 with 2GB of RAM and a 4.7-inch; 1080p sapphire crystal display. It also has wireless charging as standard and NFC capability. Its connectivity suite includes 4G LTE, Wi-Fi, and Bluetooth.

Designed with Bentley car owners on mind, the Vertu for Bentley special edition is limited to just 2,000 pieces and now available for purchase at Vertu boutiques worldwide. Pricing is not there to shock anyone if you are a Bentley owner, you definitely can afford Vertu for Bentley with your preferred currency at £10,700, €12,500 or $17,100.