Shunning mass production is a virtue at Vertu, the British luxury phone maker. Vertu launched their second Android-based smartphone yesterday, the “Vertu Constellation.”  Their first Android phone Vertu Ti was introduced to the market earlier this year. Combining cutting edge technology with aesthetic design and premium material, Vertu has created a much superior phone this time around than the Vertu Ti. 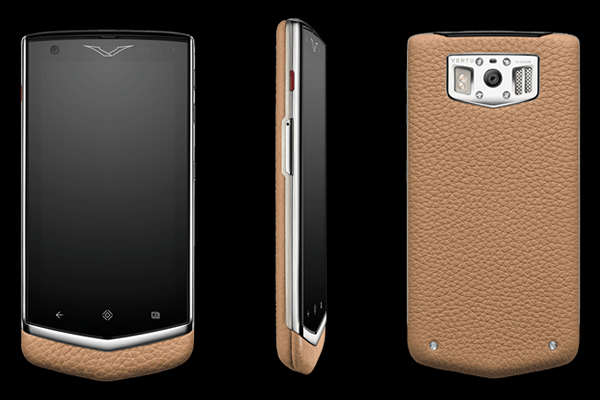 As noted by Vertu, each Constellation is entirely handmade by an individual craftsman in the village of Church Crookham in Hampshire. Its HD display boasts a scratchproof sapphire crystal glass that’s virtually indestructible and never used in a smartphone before. Constellation’s grade five titanium made body comes wrapped in exquisitely refined calf leather from one of the “oldest tanneries in Alps region.” The phone is available in five eye pleasing leather colors of Cappuccino, Black, Orange, Mocha, and Raspberry.

As overwhelming as the look, feel and aesthetics of the Constellation, technical specifications are a bit underwhelming. Constellation comes with a slightly modified version of Android 4.2 Jelly Bean. It has a 4.3” inch 720p display with a pixel density of 342ppi. It is powered by a 1.7GHz dual-core Snapdragon S4 SoC with Adreno 320. Other offerings include 32 GB of internal memory, 13 MP rear camera with full HD video and 1.3 MP front-facing camera, Wi-Fi, Bluetooth, and NFC. Vertu is restricted to 3G connectivity, which is a disappointment. The phone comes with composed for Vertu ringtones from the London Symphony Orchestra. Priced at $6,600 (€4,900), Constellation will be available at select Vertu boutiques starting this month. 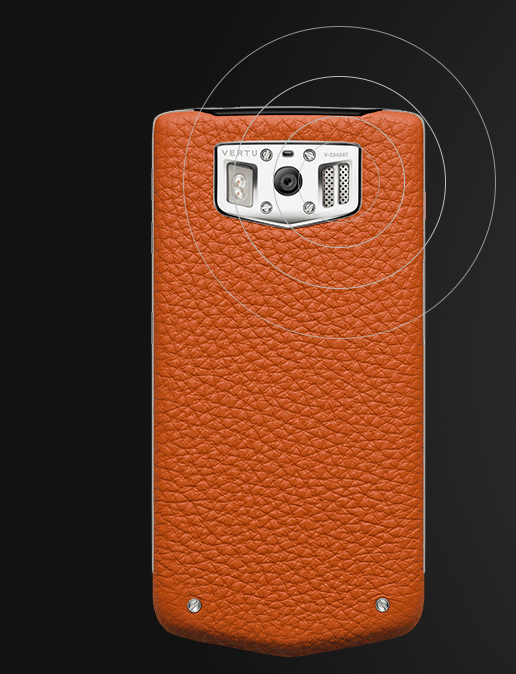