The Donald Trump iPhone7 is not something Goldgenie planned on doing. According to Goldgenie’s managing director, Frank Fernando, this special edition is the result of a custom order placed by a Chinese businesswoman living in Sharjah. CNN Money also reports the company believes their client is hoping to give it to Trump as an inauguration gift. 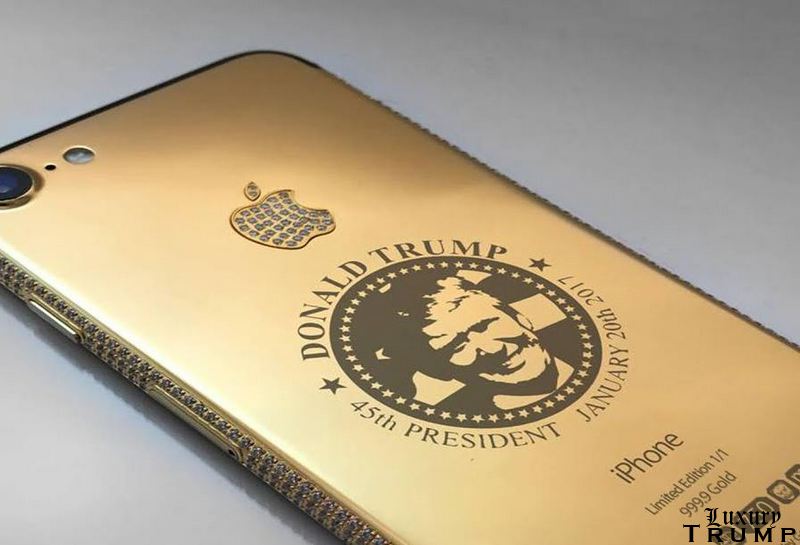 How many Chinese women in the world have access to Trump’s inner circle so she can get close to him to give the gift? One name comes to my mind – Rupert Murdoch’s ex-wife Wendy Deng – a good friend of Ivanka and Putin.

The opulent phone is catching up with the billionaire set. Goldgenie already received nine orders for it. “There are very wealthy, high-net-worth individuals all over the world and sometimes it’s very difficult to buy gifts for them because they have everything,” Fernando said.

Goldgenie’s team of artisans spent over 180 man hours designing and crafting this unique piece. There are over 450 VS1 white diamonds encrusted on the edges and the Apple logo. Donald’s portrait is engraved on the back along with his name, 45th President of the United States and January 20th, 2017. Interestingly it also features “Limited Edition 1/1” on the back, perhaps design-wise rest of the Goldgenie Donald Trump iPhone7 collection offer something slightly different. The Donald is not Donald if he is not covered in gold.