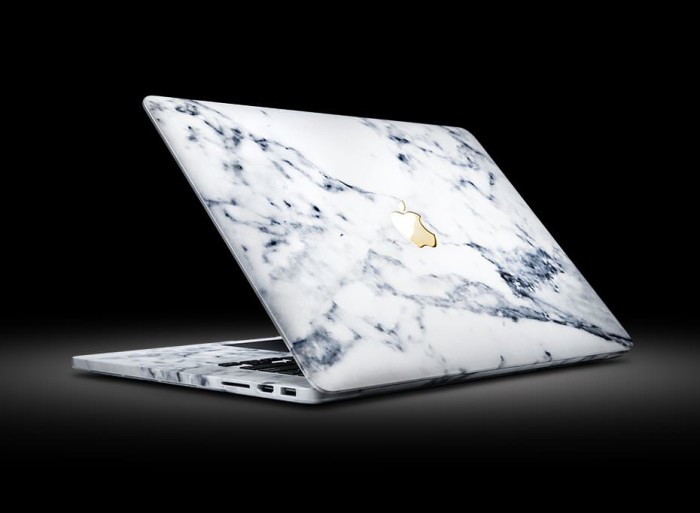 Couple of weeks ago ColorWare was in news with their customized iPhone 6s and iPhone 6s Plus. They gave both handsets a retro Apple look with the rainbow logo and sold them out in no time. There is good news for Apple fans who missed out on getting a retro iPhone. ColorWare just announced the MacBook Pro Marble – a handcrafted 15” MacBook Pro Retina with the look and feel of marble. Though there is no real marble used in making it, thanks to advanced art techniques it does look like carved from a solid block of marble. 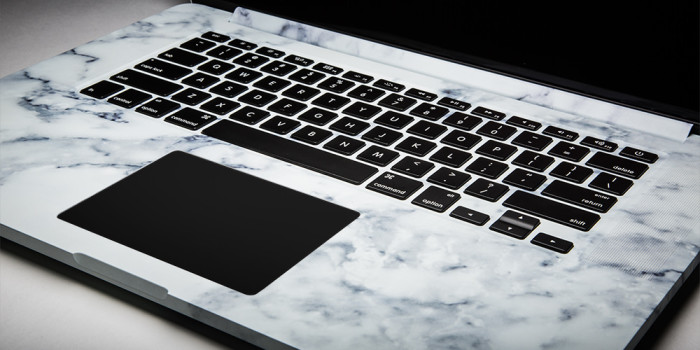 If luxury in the form of marble pattern is not enough, ColorWare made sure to add a 24 karat Gold Apple logo to it. The pale gray surface sports a dark bluish black elegant pattern. Specifications include a 2.8GHz Quad-Core i7 processor, 1Tb Hard Drive and 16GB storage. Powered by Mac OS x Mavericks, it also come with a 720p HD FaceTime camera, built in wi-fi and Bluetooth connectivity. 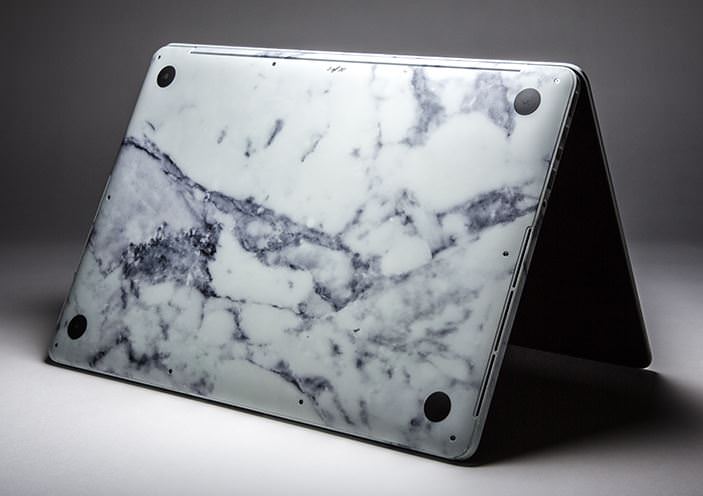 Justin Cisewski, CEO at ColorWare stated, “Marble skins have been around for a long time. Dozens of manufacturers have replicated the skins, or cases, but they have the look and feel of a skin. We pushed the boundaries of art application to create an elite MacBook Pro Retina reminiscent of carved marble used in ancient Roman sculptures. This product goes way beyond a skin or case.”

Last year ColorWare released a MacBook Air Pro with a retro design, which sold out in four days. The MacBook Pro Retina Marble is a limited edition of just 10 units and has a $7,000 price tag. 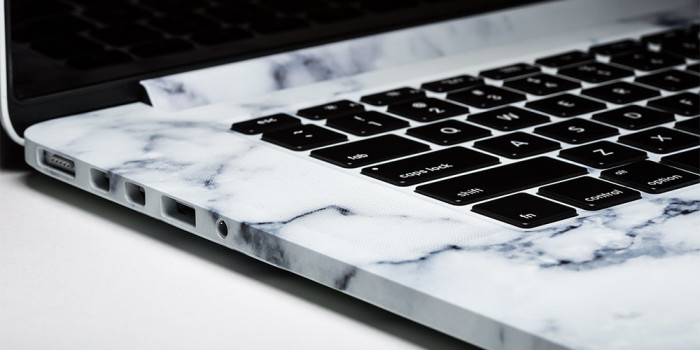