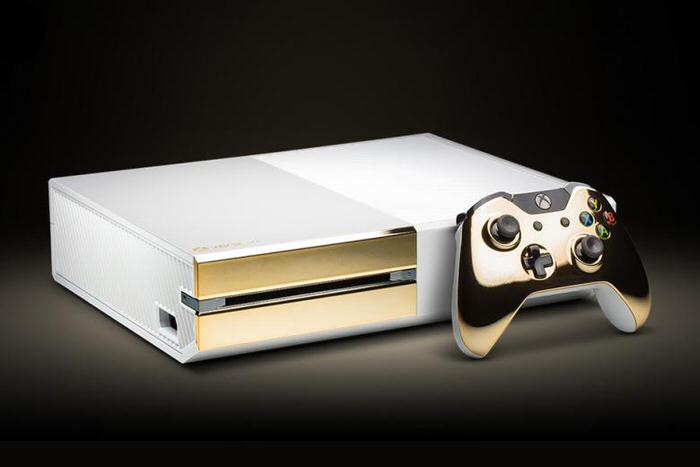 Couple of months ago ColorWare released a 24 karat gold coated limited edition version of the Xbox One consoles. Now the time has arrived to dress the exquisite Xbox One itself in 24 karat gold. Aptly named ColorWare 24k Xbox One Pearl, you are not going to find much leftover black from the original on it, as almost most of it is now covered in a gloss pearl finish with gold-plated accents. All that is left for ColorWare to do is now cover the Kinect version in gold or any other precise material.

As you already know when ColorWare work on customizing devices they completely disassemble the whole thing, then coat them with whatever they are using and put the thing back together. They know their work and quality control is top class, so they offer a no nonsense warranty with the gold-plated 24k Xbox One Pearl. The 500GB comes in original packaging along with console, a power cable and adapter, power brick, one wireless controller with batteries, headset and headset adapter, and documents. 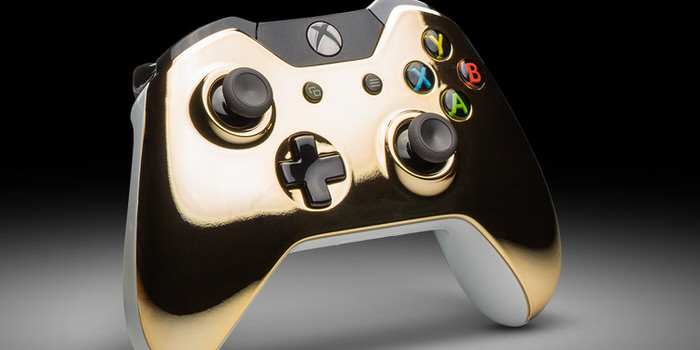 Over the years there have been luxury versions of the Xbox One including the gold-plated one we found at Harrods in 2013 for $10,000. Even though ColorWare’s 24k Xbox One Pearl does not cost a hefty $10k, it still come at a price $1,199. Limited to just 50 units, once the order is placed it takes 3-4 for weeks for them to ship. 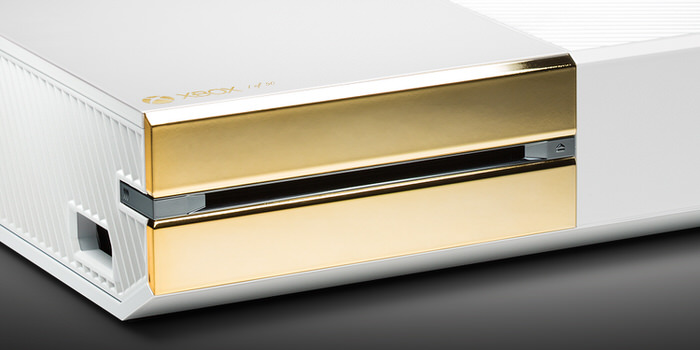