Russian strongman Vladimir Putin is not everyone’s cup of tea, but if he’s yours here is a way to show your love and admiration for the comrade oligarch. An 18 karat gold wrapped iPhone 5S named Caviar Supremo Putin is now available on the market, a creation of Italian luxury phone maker Caviar/Perla Penna. The phone carries an engraved portrait of Vladimir Putin, Russian coat of arms and the first lines of the national anthem. Engraving is done by using new technology “Bulino” developed by engraver Lorenzo Gamba. 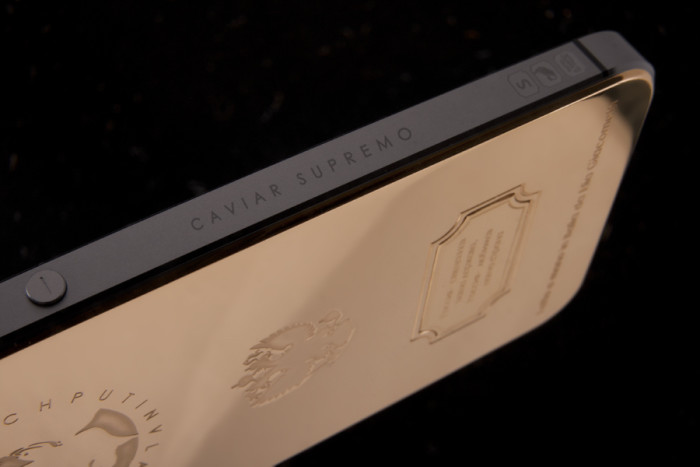 Caviar feels with the Russian president in trouble with most of the superpowers over various issues including Ukraine, it’s time Russians express their solidarity with Putin. Best way to do this, according to Caviar is by buying their phone. In Caviar’s words “Caviar Supremo Putin – this phone application, phone call, the best way to express patriotism. In the highest circles in which devotion to the homeland will never be an empty shell.” 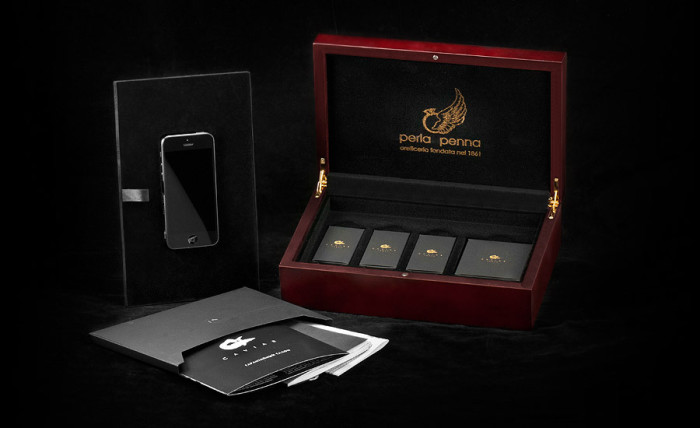 Priced at Rubles147,000 ($4,340), the Supremo Putin arrives in a luxury varnished wooden case with black velvet lining. Putin, however, is in good company, Caviar’s previous phones featured Muhammad Ali and Leonardo da Vinci. The Moscow Times reports since the troubles in Ukraine and Crimea started Putin’s approval among Russians is very high and anything with his face is very popular and in demand.