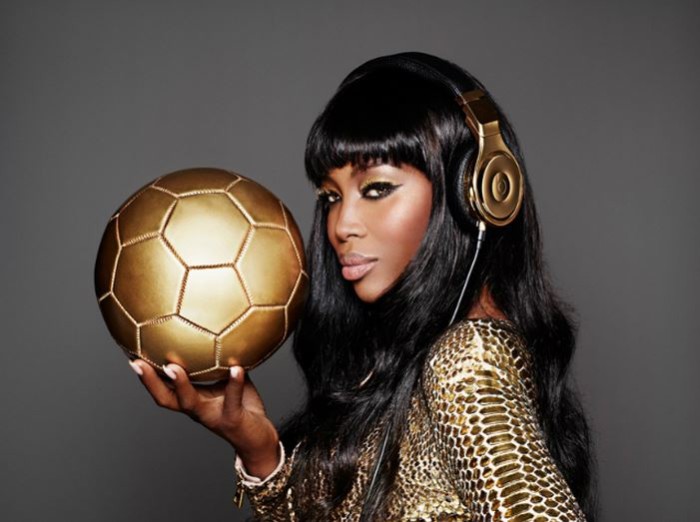 In January entire squads of Super Bowl finalists Seattle Seahawks and Denver Broncos received diamond studded headphones from Beats by Dre, each pair cost the company $25,000. Beats by Dre now owned by Apple is not one to shy away from looking for publicity, this time around they are giving away Beats Pro headphones covered in 24 karat gold to FIFA World Cup winning German football team. British supermodel Naomi Campbell has teamed up with them to give a helping hand.

Designed and created by the same team that worked on Daft Punk’s helmets, all 23 players of the German squad and the manager is on line to receive luxury Beats By Dre And Naomi Campbell headphones. Naomi Campbell has modeled the gold headphones in a photo shoot dubbed “Golden Project” with photographer John Rankin dressed in a Tom Ford sequined gold gown, Christian Louboutin peep-toe ankle boots and holding a gold football.

Later Naomi took to Instagram to show off pictures of the photo shoot and said, “Working on the Golden project with Beats by Dr. Dre was so much fun.” She also added, “The shoot was loud and energetic…I even got to practice my football skills! This was the first time I’ve had the chance to work with the legendary Rankin, so it was a dream shoot. The Golden project is the perfect way to celebrate the German victory and I’m glad to be a part of this campaign.” 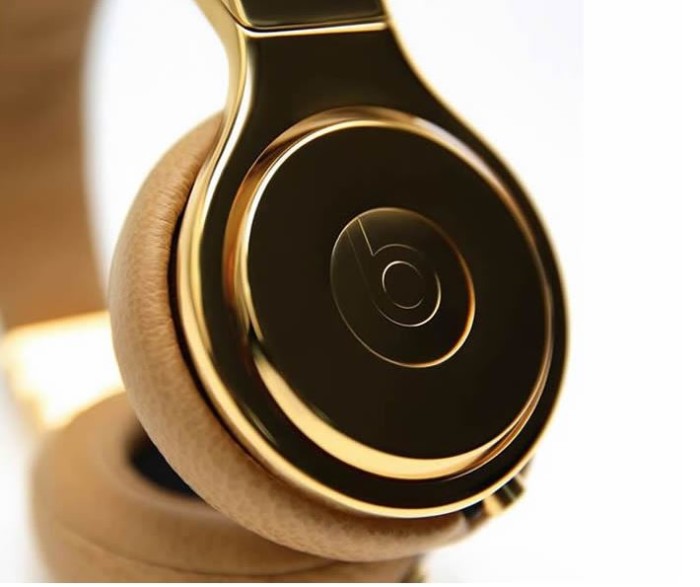 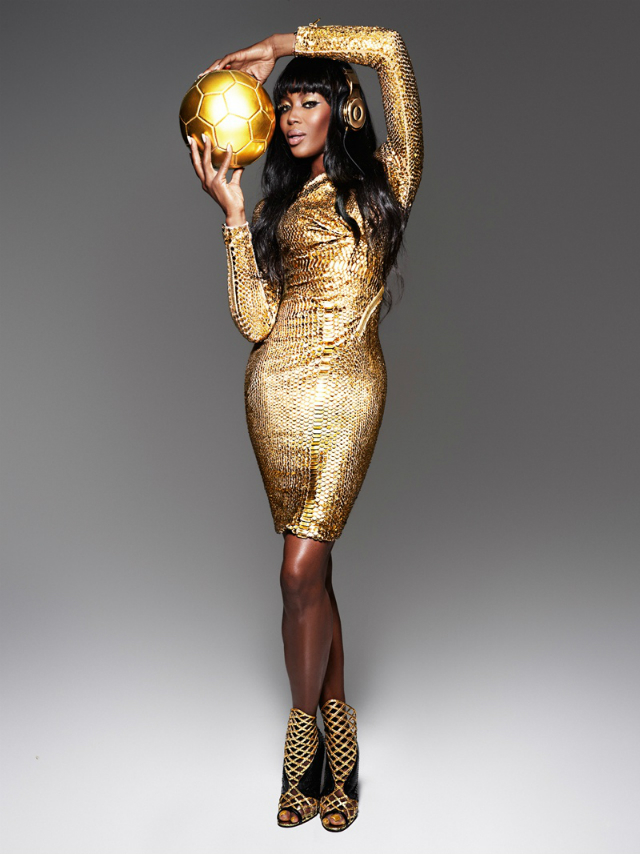 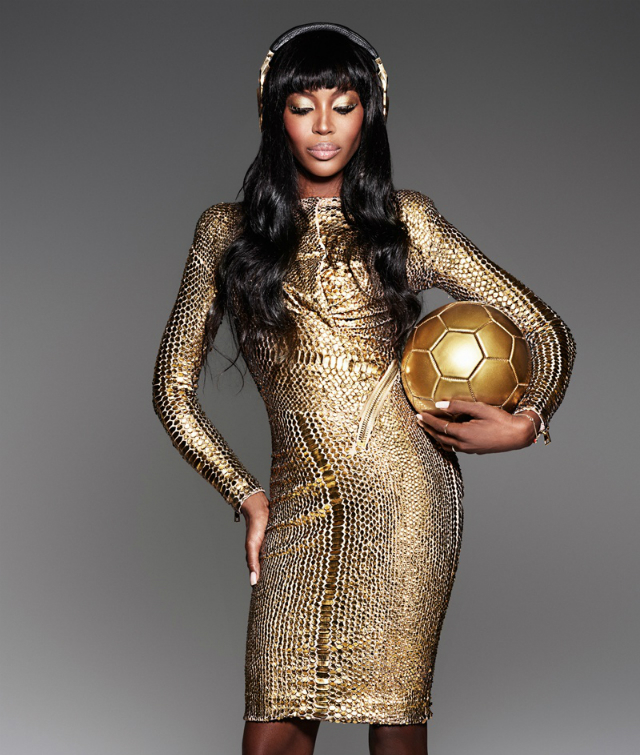 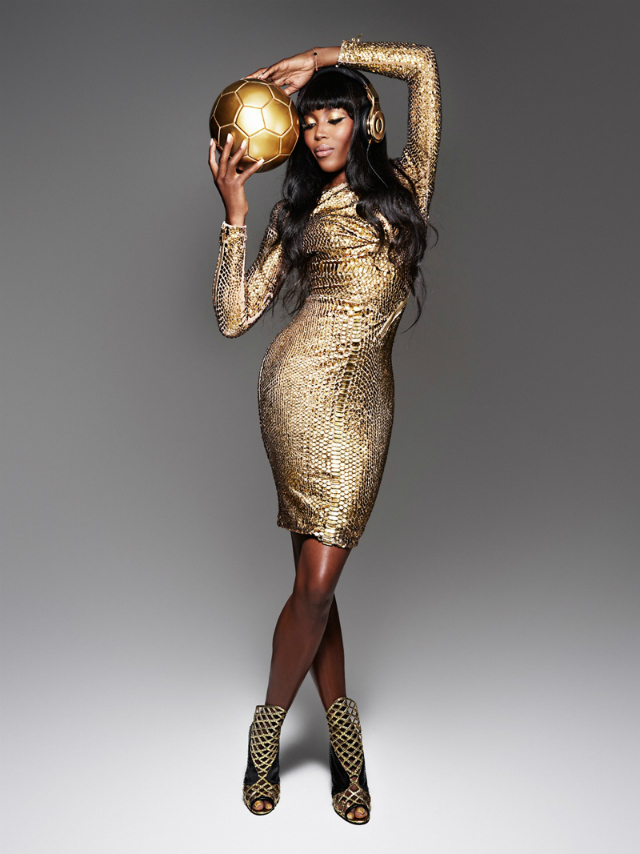