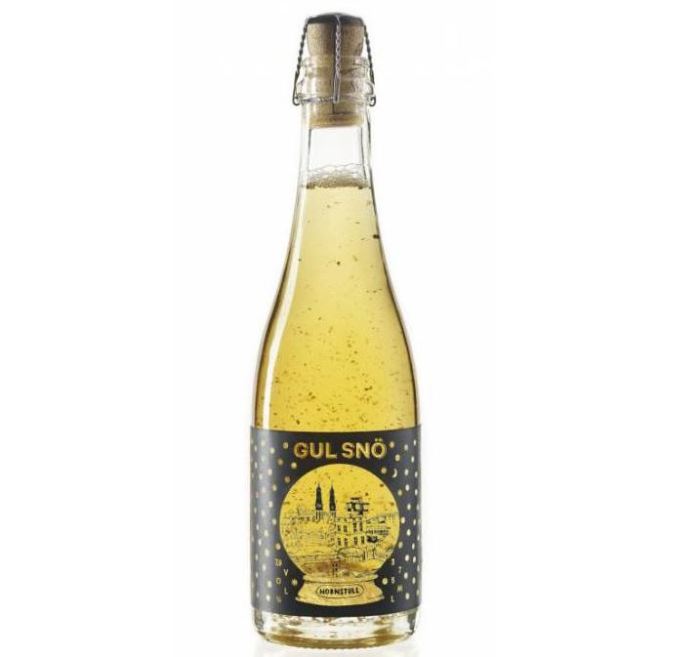 Beer that look like champagne, there is one brewed in Sweden as you read. Pang Pang, a micro brewer from Stockholm has infused their beer with 23 karat German gold leaf flakes to make a “golden beer” for this festive season. The beer is called Yellow Snow Beer and contains 7.9% alcohol, this numeral is significant because gold is identified with the number 79 on the periodic table.

A special edition, Yellow Snow Beer even comes in a champagne-like bottle and a cork-top to go with. Adding gold leaf to the beer is done only after completing the entire beer-making process and specks of them can be seen floating through the bottle like a snow globe. Its other ingredients include Styrian Golding, star anise and bitter orange.

We don’t know how much one of these precious Yellow Snow Beer’s cost, they however are made in a limited edition of 1,900 bottles only. This means if you lust after one, you probably have to move to Sweden in a hurry.