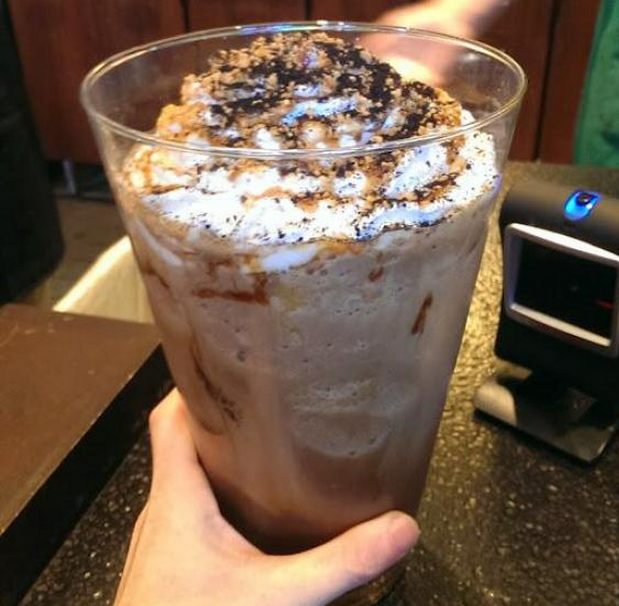 Texas is big, Texans thinks and dream big. This Starbucks loving Texan, Andrew Chifari, acted upon his Starbucks dream by breaking the record for Most Expensive Starbucks Drink Ever. His bespoke Starbucks beverage included 60-shots of espresso, no less. His 128-ounce concoction started with a Sexagintuple Vanilla Bean Mocha Frappuccino base, then he spiced it up by adding mocha, white mocha, protein powder, and caramel and hazelnut drizzle. His bill ran upto $54.75, best part is he didn’t have to pay.

Dallas native is a regular Starbucks customer and a Gold Member of coffee makers loyalty program. For every 12 beverages he buys, he gets a free drink of his choice, any size. Everyone, that’s why he didn’t have to pay $54.75 for his record breaking drink. After drinking 1/3 of it, he tweeted “I gotta say, it was delicious”.

Andrew told Consumerist “The $47.30 guy put in bananas, strawberry, matcha powder, pumpkin spice, and lots of other things that probably don’t go well together and definitely don’t go well with 40 shots of espresso. They help raise the price, so I can’t fault him for the strategy, but I didn’t want to go that route.” He planned it so well, he even brought his own 128-ounce glass for the special order, a flower vase.

Had he drank the drink packed with 4,500 milligrams of caffeine in one go it would’ve killed him. However, the smart Texan decided to enjoy it by drinking in small portions, took him five days to finish it. Along the way he saved a week’s worth coffee money.

Andrew made sure everyone in social media knew about his Most Expensive Starbucks Drink Ever and its progress by giving updates on Twitter. 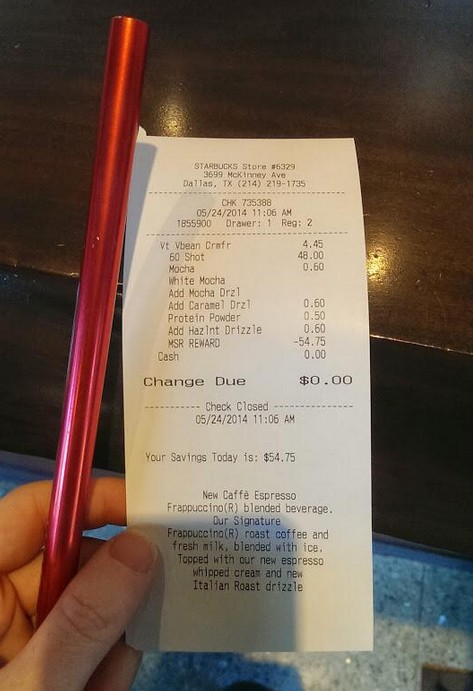