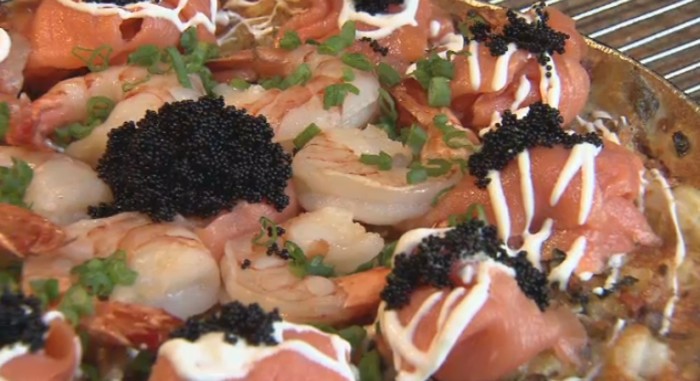 World’s most expensive pizza costs $450 and comes topped with all the luxury ingredients you can find in the gourmet world. Stevenson Pizza, a pizza parlor in Vancouver, Canada decided to make their plain old pizza a luxury by adding smoked salmon, tiger prawns, Alaska cod, lobster and mushrooms, and topping it with a mountain of Russian caviar.

According to the owner of Stevenson Pizza, Nader Hatami, he introduced the haute pizza two years ago and so far sold just seven of them. He’s more after the free advertising, worldwide recognition and buzz it brings to his business. Hatami said, “It’s not your usual Friday night pizza. I kept on going with ingredients and eventually I priced it. It was quite expensive. I have had people buy it for a retirement party, for special occasions or to impress a crowd. It’s been quite famous.”

The 12-inch fresh seafood pizza, named C6, can be cut into 10 decent slices with each slice costing a pricey $45. Along the way, this little pizza parlor was able to beat Gordon Ramsay’s 2005 white truffle pizza to claim the title as world’s most expensive pizza. 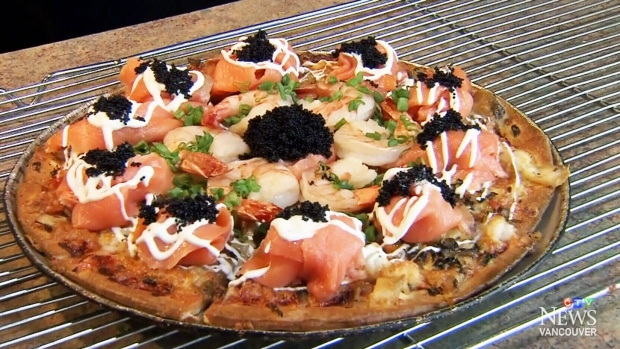