If you have to pay £50 (around $80) for a glass of milkshake, you definitely have to be a millionaire or at least an “almost there millionaire.” Grill ‘n’ Shake family restaurant in Cardiff, UK introduced their £50 decadent Millionaire’s Milkshake last Saturday (June 20) to celebrate National Vanilla Milkshake Day. It is not a regular menu item at the moment, Imtiaz Hussain owner of the American diner themed eatery is however more than willing to add it as a regular item if there is demand for it.

Having best ingredients is a must for anything that comes labeled “world’s most expensive”, and Grill ‘n’ Shake do not disappoint us with the pricey ingredients they used for the milkshake. Listed components include ice cream made from Tahitian vanilla pods, rich Jersey milk and strands of saffron. They have topped it off with a sprinkle of 23 karat edible gold leaf, Italian black truffle shavings from Umbria and Amedei chocolate from the Tuscany region of Italy. Amedei chocolate has a reputation to maintain as it was also used in Serendipity 3’s $1,000 Golden Opulence Sundae and the most expensive cupcake the Golden Phoenix made by Bloomsbury’s in Dubai. 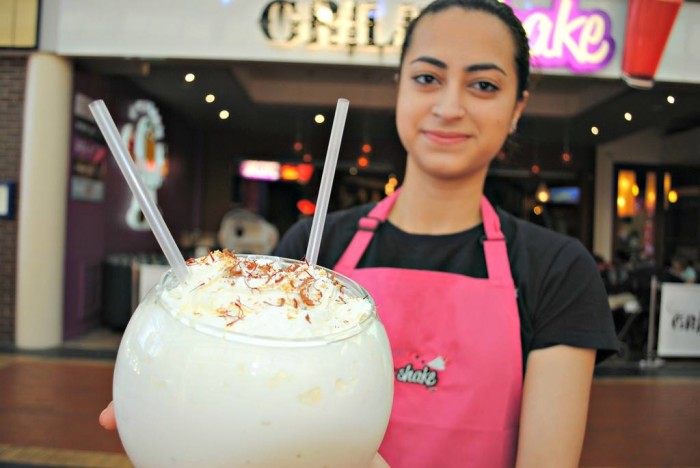 Imtiaz Hussain said of his culinary masterpiece “Our milkshakes normally cost around £3.75 but we wanted to push the boat out and celebrate Vanilla Milkshake Day in style. We have sourced the best and highest priced ingredients from around the world to create a milkshake of pure luxury. If it becomes popular then we may just add it to our menu.”