I love wine, you love wine and we all love wine. If there ever was a time we needed a bottle or two good wines before the holidays – last couple of days was it. Luckily for us, we received a couple of exceptional California wines from HALL & WALT brands to taste: a full-bodied 2013 Hall “Coeur” Cabernet Sauvignon (93+ points) and a 2014 Walt “Clos Pepe” Pinot Noir (94). The two wines are part of this year’s Holiday Gift Sets from HALL & WALT. Of them, I really liked the inky-purplish Hall “Coeur” with rich flavors of black currant and plum and this is going to age beautifully for good 15 years. The floral-nosed Walt Pinot Noir is more of a medium-bodied wine with black plum, tart plum skins, and bitter black tea flavors.

Whether you are looking to gift wines to a seasoned collector, novice wine drinker or want to add to your own collection, HALL & WALT brands have put together an impressive collection of Holiday Gift Sets with prices ranging from $50 to $1,075. One of the gift sets “A Perfect Pair Set” comes with a book, A Perfect Score. It tells the story of HALL & WALT brands, an excellent gift for anyone interested not just in wine but a bit of history too.

Have a look at five of the Holiday Gift Sets below, there are some lovely Napa Cabernets and Pino Noirs to pick from. Chocolates, cheeses, and steaks? 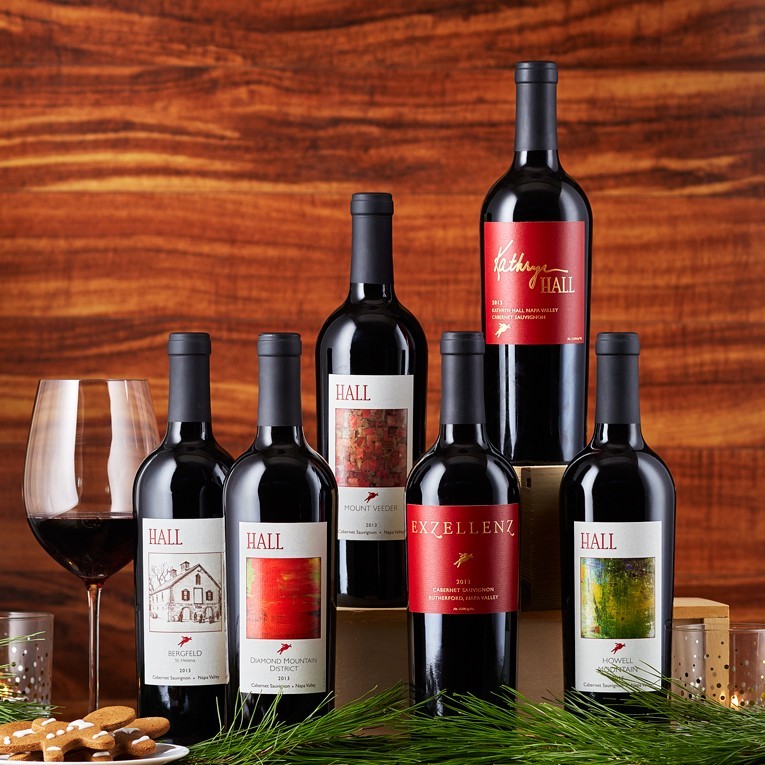 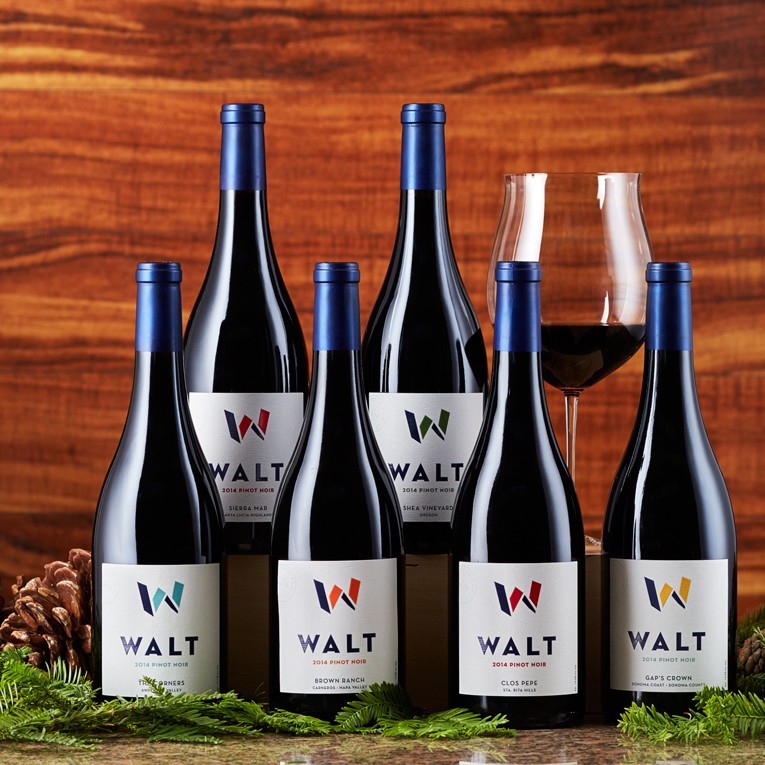 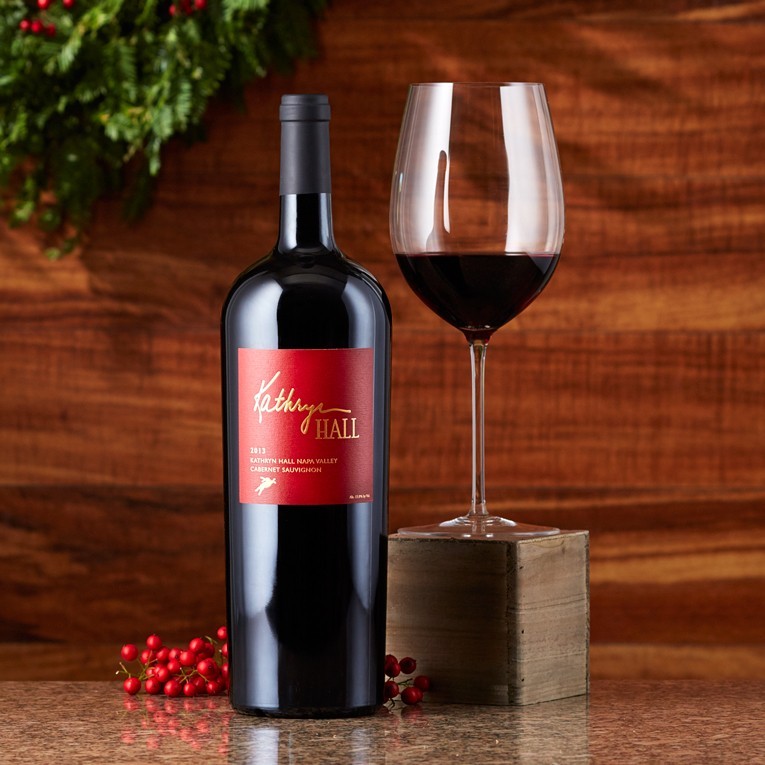 Robert Parker of The Wine Advocate described this wine in one word “Spectacular!” He also wrote, “this is a sensational inky, full-bodied wine that will come close to being a perfect wine when bottled after its full élevage in barrel.” Price –  $360 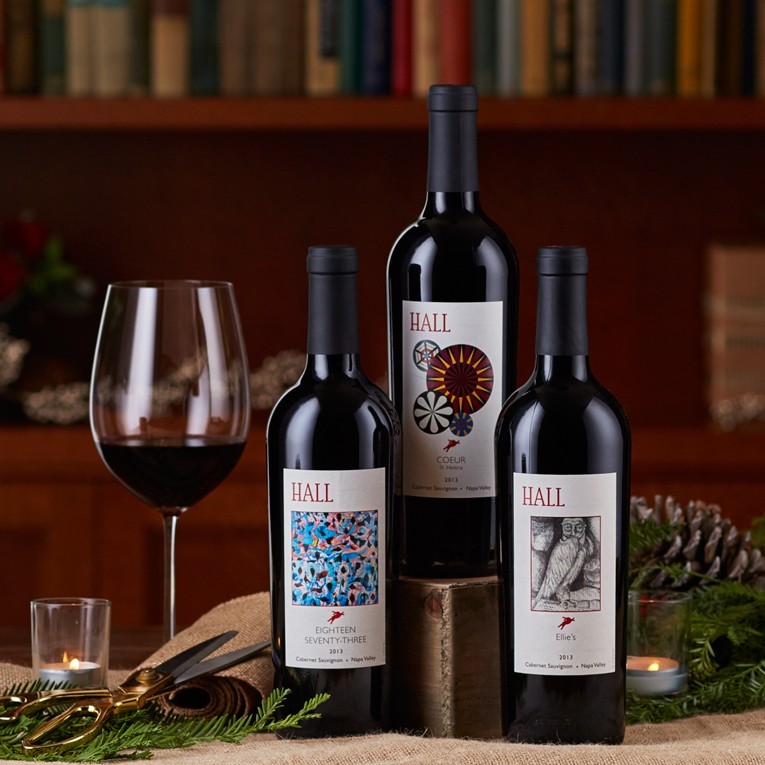 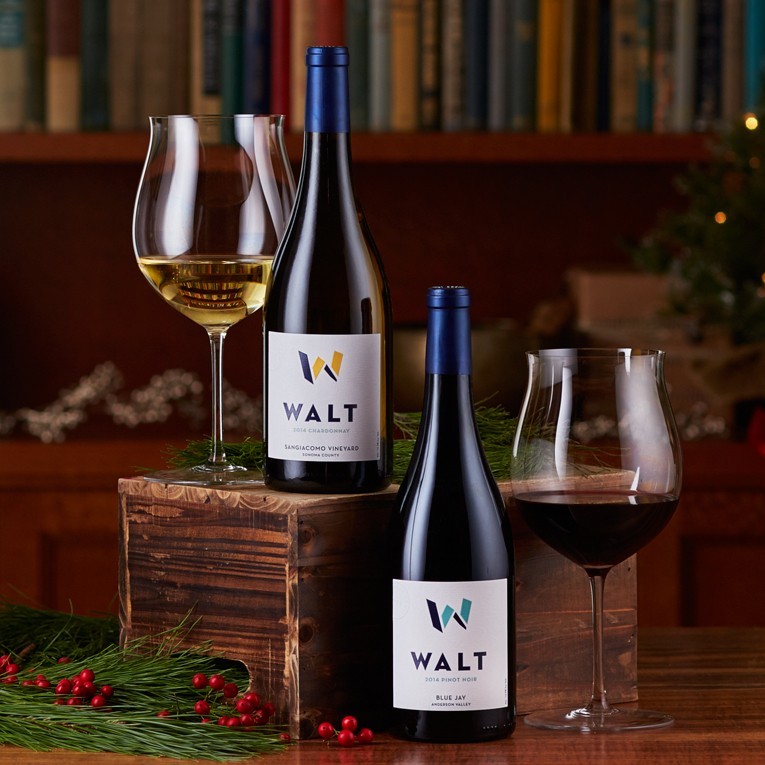 A red and a white from WALT brand. The set includes 2015 Sangiacomo Chardonnay and 2014 Blue Jay Pinot Noir wrapped in a gift box. Price- $110