Japanese food companies love to mix, match and add attention-grabbing items to their menus. Latest to get a new spin is one of Japan’s popular snacks – steamed pork bun. The steamy meat-filled buns are said to be popular especially in the cold winter months. A new version introduced yesterday by Japanese convenience store chain Mini Stop takes a new turn – from its usual savory flavors to sweet. The new bun called the Marugoto Purinman in Japanese, which translates to “Whole Custard Pudding Steamed Bun” in English is filled with an entire custard pudding. It looks like a pudding inside a lemon. 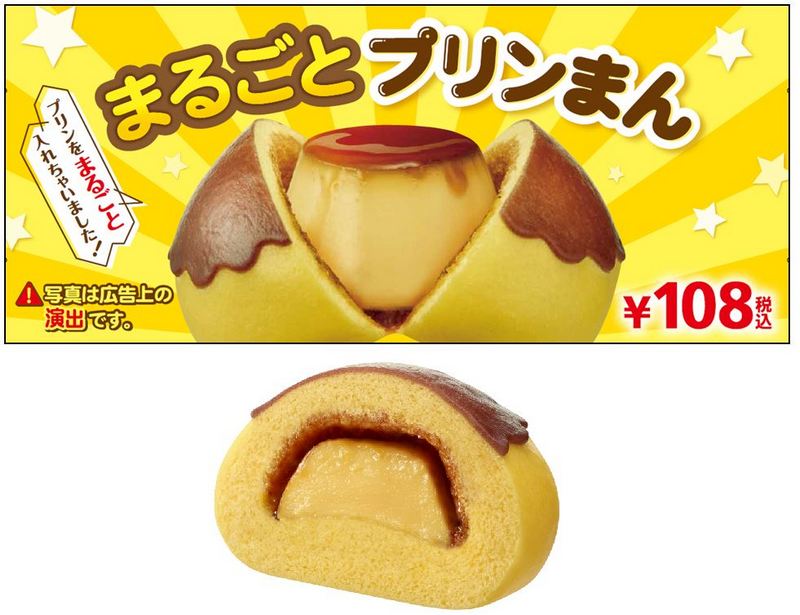 The crème caramel topped with cocoa is hidden inside a beautifully decorated steamed bun. For the pudding, they used whole egg yolks to get its smooth and creamy texture. To increase bun’s sweetness they mixed the dough with caramel sauce. The entire thing is then steamed to create the sweet mouthwatering Whole Custard Pudding Steamed Bun. 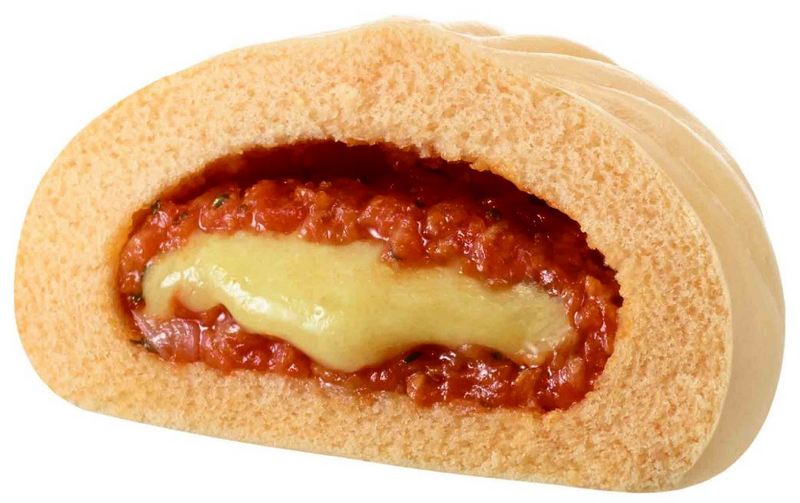 The sweet bun is one of four new steamed buns introduced by the Mini Shop chain. The savory buns include a “Cheeseman”, a “Pizzaman”, and something out-of-the-ordinary even by Japanese standards, a “Sausageman” (looks a lot like “pigs in a blanket”).

Pricing is set at ¥108 ($.95) for a Whole Custard Pudding Steamed Bun and savory buns between ¥118 and ¥148 (about $1.00 to $1.30). Until 26 January the new steamed buns collection is only available in select Mini Stop convenience stores, they plan to roll them out at all Mini Stop outlets around the country on 27 January. 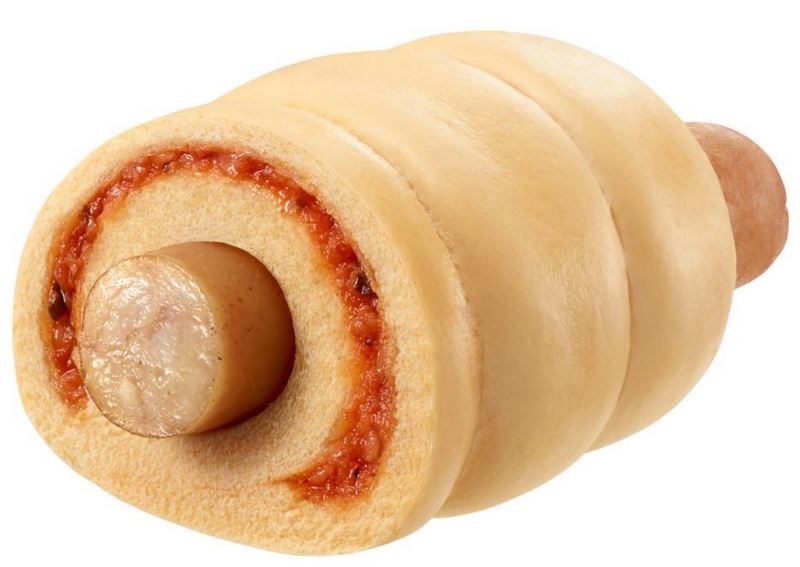