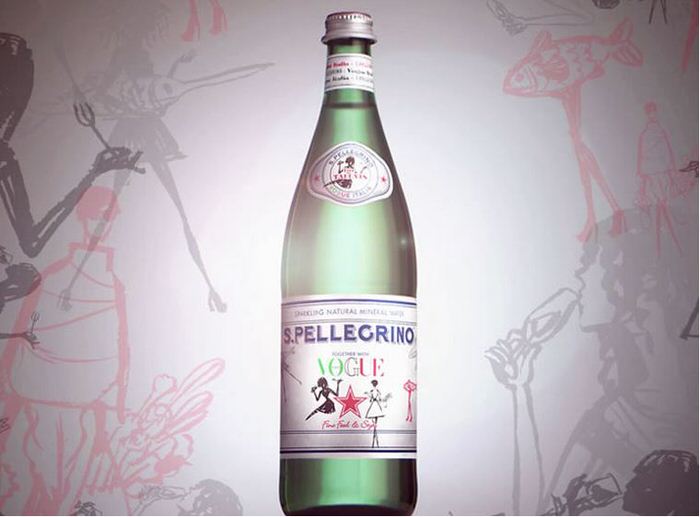 Fashion magazines dedicate entire special editions to icons all the time, so why not someone dedicate something to a fashion magazine. That’s exactly what S.Pellegrino has done, they’ve dedicated one of their new sparkling water bottles to Vogue Italia. The Vogue Italia by S. Pellegrino special edition bottle also celebrates the exceptional association the two iconic companies have – one dedicated to high fashion and the other to high living.

They have also partnered to present “S.Pellegrino Young Chef 2015” competition with Vogue Italia by S. Pellegrino bottle taking center stage. For the competition up and coming chefs from world over joins a group of promising designers, their challenge is to present creations that bring art, fashion and taste together. This in fact is a two competitions rolled in to one kind of thing. An international jury will be on hand to unearth the “S.Pellegrino Young Chef 2015” while the Vogue Italia is there to select the winner in the “Most Talented Designer” competition.

The S.Pellegrino Talent Awards are slotted to be held on June 27 2015 during the Expo Milano 2015 and they expect at least 20 million visitors to the fair. S.Pellegrino is the official water supplier to the Italian Pavillion and the entire Expo Milano. Between now and June, S.Pellegrino Vogue Italia limited edition bottles are available at the Harrods Food Hall and a few high-end restaurants and bars.