It is always exciting to read about best food and best restaurants in the world. The world is full of tempting food that forces you to abandon New Years and all other daily resolutions in the blink of an eye. Bursting with flavors they enter your gullet via various methods that include just stuffing by hand in a corner bistro or if you are in a fancy restaurant with a fork and knife. A couple of days ago in London this year’s World’s 50 Best Restaurant awards were presented, Spain’s El Celler de Can Roca (above) went home once again with the top award. El Cellar won the award previously but dropped to second place in 2013.

Here we have the top seven restaurants in the world based on the votes of over 900 international journalists and leaders of the restaurant industry. It was organized by Restaurant Magazine with help from co-sponsors S. Pellegrino and Acqua Panna. For a detailed look at the full list header over here, to buy a copy of the guide click here. 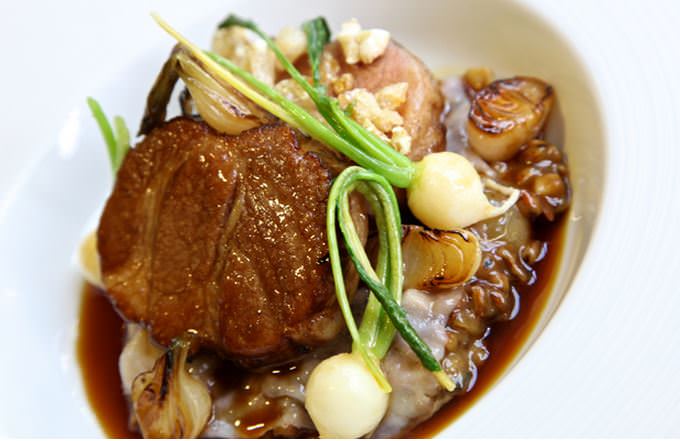 If you want to try British dishes from 1300s Dinner by Henston Blumenthal is the place to be. With the day to day affairs in the kitchen run by Blumenthal’s right-hand-man Ashley Palmer-Watts, they have brought back old recipes to life with present day ingredients and cooking techniques. Their signature dishes include meat fruit (a ball of chicken liver parfait encased in mandarin jelly) and tipsy cake (brioche soaked in Sauternes, brandy and vanilla cream served with spit-roast pineapple). At the chef’s table 6 guests get to watch Ashley and his team in action, and they serve a sample menu with items from their a la carte menu in smaller portions. 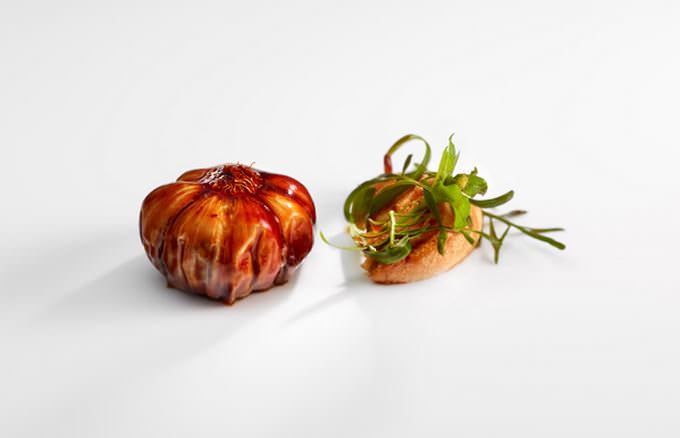 Chef-owner Andoni Luis Aduriz does not believe in menus but takes a lot of pride in using freshest ingredients and experimenting with dishes. Hs dishes are works of art and include creations such as edible stones, candy caviar, chocolate cake, cold almond cream and cocoa bubbles. The restaurant itself is a small wooden building where Anduriz experiments with flavors, smells and textures to deliver the best sensory and creative experiences. 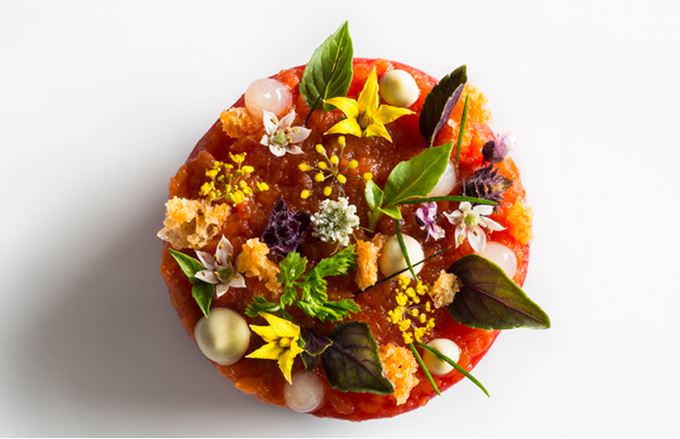 A fine dining restaurant with a playful side where dishes not only taste heavenly but interactive as well. Co-owners Daniel Humm and Will Guidara has put a lot of emphasis on creating a balance between great food and outstanding service. Swiss Chef Humm prepares $225-per-person tasting menu sourced mainly from New York’s rich agricultural bounty that includes buying carrots from a Hudson Valley farm for carrot tartare that is prepared at the table with a meat grinder. Four specially commissioned chocolate bars from Mast Brothers called “Name That Milk” arrives at the table in an ornate wooden box with pencils and a card with four animal drawings. Diners are encouraged to taste each bar to determine which bar belongs to which animal – cow’s milk, sheep’s, goat’s or buffalo’s. 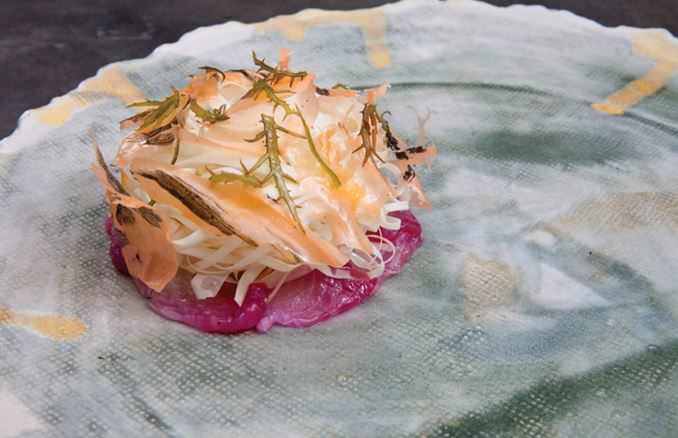 Central in every sense world is central to everything Chef Virgilio Martinez and his team does at the restaurant. Located in central Lima, Central restaurant serves a host of Peruvian dishes influenced by Martinez’s international experiences. Some of the dishes are prepared with ingredients found in Peru that even native Peruvians didn’t know about and include cushuro, the caviar-like bacteria found in the mountains after a rainstorm and tunta, a white freeze-dried tuber dating back to Inca times. One of the signature dishes on the menu is “Extreme Altitude” which consists of aforesaid cushuro along with frozen potato, mullaca root and paico. 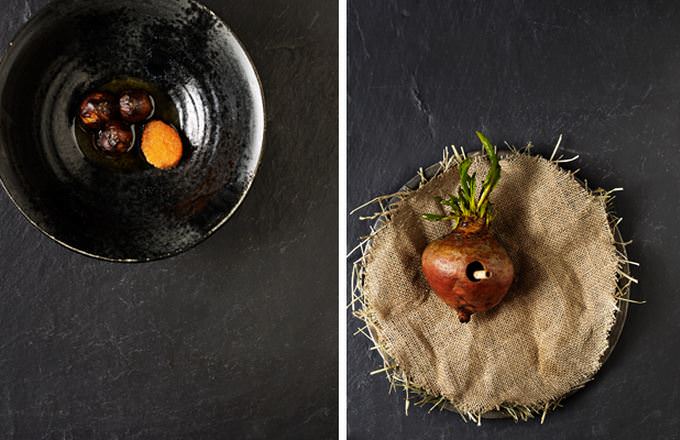 Run by Chef René Redzepi, this is the restaurant that made carrot a star in fine dining. Winner of last year’s top spot in The World’s 50 Best Restaurants list, Noma and Redzepi had a busy 12 months including a successful five-week trip to Japan, where they opened a pop-up restaurant at Mandarin Oriental, Tokyo to introduce Nordic cuisine based on Japanese produce. Known as the king of Nordic cuisine, Redzepi has made a point to find ingredients from nearby forests and shores. Dishes are created using seasonal ingredients and this season’s creations include the first green shoots of spring with a scallop marinade. 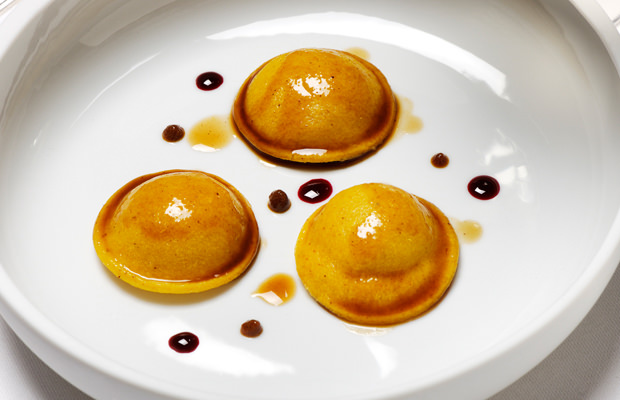 Owner-chef Massimo Bottura makes it a point to highlight and celebrate dishes from his home province of Emilia-Romagna in northern Italy. For a chef who has traveled the world extensively in search of culinary nirvana, dishes at his restaurant stays true to its Italian origins. However, he makes sure to give a new spin to existing food – like serving Parmigiano Reggiano cheese in five different ages in forms and textures even the native diners have not experienced before. His tasting menu also includes snacks such as rabbit macarons, eel ravioli and suckling pig with balsamic vinegar. One thing is for sure at Osteria Francescana you never know what mouthwatering fare going to land on your plate. 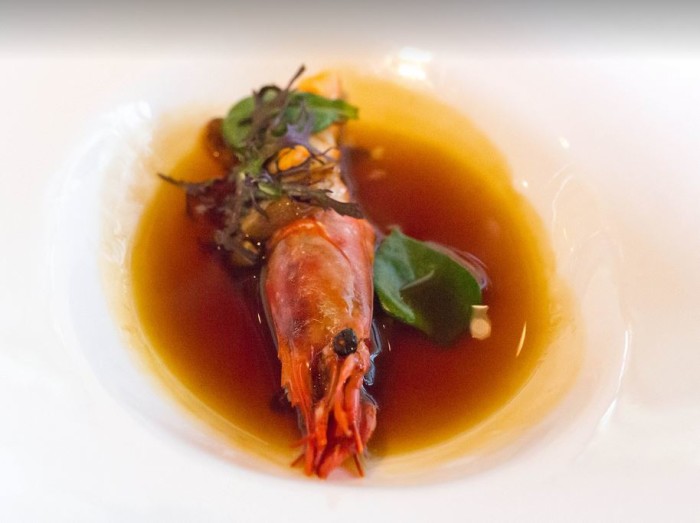 Taking the top spot once again is Spanish culinary experts El Celler de Can Roca. After missing out last year, this modern restaurant from Girona run by Roca brothers returns to its familiar place with their innovative cuisine. The Roca brothers are an adventures bunch, last year they closed the restaurant temporarily and went on a restaurant tour across southern US and part of Latin America. One of Catalan restaurant’s famous dishes includes charcoal-grilled king prawn with king-prawn “sand,” ink rocks, fried legs, head juice, and king prawn essence. They also serve a fine collection of wines.