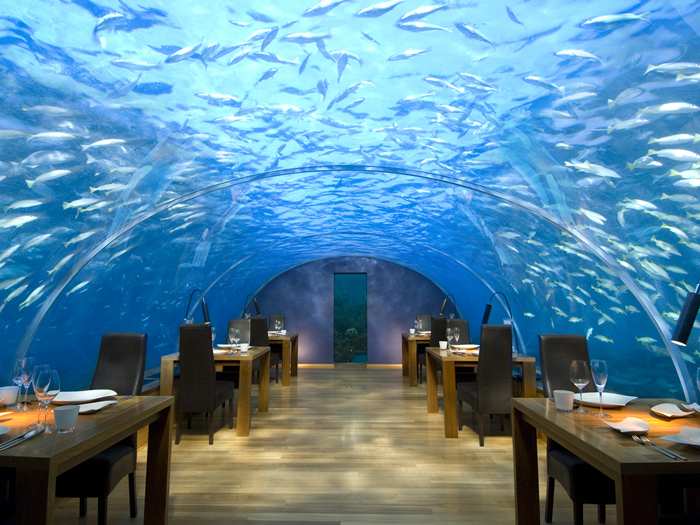 Food blog, The Daily Meal has prepared a list of 10 Most Beautiful Restaurants in the world for your eyes to feast on. List features extraordinary restaurants with extraordinary decorations and architecture. They come in different sizes and some in unexpected places. These are the restaurants that you’d consider going for a romantic dinner, because they offer more than a delicious meal.

In preparing the list the Daily Mail took many aspects into consideration. Few of them include accolades for the structure, design awards, mentions in publications and designers of the restaurants. Other factors considered include beautiful location, aesthetically pleasing interiors and restaurant awards such as Michelin Stars.

No. 1 beautiful spot for a chow down is located few meters under sea in Maldives at the Conrad Maldives Rangali Island, one of the super luxury hotels in the Island nation. One of the special things about the Ithaa Undersea Restaurant according to the Daily Meal is “dining beneath a clear acrylic canopy, viewing the ocean from underneath like fairy-tale mermaids.”

Here’s the list of 10 Most Beautiful Restaurants in the World as chosen and described by the Daily Meal.

A rustic cottage ensconced in a canopy of green, but don’t be fooled into thinking low key translates to low class. Inside, the restaurant is cleverly designed with a cozy modern rustic feel and affords stunning views of the surrounding countryside. Chef Andoni Luis Aduriz offers some of the best farm-to-table fare in the world. 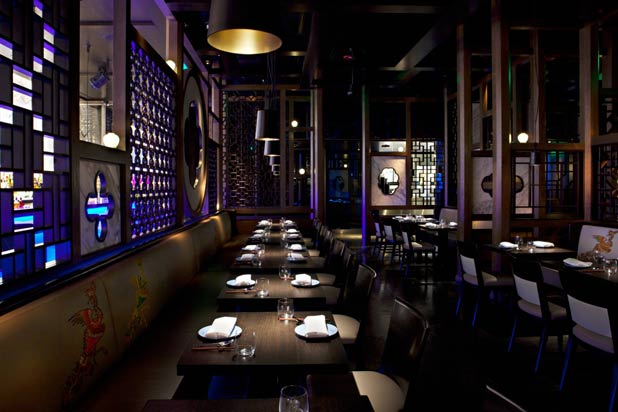 Hakkasan might just be the coolest restaurant you’ll ever visit. Intricately decorated to resemble a futuristic nightclub, the venue is owned by Sheikh Mansour bin Zayed al Nahyan, a prince in Abu Dhabi’s royal family.

The original Maiden’s Tower was constructed in 1110, and legend has it that the tower was built by an emperor to protect a beloved daughter, prophesied to die on her 18th birthday by snakebite and she did die on her 18th birthday. Today, however the tower is a truly unique restaurant offering spectacular panoramic views of the city and the old-world ambiance of the Byzantine era.

Like the best French food, architect Odile Decq’s L’Opera can only be described as decadent. From the plush red carpets and upholstery to the chic domed ceiling, this restaurant is rich, posh, and all the other adjectives that spring to mind when the topic is Paris. 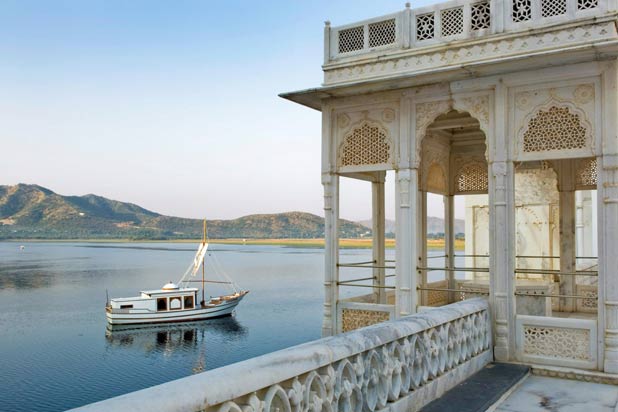 Guests at this gorgeous hotel are invited to step outside the traditional restaurant setting and are welcome to dine on the Mewar Terrace, overlooking both the Monsoon and City Palaces and beautiful Lake Pichola, or beside the romantic lily pond. 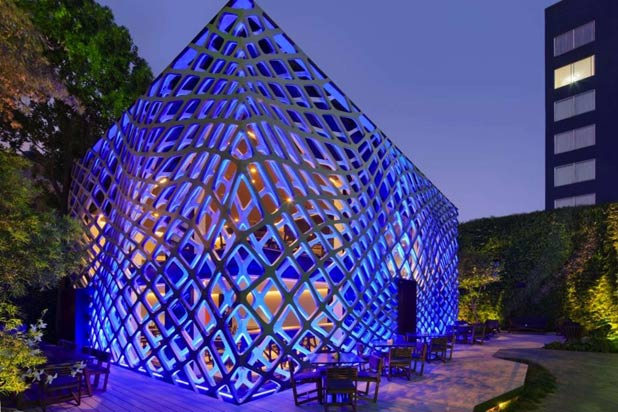 Architect Michel Rojkind’s Tori Tori is visually stunning, both inside and out. The restaurant is housed in a massive contemporary sculpture, which Rojkind intended to suggest the creeping ivy that surrounds the retaining walls, and each room within is meant to evoke some Earthy elements be it grass, wood, or lush vegetation. 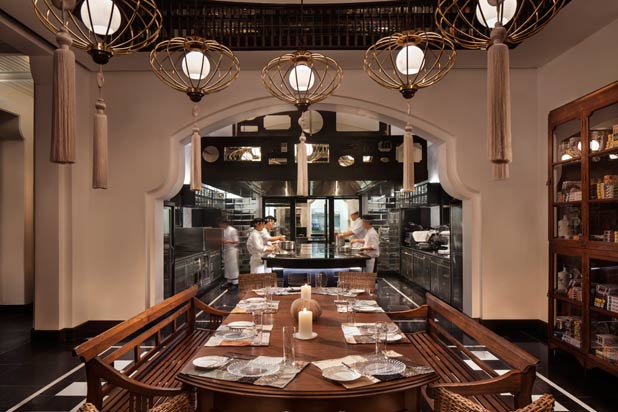 1888 are treated to spectacular views of the water, but they might forget to look outside as they wander through the multiple, exquisite dining rooms, accented with eclectic knick-knacks from all over the world.

Chef Alain Ducasse opened this venerable Monaco institution on a dare from Prince Ranier III, who bet the chef that it was impossible to win three Michelin Stars in four years. The prince was wrong, and one of the world’s greatest restaurants, Le Louis XV, was born. 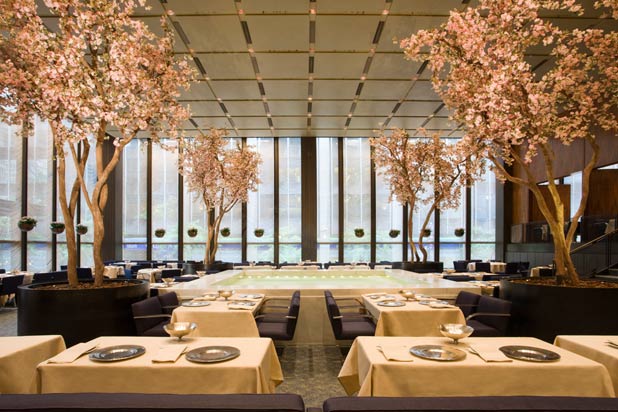 This beacon of modern dining is truly part museum and part restaurant. Opened in 1959, the building was designed by architectural superstar Miles van der Rohe, the interior by design luminary Phillip Johnson. Their intention was to combine art, architecture, and food to create a dining experience like no other. 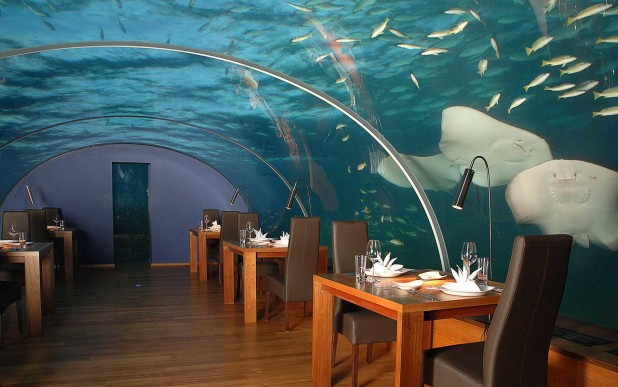 To gain entrance into this unusual restaurant — the first of its kind in the world — guests must descend a spiral staircase at the end of a long jetty. Once inside, they find themselves in Ithaa Undersea Restaurant, dining beneath a clear acrylic canopy, viewing the ocean from underneath like fairy-tale mermaids, as they’re treated to a scrumptious modern European menu.